Thanks to everyone who voted in my recent poll, where I asked readers to select what they thought was Dario Argento's greatest film. Not surprisingly, Suspiria topped the voting, with Deep Red claiming a couple of votes too. The latter is my personal favourite Argento film, but no one can deny the status of Suspiria. 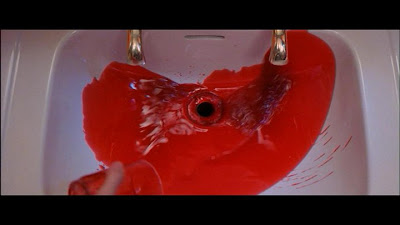 February was a memorable month because I was able to work through Argento's early classics. If you have yet to experience his filmmaking, and there are still plenty I need to see (Phenomenon and Opera notably), I strongly urge you to seek out his films. I am not sure what the next poll will be yet, but stay turned for more chances to vote.
Posted by Andy Buckle at 9:12 AM