July Mini-reviews: Enemy and The Immigrant

Enemy - The second straight collaboration (with Prisoners) between Denis Villeneuve (Incendies, Polytechnique) and the great Jake Gyllenhaal couldn't be more different from the other. This one is a mind fuck that is impossible to forget. As stylish as we have come to expect Villeneuve's films Enemy has a distinctly sickly look about it; a beige-golden colour-palette that suggests there is something sinister about the world we find ourselves in and not quite right about the character we start following - a dissatisfied, disheveled-looking and emotionally withdrawn history teacher with some unusual primal urges (Gyllenhaal). His days are stuck on repeat, and Villeneuve does a masterful job of conveying this. Then, watching a film late one night he sees himself. An extra who looks exactly like him. It isn't his imagination. He exists. He decides to track this man (also Gyllenhaal) down, and discovers that the only thing they have in common is their appearance. An analysis of the paranoia and confusion that couples such a situation - and the fallout of their 'meeting' on both of their lives - is satisfying enough, but this film is about something else entirely. Villeneuve doesn't give the audience any help along the way, offering up some terrifying images and never relinquishing the suspense. This is Gyllenhaal's film, and perhaps his career-best work, but Melanie Laurent and Sarah Gadon are excellent too. While I certainly didn't put the pieces together on this lone viewing, reflecting on the film with this 'theory' in mind, wow, it all makes sense. ★★★★1/2 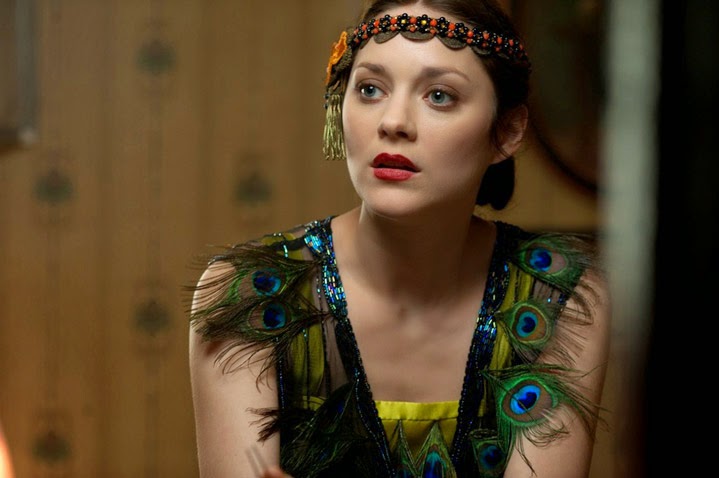 The Immigrant -  I really liked James Gray's latest film - he also directed the excellent We Own The Night and Two Lovers - but I can't quite place what it was lacking for me. Some of the developments were predictable, and I wonder why I didn't feel emotionally involved for quite a while, considering the tragic story. Ewa (Marion Cotillard) and her sister Magda have sailed from native Poland to New York in search of the American Dream. After her sister remains quarantined on Ellis Island, Ewa finds herself working for Bruno (Joaquin Phoenix) and forced into a life of prostitution. In order to rescue her sister, she works (and suffers) hoping that she will earn enough money for them to leave together. It is well acted (but that is no surprise), gorgeously photographed (it reminded me of the young Vito scenes in The Godfather Part II) and there is subtle complexity to the fusion of narrative arc and theme, and both intricacy and scope in the re-creation of 1920's New York. Both core characters grapple with the guilt of their morally-questionable actions - ultimately necessary to survive - and their reliance on each other in a desperate time when a single act of decency can change someone's life. Bruno admitting his selfishness, and acknowledging what Ewa has selflessly sacrificed is an immensely powerful moment, of which there are several in the film's superior final act. It has been said already, but the final shot is incredible. ★★★1/2