After only a few moments into Cop Out, Kevin Smith’s latest project to seemingly cover the bills, you question why this film was even conceived and made. It acts as ‘homage’ to the 1980’s buddy cop films, this time starring Bruce Willis (Die Hard) and Tracy Morgan (30 Rock) as the pair of incompetent NYPD detectives. The pair has a bond after nine years of service together and day that begins the film marks their anniversary. It is established in the opening sequences that Paul (Morgan) is a specialist in film quotes and utilizes a number of famous characterizations in his bad-cop interrogation technique of a drug suspect. Jimmy (Willis) is the cooler head, who normally leads the interrogation, with Paul taking notes, but steps aside to let Paul work this one. This early scene is both ridiculous and surprisingly hilarious and gives a glimmer of hope to this potential disaster. But subsequent scenes drive home the latter theory. After gathering the information they need for the drug bust they set up a sting, which is horribly botched, leading to their one-month suspension from the force. Jimmy’s daughter Ava (Michelle Trachtenberg) is getting married, and despite the request of his ex-wife’s new husband Roy (Jason Lee) to pay for the lavish wedding, Jimmy vows to have the money on time. His plan is to sell his 1952 mint condition Andy Pafko baseball card to pay for the wedding. During the transaction, some bumbling thieves rob the store (one is later revealed as Dave, played by Seann William Scott), Jimmy is taken down and the priceless card is stolen. Despite their suspension the pair hunt down Dave, and eventually arrest him, only to discover that he has sold the card to feared drug dealer and leader of the Mexican Mob, Poh Boy (Guillermo Diaz), who offers the card in return of the retrieval of his stolen car. Cop Out’s plot takes a number of wild and incredible turns, as the pair becomes caught up in Poh Boy’s schemes. They discover a woman (named Gabriella) in the trunk of the car in question, who holds secrets to Poh Boy’s crimes and a flash drive with information of illegal offshore bank accounts. After holding her in protection, she flees, fearing the danger she has brought to the men, and winds up being held at gunpoint by Poh Boy’s gang. Jimmy and Paul plan an assault on the place to rescue Gabriella, take down the gang and retrieve the missing card. It is an unoriginal and messy premise and it is delivered without skill or flair, with few real laughs. It is amusing at times but Morgan’s character is so irritating that they are short lived. Bruce Willis just looks bored throughout, and the supporting characters, led by William Scott, Adam Brody (The OC) and Kevin Pollack (The Usual Suspects) no doubt regretted their involvement in this project. Smith’s interest in the project, formulated by Mark and Robb Cullen and originally called A Couple of Dicks, was through the idea that the film was about cops who ‘were practically married’. The crude dialogue involves playful banter between the pair, but it fails on almost all levels to be consistently funny. The references to past buddy cop relationships like in Lethal Weapon and Pulp Fiction are obvious and amusing, but beyond the recycling of these ideas the film lacks anything fresh. This is not a Kevin Smith film, but a project he was asked to direct. So fans of Kevin Smith films are going to be disappointed as it contains none of the characters or gags that made his films somewhat appealing. I haven’t been interested in any of his films for some time, so my expectations were very low for this outing. While I still found myself laughing, it was more at the ridiculousness of what I was witnessing, rather than the success of the gags. Even with a poor lineup at the box office currently, this is one to stay well clear of.

'No Country for Old Men' and Postmodernism

No Country for Old Men, written in 2005, is Cormac McCarthy's existential crime thriller and acclaimed ninth novel. In 2007 it was adapted into a screenplay and film by Joel and Ethan Coen, receiving much critical and cultural success since its release, and was awarded with four Oscars (including Best Picture) at the 2007 Academy Awards. In this close critical analysis I will be focusing both on the novel and he film and their application of generic conventions of the western, the film noir and the quest narrative to develop its themes, while also discussing biblical notions of retribution and justice. I will also examine the novels' adaptation to the screen to demonstrate key language choices in the novel and to support the idea of generic intertextuality. I will question the success of the film as opposed to the already established cultural success and significance of McCarthy's novel, and decide whether it can be considered a modernist or postmodernist text or something else altogether.

500 Days of Summer was a film that originally passed under my radar, but through positive word of mouth and a series of favorable reviews, it became one of my most anticipated watches on New Release DVD. It is a fantastic, offbeat comedy/drama that really hits home some emotional punch through the unpredictable story of the central male protagonist, Tom Hansen (Joseph Gordon-Levitt in a quality performance) and his failed relationship with 'the one', Summer Finn (Zooey Deschanel, looking dazzling). 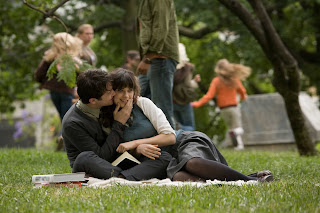 The non-linear narrative jumps from periods early in their relationship to stages near the end, and while this suggests that much of the plot is revealed early on, the message behind these stages in the relationship is critiqued and examined by Tom in reflection, and the jump cuts work very well. The day they meet is day 1 etc, and the story unravels without linearity all the way to day 500. The screenplay is marvelous and should have received some recognition at the Oscars. A believer in true love, Tom realizes, after a few awkward conversations, that Summer is the woman of his dreams, the type that comes around once in a lifetime. After a karaoke night, she acknowledges his attraction to her, and then reciprocates a few days later in the copy room, and they become very close. She makes it clear early in their 'friendship' that she doesn't believe in true love and wasn't looking for a boyfriend, despite their romantic connection. Tom is frustrated that she considers them only 'friends' despite what they had already shared together. At day 290 they break up, sending Tom plummeting into depression and eventually leaving his job at the greeting card company, seeking out his dreams of being an architect.

The film references The Graduate, a film that stresses that true love does exist and Dustin Hoffman's character goes to extreme lengths to win back the girl that he loves. Tom's story is similar and he fantasizes about re-kindling his relationship with Summer at a party she invites him to. The image is split, with one half playing out to his 'expectations' and the other half the 'reality'. The reality is that Summer was getting engaged to another man, and had ended the relationship with Tom following a screening of The Graduate because she finally accepted his view on true love and realized that it wasn't him she was looking for. It's a heartbreaking revelation, and personally, I was moved. 500 Days of Summer has heart and substance, and actually makes you feel something about these attractive and likable characters. I related pretty well to Tom's character, as I am a similar sort of guy. 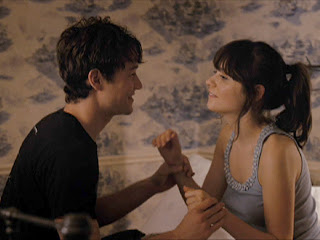 The thoughtful conclusion, once we learn that Summer is engaged to marry, is thankfully positive for Tom's character, who appears to have finally moved on. It is just a fantastic film. A clever, quirky screenplay, really likable characters, and beautiful cinematography that reveals all the hidden treasures of Los Angeles. It is not the usual hustle and bustle, but the quaint cafes, bars and parks that are often ignored or forgotten. Architecture plays a big role in the image, as the pair often wonder the streets examining the buildings, with Tom describing them. Their relationship is also a construction, building it up from the ground, only to see it knocked down and destroyed. One of the key themes is that nothing lasts forever, and this stems from his occupation at the greeting card company, and Tom jokingly compares greeting cards as eternal messages of love that can outlast an architectural structure. Of course, in an indie film like this, the soundtrack is also outstanding; featuring The Smiths and Simon and Garfunkel. Definitely a great way to spend a couple of hours, this is a hidden gem from 2009.

50 Greatest Films of the Decade Remastered 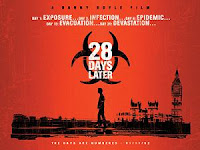 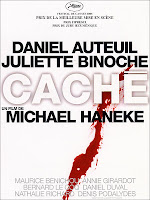 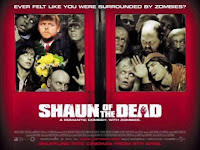 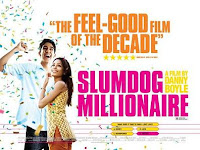 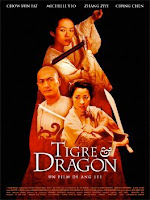 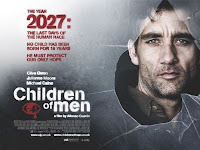