In cinemas this week: Insidious: Chapter 2, Fruitvale Station, The Counselor and Mr Pip. 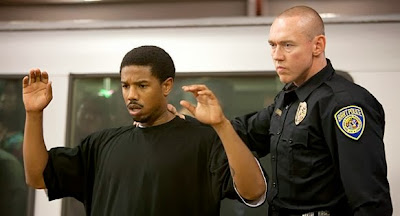 Insidious: Chapter 2 - The famed horror team of director James Wan and writer Leigh Whannell reunite with the original cast of Patrick Wilson, Rose Byrne, Lin Shaye and Ty Simpkins for Insidious: Chapter 2, a sequel to the acclaimed and terrifying horror film, Insidious, which follows the haunted Lambert family as they seek to uncover the mysterious childhood secret that has left them dangerously connected to the spirit world.

Fruitvale Station - Winner of both the Grand Jury Prize for dramatic feature and the Audience Award for U.S. dramatic film at the 2013 Sundance Film Festival, director Ryan Coogler's Fruitvale Station follows the true story of Oscar Grant (Michael B. Jordan), a 22-year-old Bay Area resident who wakes up on the morning of December 31, 2008 and feels something in the air. Not sure what it is, he takes it as a sign to get a head start on his resolutions: being a better son to his mother (Octavia Spencer), whose birthday falls on New Year's Eve, being a better partner to his girlfriend Sophina (Melonie Diaz), who he hasn't been completely honest with as of late, and being a better father to Tatiana (Ariana Neal), their beautiful four year-old daughter. Crossing paths with friends, family, and strangers, Oscar realizes that change is not going to come easily. His resolve takes a tragic turn that would shake the Bay Area - and the entire nation - to its very core.

The Counselor - Ridley Scott and Pulitzer Prize winning author Cormac McCarthy (No Country for Old Men) have joined forces for this dark crime thriller, starring Michael Fassbender, Penélope Cruz, Cameron Diaz, Javier Bardem, and Brad Pitt. McCarthy, making his screenwriting debut and Scott interweave the author's characteristic wit and dark humor with a nightmarish scenario, in which a respected lawyer's one-time dalliance with an illegal business deal spirals out of control. Review by Blake Howard at Graffiti With Punctuation.

Mr Pip - It is based on the New Zealand author Lloyd Jones novel, Mr Pip. It is named after the chief character in, and shaped by the plot of, Charles Dickens' classic novel Great Expectations. Adapted and directed by Andrew Adamson and stars Hugh Laurie.


Weekly Recommendation: Fruitvale Station. One of the year's best. It is a really important film that should be seen by everyone. This affecting, well-acted drama is an exceptional debut feature. The anticipated documentary-esque dramatization of the devastating true events that took place in Hayward on the 31st December 2008 and at Fruitvale Station in the early hours of January 1st 2009 is sure to provoke some pretty strong emotions. I liked Insidious but I have heard mostly negative reactions to the undesired sequel, so I'll likely give it a miss. Mr Pip has received next-to-no marketing, and has been seen by very few people, so I cannot comment on it at all. The Counselor, love it or hate it, will leave you with something to discuss. I did NOT like it. Review to come soon.
Posted by Andy Buckle at 9:30 PM