In cinemas this week: 12 Years A Slave and Grudge Match. 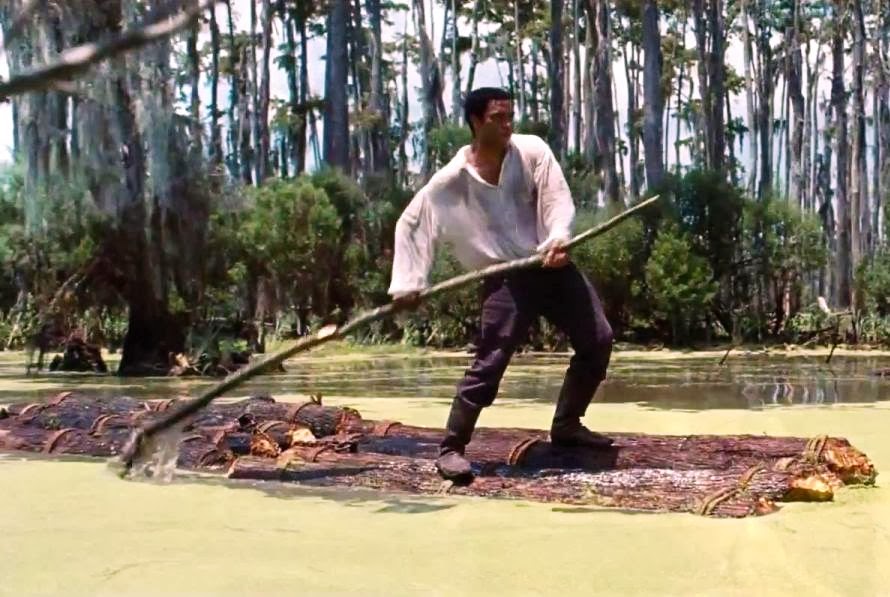 12 Years a Slave - Nominated for nine Academy Awards, and long been the Best Picture favourite, Steve McQueen's (Hunger, Shame) latest film is powerful, harrowing and vital cinema. An unflinchingly unpleasant endurance test for an audience, made up of beautifully dressed and photographed, and clinically directed episodes of Solomon Northup's (Chiwetel Ejiofor) extraordinary true story of hardship and survival. Extraordinary for all the very worst reasons. This is a devastating and emotionally draining portrayal of how a free man - kidnapped, imprisoned and then subjected to (and forced to participate in) the worst atrocities of slavery, then a mechanized and deeply ingrained part of the culture of the South - maintained a glimmer of hope and transformed himself (having had his identity stripped) into whoever he needed to be to survive. Michael Fassbender and Lupita Nyong'o (in addition to Ejiofor) have been nominated for their outstanding performances, but 'most' (Paul Dano a glaring exception) of the cast deliver. I wasn't left as emotionally crippled as I expected - but I am still figuring out whether being 'moved' is, in fact, the desired emotion. Horrified is perhaps more accurate. Nevertheless, it is a very important film that I am mustering the courage to watch again. ★★★★

Grudge Match - Robert De Niro and Sylvester Stallone star as old boxing rivals who come out of retirement for one final match. On their first encounter in decades, their long-festering feud erupts into an unintentionally hilarious melee that instantly goes viral. The sudden social media frenzy transforms their local grudge match into a must-see HBO event. Now, if they can just survive the training, they may actually live to fight again. I had no interest in watching this anyway, but when I watched a TV spot last night and saw Stallone punching meat, any chance of me seeing it evaporated.


Weekly Recommendation: 12 Years A Slave isn't close to my favourite of the nine Best Picture nominees, so I favour other films currently in cinemas, but it is a film that MUST be seen.
Posted by Andy Buckle at 8:27 AM