A Royal Affair is playing as part of the Sydney Film Festival program, but has an Australian release on June 21.

A Royal Affair, which screened in competition at the 62nd Berlin International Film Festival, is a Danish 18th Century period drama directed by Nikolaj Arcel. The film is set at the court of King Christian VII of Denmark (Mikkel Folsgaard, winner of the Silver Bear at Berlinale for his debut feature performance), a childish, often-vile and mentally unstable individual, and follows the romance that blossoms between his young Queen, Caroline Mathilde (Alicia Vikander, a beautiful 23-year-old actress whose next role is in Anna Karenina), and the appointed royal physician, Johann Friedrich Struensee (Mads Mikkelsen, one of Denmark’s most internationally recognisable actors). A Royal Affair is an adaptation of Prinsesse af blodet by Bodil Steensen-Leth by Arcel and Rasmus Heisterberg, which tells the story from the perspective of Caroline Mathilde. It is a script that won them the award for Best Script at Berlinale. 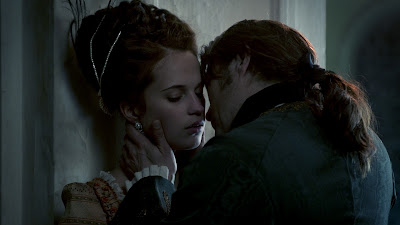 It is Caroline’s story, with her narrated letters to her children – one of which would later become King Frederick VI – framing the story. She was whisked off to Denmark from England while still in her teens to marry Christian. Though she is unhappy and mocked consistently - Christian calls her ‘Mother’ because she carried his child, and is threatened by her intelligence and skills as a pianist - she plays the part. That is until she meets Struensee, who shares her interest in writers and thinkers like Rousseau. They start a secret affair and together they begin to influence not only the King, but also those with the power to make decisions of change.


A Royal Affair is easy to follow and very watchable, and even those not normally interested in period/costume dramas should find this very enjoyable. It is smartly scripted, providing an even handling of royal insider study and a struggle by Struensee and Christian to overthrow the conservative nobility court and reform Denmark out of the Dark Ages. It is an era when social reform is sweeping throughout Europe, and intellectuals and freethinkers are challenging the nobility.

Struensee possesses radical ideas on how to run the country; having published manuscripts enlightening the appalling peasant living conditions and proposing decrees for change under Anonymous. Some of Christian’s ideas – including one involving an empty carriage journeying around town and picking up drunk people who have lost their way – are amusing, but well-meaning reforms to provide inoculations in public hospitals and abolishment of literary censorship and interrogation torture are all passed.
It also features interesting characters that are effectively drawn and whom we get emotionally drawn to and surely one of the best on-screen couples to hit cinemas so far this year in Vikander and Mikkelsen. Their chemistry is excellent, and watching their secret and forbidden love blossom is really quite moving. Mikkelsen turns in more great work. His evident love for Caroline is etched in his face. Known for playing intense antiheroes and villains, he is succeeds in providing the charm, winning over both Christian and Caroline. I believe Vikander, who is of Swedish descent, had to learn the new language for the role.
Just as memorable is Folsgaard as Christian; at times a sniveling worm of a man and at others hyperactive and boisterous. On some occasions he seems to be very grounded in what his duty is to the people, but most of the time is aloof. While he is repulsive and pathetic, he does evoke sympathy come the end. Throw in some stunning costumes (it is a costume drama after all), lush photography and elegant set pieces, and this is well funded European co-production certainly looks the part.
There is some odd pacing to the film. It is predominantly made up of short episodes, which serve as documented accounts brought to the screen. As it is spanning several years only the significant events need be included. There are large jumps in the story – for example, only a few scenes separate Caroline discovering she is pregnant and her delivery of the baby – and the film’s length (a little long at 137 minutes), despite moving briskly, begins to test one’s attention. I think A Royal Affair benefits from being familiar because Arcel tells the tale very well. The bleak descent is genuinely devastating, the dense screenplay provides extensive commentary on 18th Century European history and each of the three central characters are compelling in that they are conflicted in some way or another. Very satisfying.
My Rating: ★★★★ (B)
Posted by Andy Buckle at 9:23 AM