Co-written (with C. Robert Cargill) and directed by Scott Derrickson (The Exorcism of Emily Rose), Sinister is an atmospheric and often-terrifying suburban-set haunted house thriller with grounds in a grisly crime mystery, and a twist of paranoia and the supernatural. 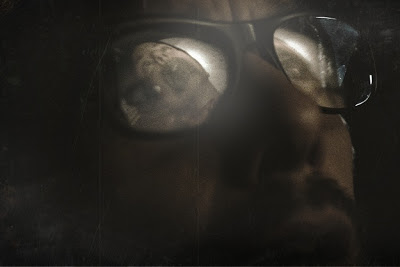 A washed up true crime writer, Ellison Oswalt (Ethan Hawke) has just moved his wife (Juliet Rylance) and two children into a new home to start working on a new novel. He solely possesses the knowledge that the previous occupants died a horrible death in the backyard. Ellison has decided to investigate and utilise this case as the basis for his book, which he hopes will result in another bestseller and repair his reputation.

Not long after moving Ellison finds a box in the attic containing a projector and a series of 8mm films. What he first believes to be innocent home movies turn out to be violent snuff films shot by the killer. Who filmed them? How did they get into the attic? Rattled by these questions Ellison begins to obsess. But when he notices a masked figure watching on in one of the films, strange things begin to go bump in the night. He finds his tough nerves shredded, his sanity suffering and his family threatened.


Continue reading at Graffiti With Punctuation.
Posted by Andy Buckle at 10:46 AM