18 Years Old and Rising is directed by Frederic Louf and is making its Australian Premiere at the Alliance Francaise French Film Festival. It also screened in the Discovery category at the 2011 Toronto International Film Festival. 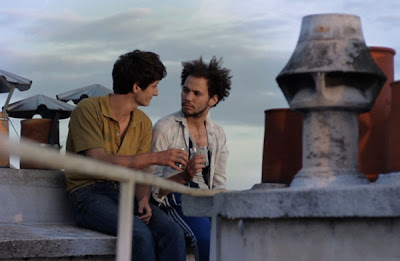 Primo (Pierre Niney), the son of a provincial florist and working class family is studying in Paris. He lives in a small room in an affluent part of town, and rather than devoting his time and meager income to his studies – and this money is generously provided by his family, who work hard to fund his education but are growing increasingly frustrated by his irresponsible spending and continual grade failure – he has partying on his mind. After returning from another humiliating visit to his family, he gatecrashes a party of wealthy teenagers and meets and falls in love with Gabrielle (a stunning Lou de Laage), also studying in Paris but living at home with her bourgeois Parisian family.

He realizes that if he is to keep the girl he loves, he will have to re-invent himself, spending the money his parents spoil him with to socialize, and lying about his family (claiming his father to be dead). Not everyone buys the façade, and not everyone cares. Primo is so blinded by his love for Gabrielle, that he doesn’t reciprocate the affections of her best friend Delphine (Audrey Bastien). It becomes a sort of love triangle, as Primo is torn between the girl he loves, and the girl who loves him, while working odd jobs to pay for his lifestyle, scrambling through with passes in his studies, as well as maintaining his class and right-wing façade.

18 Years Old and Rising features some very attractive young French people – and spotlights what could be a couple of rising stars in French cinema. Pierre Niney, playing the gangly protagonist, gives an excellent well-rounded performance as the idealistic head-in-the-clouds poser trying to immerse himself within the bourgeois. Primo is blown away by the stunning Gabrielle and her pretty female entourage, but also finds himself intimidated by her handsome, pompous, and politically outspoken male companions.
There are no issues with the technical work. The photography is clean and crisp, and though the film doesn’t hit many dramatic peaks, it remains an engaging look at a unique period of French society – the Mitterrand election of 1981 - and the story of one headstrong, but naïve young man, who doesn’t respect his class status, and is more influenced by his heightened sexual desires than being responsible. There are several memorable moments - and watching Primo and his flatmate fight over the opening of an 1,800 Franc bottle of wine, before drinking it out of water glasses on the rooftops - is especially amusing. 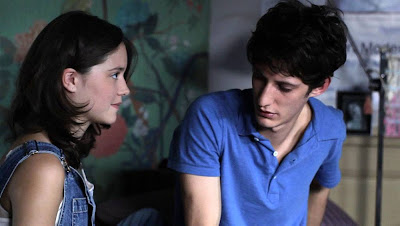 18 Years Old and Rising is charming coming-of-age comedy/drama, which realistically looks at the lives of young people at a key turning point not only in their own lives (completing university, living responsibly and progressing independently into the adult world) but also the divided French nation. The film deftly blends (with humour and affecting emotion) the complexities of teenage love with the raging politics at the time, and how class plays a role in influencing one’s acceptance into society at large.