Classic Scene: The Girl With the Dragon Tattoo (David Fincher, 2011)

I am heading away for the weekend so there won't be any fresh content on the site for a couple of days.

To begin my weekend I watched David Fincher's The Girl With the Dragon Tattoo, just out on DVD. There are many great individual moments in this film. Sure, the narrative is a little flawed - but I still feel like the source material is responsible - but when you have such a compelling mystery and characters as cool as Mikael and Lisbeth - and performances as spot on as Daniel Craig and Rooney Mara's - this is easy to overlook. It is a stunning production from a technical point-of-view, and it holds up very well.
I thought I would highlight one of my favourite moments; one I find to be genuine and grounded in a reality I connect with personally. I could have mentioned the scene where Mikael comes back to the cottage after meeting with Lisbeth for the first time. He places something on top of his fridge and walks away, only to recognise that a bottle has been disturbed and has started to roll off the fridge. He jumps back and elegantly catches it. I feel like this was a complete accident, but because it was a moment of imperfection - and something that I think anybody can relate to - it made it through the cutting room. The camera continues its pan and the purpose of the shot is revealed, to introduce the cat, which Mikael has no reason to believe should be inside the cottage. 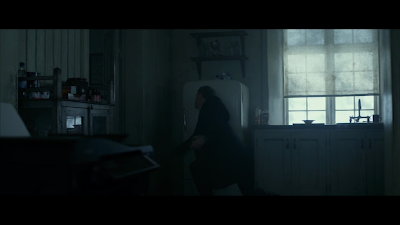 But the moment I want to highlight is another fleeting one. Michael has just collected the photos from the parade and put them together on his Mac to reveal Harriet's recognition of someone across the street, and her scared retreat from her friends and the festivities. At the point this discovery is made it is a big break in the investigation, and you can feel the chills present on the back of Mikael's neck. He then does something that I have found myself doing before. When I have been watching a suspenseful film, had a profound revelation, or found myself feeling suddenly anxious/nervous, I turn around and look behind me. I'm not sure whether it is to check and see if I am being watched and if my reaction has been seen by someone else, or if I am searching for someone to share the moment with, but Mikael does it in response to this revelation and finds himself alone. Many people might overlook this action, but I think it definitely adds something inherently human to his character. 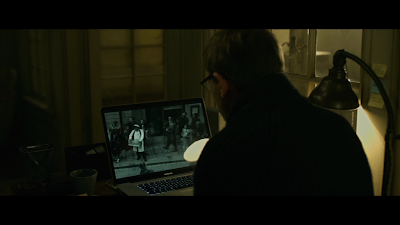 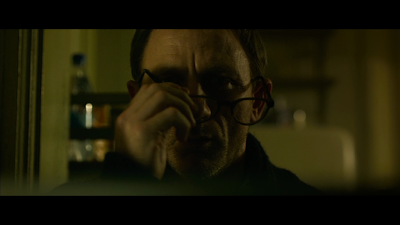 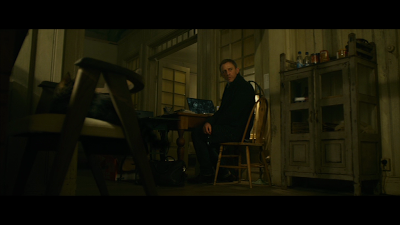 Hope everyone has a great weekend. I will be back on Monday to start another busy week, and with a lot of new content, including reviews of The Host for Cinema on the Park, What To Expect When You're Expecting, hitting cinemas May 31, and Sarah Polley's Take This Waltz, not out until June 14.
Posted by Andy Buckle at 2:55 PM