Upcoming Release Review: What To Expect When You're Expecting (Kirk Jones, 2012)

What To Expect When You're Expecting hits Australian cinemas on May 31.

I’m sure anyone who has seen the trailer for What To Expect When You’re Expecting has expectations about what is in store. I think one will either know whether it is their sort of film, or it isn’t. In short, if you enjoyed films like New Year’s Eve or He's Just Not That Into You, you will probably find something to enjoy about this film. Though full of the usual features of the cheesy romcom it does have redeeming qualities, and though it is ridiculous and has some misguided morals, it is relatively harmless and never surrenders its good intentions - to convey that giving birth and raising a family is the most beautiful and purposeful thing we can do in our lifetime. Despite glimpses of humour and heart, it is disappointing to say that the delivery was very painful. 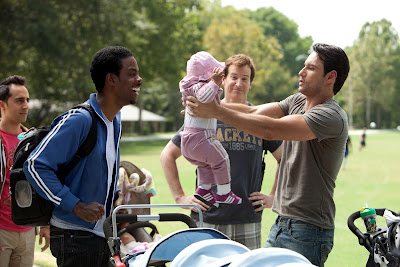 Directed by Kirk Jones, from a screenplay by Shauna Cross and Heather Hach, and based on the book of the same name, What To Expect When You're Expecting features an ensemble cast of Hollywood starlets and comedy actors – and follows five Atlanta couples who each experience the joys and sorrows of bringing a little one into the world.

The film, in terms of structure, is a mess. There is no elegance to the editing at all. As we are watching the stories of five couples unfold, scenes are thrown together haphazardly – often linked by silly transitions – and there are several extended montages, which rush us through chapters of their stories, and always with the unwelcomed accompaniment of a boring score or a choice pop song.

I was not fond of the story featuring Brooklyn Decker and Dennis Quaid, though Decker’s ridiculously painless pregnancy will raise a few laughs. Many women will claim to known someone like Skyler so relativity plays a role there. But the father/son relationship had little heart, despite Ben Falcone (playing the film’s most endearing and genuine character) trying his best. Many will remember Falcone from Bridesmaids where he features in some great scenes with his wife, Melissa McCarthy. Honestly, with this film and Friends With Kids, which has a release next month, the entire cast of Bridesmaids is on the screen again. 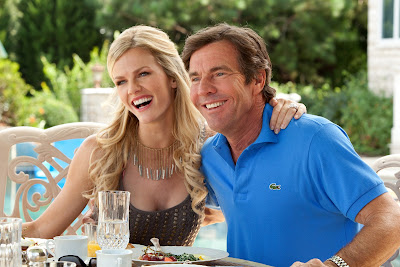 It actually doesn’t take all that long to bring the characters to the stage of being more than 7 months in, and one does wonder what is going to fill in the second half. Not much of importance, we discover. There are a number of scenes featuring unnecessary and unnecessarily long comic routines - Rebel Wilson (Bridesmaids), you still aren’t funny – and plenty of attempted jokes about the malfunctioning body, the merits of circumcision, and the mispronunciation of a kid’s name. It also wouldn’t be a romcom about pregnancy without the characters delivering on the same night…in the same hospital.
All of the ‘pregnancy clichés’ are here - the unwanted pregnancy (featuring the aloof young couple, Anna Kendrick and Chance Crawford), the no-options-left adoption (an Ethiopian child I might add), and the celebrity pregnancy. The latter is made even more annoying by the fact that Diaz’ character is a fitness instructor on a Weight Loss program similar to Australia’s Biggest Loser. As the adopting couple, J-Lo and Rodrigo Santoro have little chemistry, though they have a few of the film’s best scenes. The youngster’s story is relatively sweet, and evolves in a way not wholly conventional. Chris Rock and his dudes group - who circumnavigate the local park in a tribe and offer advice to Santoro's, the anxious parent-to-be - provide little of interest, but easily the film’s worst scene is given to Elizabeth Banks, whose pregnancy was not blessed with Skyler’s ease. 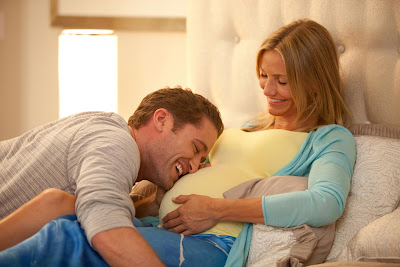 While there were some genuine moments of emotion and heart, they were soon ruined by out-of-place attempts at humour. Contrived links aside, this is poorly written and constructed and simply way too long at 110 minutes. If we shaved off a story or two and were given time to immerse ourselves in the stories of these characters (or charicatures considering the filmmakers’ desire to centralise ‘expectancy’ and 'parenthood' and celebrate it from all angles) there might be more to take away. As it stands, there isn’t much. Miss.