Believed to be the last Steven Soderbergh (Traffic, Ocean’s Eleven, Magic Mike) directed film to have a theatrical release before his now-announced retirement, his compelling new thriller Side Effects features Soderbergh’s recognisably clinical stylistic qualities, with the prolific filmmaker once again teaming up again with writer Scott Z. Burns (Contagion). 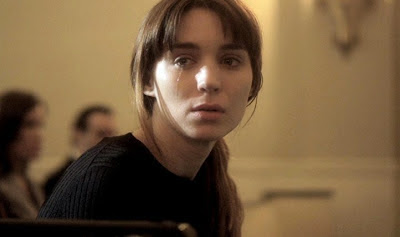 Emily Taylor (Rooney Mara, The Girl With the Dragon Tattoo) has become clinically depressed during the four-year period her husband Martin (Channing Tatum, Magic Mike) has been imprisoned for insider trading. Seeming to struggle with Martin’s attempts to re-assimilate and start up a new business, Emily inexplicably drives her car into a wall in what is believed to be a suicide attempt. Jonathan Banks (Jude Law, Anna Karenina), a psychiatrist and pharmaceutical consultant, is assigned by the state to Emily’s case. His prescribed medication doesn’t work, and during their sessions he begins to realise that Emily is a very troubled young woman. On the advice of Emily’s former psychiatrist, Victoria Siebert (Catherine Zeta Jones, Chicago), Banks decides to prescribe her an experimental drug, Ablixa. When one of the unexpected side effects results in a violent incident it prompts a thorough investigation into all parties involved.


Continue reading at Graffiti With Punctuation.
Posted by Andy Buckle at 9:47 AM