July Mini Reviews: The Lone Ranger, We Steal Secrets: The Story of Wikileaks, The Heat and This is the End 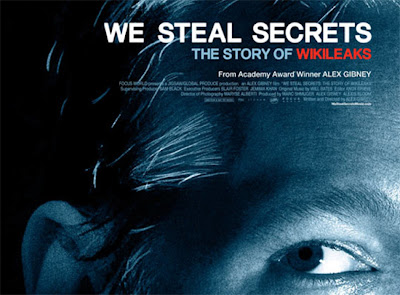 We Steal Secrets: The Story of Wikileaks (July 4) - A sprawling data-heavy exposé on much more than Julian Assange and his highly controversial organization. Gibney's extensive work to put this film together is impressive and he has clearly traced a lot of avenues and tried inventive ways to energize the material. The immorality of deciding what to publicly reveal and keep harboured up is a provocative angle, and with Assange gallivanting around Norfolk with future Australian government aspirations and Manning suffering from dire treatment in prison, viewers will leave divided on whether this is justice. But, having processed so much information, felt next-to-nothing and left feeling quite conflicted about the whole affair, this emotionally vacant documentary falls well short of Gibney’s best work (see Mea Maxima Culpa: Silence in the House of God), losing focus by following tangents that are interesting but limit the film's overall impact. ★★1/2 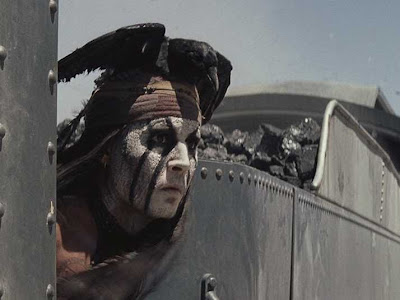 The Lone Ranger (July 4) - Despite a few exciting chases and complex set pieces - the best of which took over two hours to arrive - The Lone Ranger is an overlong and bewilderingly uneven Western adventure. To the point of Hans Zimmer incorporating Morricone's score from 'Once Upon A Time in the West', director Gore Verbinski channels 'every' genre trope, to its detriment, and it is tonally erratic. Too dark and violent for kids and too silly for adults, certainly concerning family viewing. The story is convoluted, the titular hero is an unlikable buffoon, and there are some awful performances (leads Depp, Hammer included). Avoid. ★★ 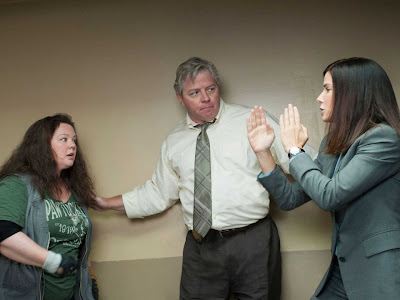 The Heat (July 11) - It was a struggle for lengthy stretch but this crass female buddy cop comedy wasn't so bad in the end. I mean, the trailer was atrocious. McCarthy's wild free reign as a rough-as-guts Boston cop grew quickly grating, but I enjoyed Bullock's work as an ambitious, straight-laced FBI agent. Also, Marlon Wayans has an interesting supporting role. Far too long, and in Feig (director of the enormously overrated Bridesmaids) fashion the gags are very inconsistent, with some hits soon becoming aggravating when drawn out as long as they are. When the pair willingly partner up, instead of being at each others throats, the story does possess some heart and is far more watchable, but not enough to recommend with any enthusiasm. ★★ 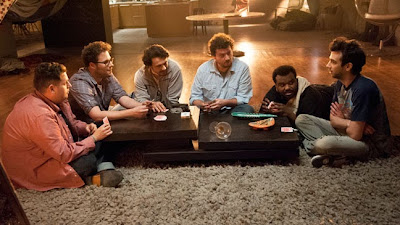 This is the End (July 18) - The premise alone should be worth the investment - a giant party at James Franco's house, with guests including Michael Cera and Emma Watson - but the laughs are big and consistent from beginning to end with the interruption of an Apocalypse. The dynamic amongst the survivors at Franco-house - Seth Rogen, Jay Baruchel, James Franco, Jonah Hill, Craig Robinson and Danny McBride - is ripe with moronic antics, self deprecating lunacy and a plethora of nods to the actors' work and public personas, as well as weaving a narrative that stresses the importance of friendship, despite selfish celebrity status often clouding it. Will this group put their differences aside and earn their survival? ALL of the cast have their moment to shine, and though a bit long, there are many terrific sequences. You'll know the ones.  ★★★★
Posted by Andy Buckle at 9:19 AM