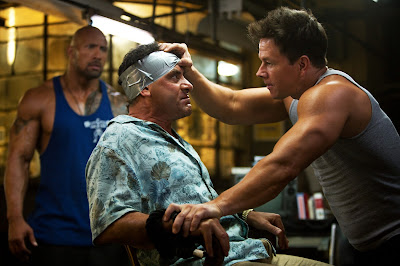 Pain and Gain (August 8) - If idiotic American Dream-blinded gym junkies murdered and ripped off millionaires and were given an excessive amount of cash to recreate it through a film and tell the events entirely how they wanted, then this would be the film. That is Bay's idea I guess, but this vile, ridiculous and criminally overlong film soon becomes very grating. But, in the scheme of things, it might still rank as one of Bay's better films. The many montages are effective at times and some of the harebrained behaviour is so stupid that it is hard not to laugh at these admittedly well-developed boof-heads and at Bay's decisions. Dwayne Johnson, who stars as born-again recovering drug addict who quotes Christian dogma and at one point shows off his skills with a barbecue, is excellent.

Many an audience member will be alienated from the get-go as Mark Wahlberg's Daniel Lugo, a buff motormouth South Beach personal trainer who wants his taste of the American Dream - the one he doesn't earn, but steals from other scumbags - takes on the mantra of a sneering self-help guru. He vows to become a 'doer' instead of a 'don'ter'. I wish someone was advising Bay on what 'not' to do. Lugo enlists two of his steroided gym pals - Johnson and Anthony Mackie - to help him rip off one of his clients, a businessman who isn't shy about mouthing off about his wealth. They kidnap him, hold him hostage and torture him until he signs away his possessions. Then they try and kill him. That fails, and though he survives and lives to tell the tale no one believes such an outrageous story. Who would right? Hmm.

As the rampant indulgence increases, both within the film and in the nature of Bay's pummeling visual style, so does the abhorrent, immoral behaviour. The disposal of a pair of victims to the trio's greedy recurring scheme, which becomes necessary after they squander their first haul on things like drugs and an operation to repair the effects of drug-indulgence, is nasty and in complete opposition to the accompanying attempts at humour. I don't think any scene involving Rebel Wilson (who becomes the unlikely wife of Mackie's character) was required at all, either. Even though Bay has satirised his own mode of filmmaking - one loses count of the amount of shots designed to capture the actors' hulking figures from below to make them look bigger - this doesn't help me accept this brash hedonism. Bay has been making serious money for years because he followed a similar mantra. There's an audience for it, but I have given up. ★1/2 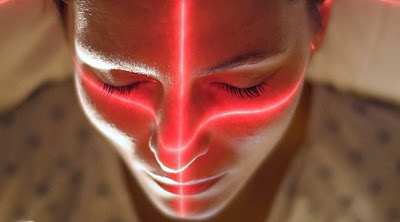 Upstream Color (August 22) - An extraordinary film I know I will have to watch again (and again, perhaps) to fully appreciate. Though it is more accessible and easier to decipher than Shane Carruth’s 2005 mind bender, Primer, this still took a lot of effort to remain attentive amidst SFF fatigue. At once a science fiction dealing with complex biological and existential themes, questioning the connection of all organisms within the universe, and a mysterious, ill-fated romance, this is a dense, layered story that probes into the depths of the mind like few other films this year. Carruth is repeatedly credited for Upstream Color – he writes, directs, stars, edits, scores and markets the film – which is a work of grand scale indie filmmaking, bringing an idea to an audience solely and uniquely. Beautifully shot, scored, edited and performed it is the sensory trip that makes it a worthy experience, while the mind-melting but emotionally stirring narrative arcs will have you craving an immediate re-watch. ★★★★ 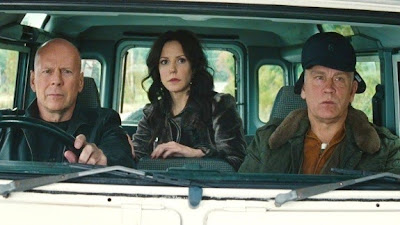 Red 2 (August 29) - While it is clear that the cast of likable veterans are having a lot of fun - except for Willis, who could not have cared less - this understandable but unnecessary sequel to the surprise hit Red (2010) is a mediocre globe-hopping action affair. When a nuclear device from a past CIA op falls into the wrong hands, this band of jaded retirees are called into action. Full of location tags, establishment shots, and visits to some of the world's prime secret service hotspots (every visit to Moscow has to involve an infiltration of the Kremlin, the prime spot to hide a nuclear weapon, apparently), this lackadaisical plot offers a few surprises - shifting allegiances et al. - but lacks any inventiveness. Mirren, Malkovich and Hopkins have some of the best lines, but they are few and far between. The humour is awkwardly absent for large portions of the run time, the relationship dynamic between Willis and Parker didn't ignite any laughs, and the gun-crazy methods of Lee Byung-Hun's 'world's best' contract killer were peculiar. In Red there was something about the ridiculous antics of these veterans that made for a moderately pleasurable experience. Here, similar ground is covered but it all felt somewhat bland. ★★ 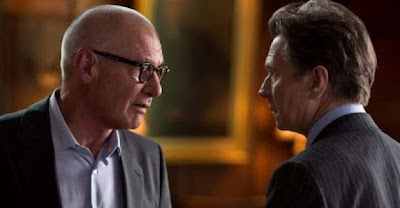 Paranoia (September 5) - What more can be said about Paranoia. Its bomb at the U.S Box Office has been in the media and despite the attractive cast of both youngsters (Liam Hemsworth, Amber Heard) and veterans (Harrison Ford, Gary Oldman), there are few qualities to praise here. It is simply a bad film. It is not an offensively bad one, but as I watched this bafflingly clumsy, cliche-ridden, often implausible corporate espionage thriller I couldn't help but feel sorry for it. With the exception of the rival companies trying to outweigh one another with a new brand of smart phone, this film adds absolutely nothing new to the genre, and isn't particularly clever nor entertaining on any level.

There is a sequence near the beginning when the lead character, Adam Cassidy (Hemsworth), and his friend (Lucas Till) try and get into a high end bar/night club. Not dressed appropriately, they aren't let in. The bouncer declares that he doesn't let in 'hipsters' or 'virgins'. THIS, for these smug mid-20-somethings, is the absolute end of the world. A sign that they are never ever going to make it. A reality check that their entry-level position at their company (which probably still pays handsomely) is unsatisfying. Adam lives with his father (Richard Dreyfuss) who is ill, but he can't afford to contribute to his hospital bills. Adam presents his team's latest invention to the board but their director (Oldman) throws it back in his face before firing his whole team, for no reason. Adam decides to takes this final opportunity to rack up a multi-thousand dollar bill on the corporate credit card - not by helping his father - but to get into that club and get drunk with his friends. His life is over, he might as well get a taste of the 'high life'. But, it is this incredible insolence that in-turn prompts his director to poach him for the undercover espionage mission to steal a rival prototype. Then things just get silly.

Paranoia doesn't ever engage, the characters are thinly drawn, the performances are either blank and uncharismatic or outrageously overblown, just about every sequence feels like it has been recycled - falling for the girl when you're working undercover for the rival company, hacking her PC while she is in the shower for key intel, getting invited out to a lavish  private party after your first day and schmoozing in the office of the big boss (Ford) - and every heavy-handed plot turn can be predicted. ★
Posted by Andy Buckle at 9:14 AM