Now You See Me, directed by Louis Letterier (The Transporter), and written by Ed Solomon, Boaz Yakin and Edward Ricourt, is a competently executed and entertaining deception thriller with a headline all-star cast. Consistently intriguing and often spectacular and relying on a magician’s deft slight-of-hand, this preposterously elaborate caper perhaps doesn’t hold up particularly well on close scrutiny. But if you surrender yourself to being taken along for a ride and relish in being fooled then this should be quite enjoyable. 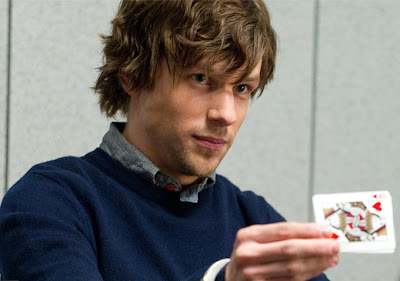 
Continue reading at Graffiti With Punctuation.
Posted by Andy Buckle at 12:42 PM