In cinemas this week: The Inbetweeners 2, 20,000 Days on Earth, The 100-Year-Old Man Who Climbed Out The Window and Disappeared, Earth To Echo and Deepsea Challenge 3D. 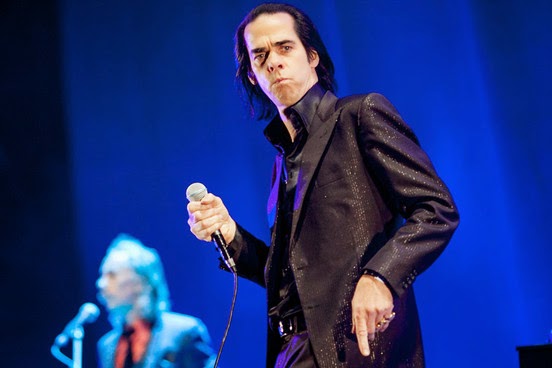 The Inbetweeners 2 - Neil, Will and Simon receive an invite from Jay to join him in Australia whilst on his gap year, who promises them it's ''the sex capital of the world''. With their lives now rather dull compared to their hedonistic school days and legendary lads holiday, it's an offer they can't refuse. Once again, they put growing up temporarily on-hold, and embark on a backpacking holiday of a lifetime. Will soon finds himself battling with the lads to do something cultural, whilst they focus their attention on drinking, girls, and annoying fellow travelers. Can I do another round with these lads? Nah.

20, 000 Days on Earth - Drama and reality combine in a fictitious 24 hours in the life of musician and international cultural icon, Nick Cave. With startlingly frank insights and an intimate portrayal of the artistic process, the film examines what makes us who we are, and celebrates the transformative power of the creative spirit. A conceptually stunning film, we join musician, novelist and screenwriter Nick Cave for his 20,000th day on earth. Wonderfully photographed and edited, this is a philosophical study of Cave’s life and career through several inventive approaches. The archive-set reflection was fascinating, Cave’s narration a window into his creative soul, his discussion with a psychoanalyst about his childhood and relationship with his father powerfully insightful. Testimony from Ray Winstone, Warren Ellis and Kylie Minogue are cleverly incorporated too, and the musical performances (studio recordings and live shows) are chillingly good. This is a showcase of technical invention, and I felt encapsulated in the incorporation of media. Thematically rich – especially regarding the importance of memory, and how it influences art and an artist’s desire to transform themselves – if a little repetitive in conveying them. I love that the filmmakers, visual artists, used unconventional documentary methods, blending personal truths through a staged structure. I can’t call myself a Cave fan, though I do admire what I have been exposed to, but I found this a transcendent experience. ★★★★

The 100-Year-Old Man Who Climbed Out The Window and Disappeared - Based on the internationally best-selling novel by Jonas Jonasson, the unlikely story of a 100-year-old man who decides it's not too late to start over. For most people it would be the adventure of a lifetime, but Allan Karlsson's unexpected journey is not his first. For a century he's made the world uncertain, and now he is on the loose again.

Earth to Echo - Tuck, Munch and Alex are a trio of inseparable friends whose lives are about to change. Their neighborhood is being destroyed by a highway construction project that is forcing their families to move away. But just two days before they must part ways, the boys begin receiving a strange series of signals on their phones. Convinced something bigger is going on, they team up with another school friend, Emma, and set out to look for the source of their phone signals. What they discover is something beyond their wildest imaginations: a small alien who has become stranded on Earth. In need of their help, the four friends come together to protect the alien and help him find his way home. This journey, full of wonder and adventure, is their story, and their secret.

Deepsea Challenge 3D - As a boy, filmmaker James Cameron dreamed of a journey to the deepest part of the ocean. This film is the dramatic fulfillment of that dream. It chronicles Cameron's solo dive to the depths of the Mariana Trench-nearly seven miles beneath the ocean's surface-piloting a submersible he designed himself. The risks were astounding. The footage is breathtaking. This is a celebration of science, courage, and extraordinary human aspiration.


Weekly Recommendation: I wholeheartedly endorse 20,000 Days on Earth. The best film so far released in August. The 100-Year-Old Man is pretty loopy. Despite feeling a bit 'throw everything at an audience and see what sticks' Felix Herngren's mad, unpredictable adaptation of Jonas Jonasson's novel remains entertaining throughout. Can I do another round with the Inbetweeners lads? Nah.