In cinemas this week: Felony, If I Stay, Locke, Magic in the Moonlight, Predestination and Legends of Oz: Dorothy's Return. 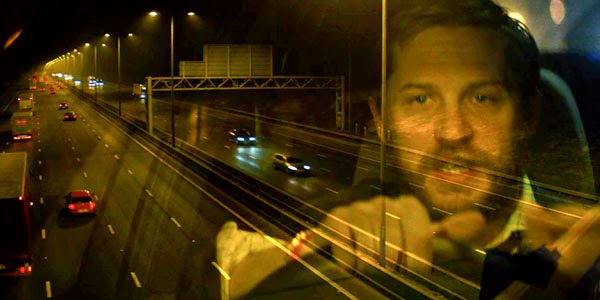 Felony - Three detectives become embroiled in a tense struggle after a tragic accident that leaves a child in critical condition. One is guilty of a crime, one will try to cover it up, and the other attempts to expose it. How far will these men go to disguise and unravel the truth? Directed by Matthew Saville and written by Joel Edgerton. Also stars Tom Wilkinson.

If I Stay - Mia Hall (Chloë Grace Moretz) thought the hardest decision she would ever face would be whether to pursue her musical dreams at Juilliard or follow a different path to be with the love of her life, Adam (Jamie Blackley). But what should have been a carefree family drive changes everything in an instant, and now her own life hangs in the balance. Caught between life and death for one revealing day, Mia has only one decision left, which will not only decide her future but her ultimate fate.

Locke - Ivan Locke (Hardy) has worked diligently to craft the life he has envisioned, dedicating himself to the job that he loves and the family he adores. On the eve of the biggest challenge of his career, Ivan receives a phone call that sets in motion a series of events that will unravel his family, job, and soul. All taking place over the course of one absolutely riveting car ride, Locke is an exploration of how one decision can lead to the complete collapse of a life. Directed by Steven Knight and driven by a commanding performance by Tom Hardy, Locke is a thrillingly unique cinematic experience of a man fighting to salvage all that is important to him. ★★★

Magic in the Moonlight - Chinese conjuror Wei Ling Soo is the most celebrated magician of his age, but few know that he is the stage persona of Stanley Crawford (Colin Firth), a grouchy and arrogant Englishman with a sky-high opinion of himself and an aversion to phony spiritualists' claims. Persuaded by his friend, Howard Burkan (Simon McBurney), Stanley goes on a mission to the Côte d'Azur mansion of the Catledge family: mother Grace (Jacki Weaver), son Brice (Hamish Linklater), and daughter Caroline (Erica Leerhsen). He presents himself as a businessman named Stanley Taplinger in order to debunk the alluring young clairvoyant Sophie Baker (Emma Stone) who is staying there with her mother (Marcia Gay Harden). Sophie arrived at the Catledge villa at the invitation of Grace, who is convinced that Sophie can help her contact her late husband, and once there, attracted the attention of Brice, who has fallen for her head over heels. What follows is a series of events that are magical in every sense of the word and send the characters reeling.

Predestination - The latest film from the Spierig Brothers is about the life of a time-traveling Temporal Agent. On his final assignment, he must pursue the one criminal that has eluded him throughout time. Strong performances from Sarah Snook and Ethan Hawke, and an intriguing mind-bending time-travel concept, but I am convinced the film doesn't make sense - and does a poor job of making it's dual strands relevant to one another. And then it somewhat unconvincingly fuses them. Relies on big twists, and unnecessary convolution, to mask a deceptively thin story. ★★1/2


Weekly Recommendation: I don't know why, but nothing really excites me about this week. The two I have seen (Locke and Predestination) didn't blow me away, and neither Felony nor Magic in the Moonlight (which looked, immediately, like 'Bad Woody Allen') have attracted much enthusiasm. If I see something this week it will be Felony, because of the cast. Locke has been very well received - it screened in the Sydney Film Festival Official Competition - and for its concept alone it shouldn't be dismissed.
Posted by Andy Buckle at 8:29 AM