I watched 30 films in November.

In other news we have completely finished Entourage. I had never ventured beyond Season 7, because I was disappointed by what the show had stooped too. But, on a re-watch Season 6 is the show's weakest season. Vince going out of control in Season 7 has a much more convincing and authentic progression than I remember, and both Drama and Turtle have interesting arcs. Ari aside, because Piven is so good, Turtle has grown into the show's unlikely MVP. S7 ends with one of the show's greatest celeb references - following Vince's altercation with Eminem at a party he gatecrashes. Drama defends Vince and gets beaten up in the process, despite being held back. He has this to say about this situation:

"If it wasn't for Jordan Farmar and that guy Kevin Love, I think I would have killed somebody." - Drama.

Who thought of this? NBA players Farmar and Love (who played for the Lakers and Timberwolves respectively at the time) appear as themselves, but in the mess of bodies it is hard to identify them. Every ep has oodles of references to celebs past and present, and guest involvement, but this might be my favourite of them all.

Anyway, here's what I saw in November. 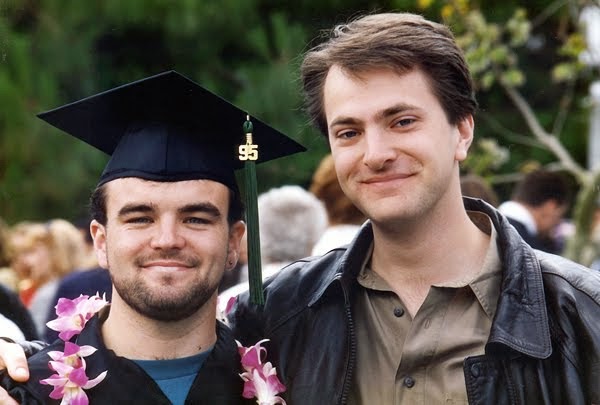 Dear Zachary: A Letter to a Son About His Father (Kurt Kuenne, 2008) - One of the greatest documentaries I have ever seen. I can't believe I didn't hear about this back in 2008. Devastating.

Why Don't You Play in Hell? (Sion Sono, 2013) - The better of the Sono pair I watched this month. How can you not enjoy this? It's a fast and furious ascent into the ridiculous, but you have to admire its manic energy and ability to fuse informed commentary on the transition into the Digital era, and it's idolization of an era passed, with a story that is so impressively complex. And the ending is full-on chaos. Sono knows exactly what he is doing - technically genius, it is so well constructed and consistently hilarious. One of the most enjoyable cinema experiences I have had this year. 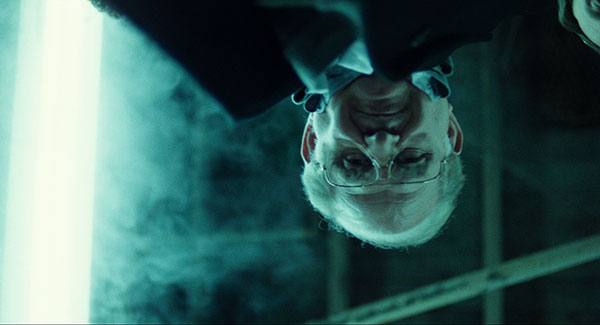 Thief (Michael Mann, 1981) - Hotshot criminal caught between professional allegiance and clean sanctuary, to the sounds of Tangerine Dream. Caan at his big-ego best and it looks amazing. They don't make them like this anymore. Mann's credible world and characters resemble Cassavetes and The Killing of a Chinese Bookie. Mann's career greatness to follow contained within his debut. 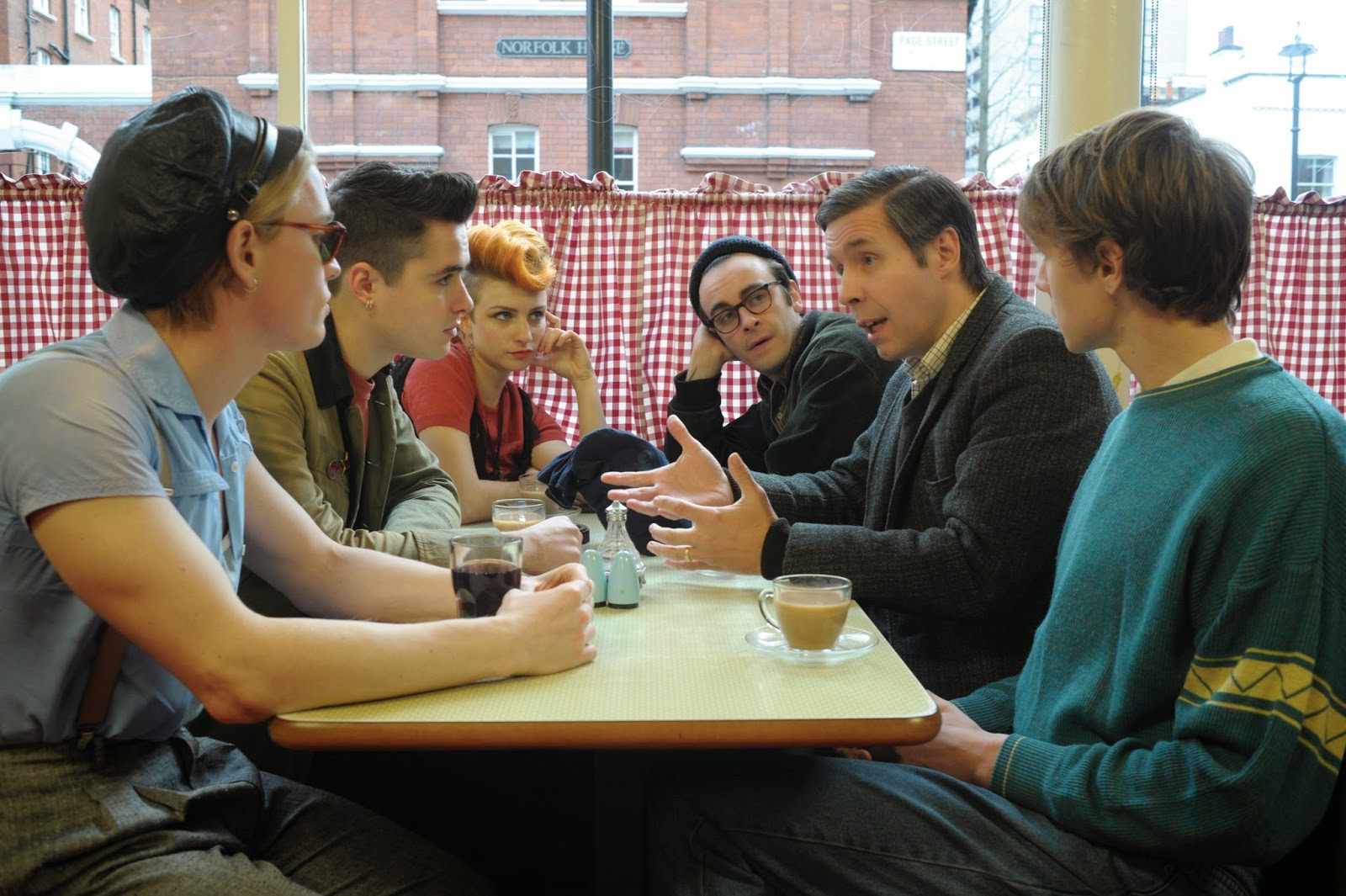 Tokyo Tribe (Sion Sono, 2014) - I don't know what to say. Tokyo Tribe is one of those experiences you can't believe happened. Amazing. 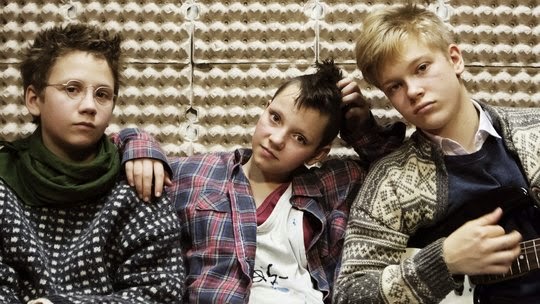 We are the Best! (Lukas Moodysson, 2013) - The confidence here. Gets that 13-14 year old awkwardness spot on. Forming a band is just a form of antagonistic rebellion to begin with - until the pair begin to have a blast with the idea, discover that punk is a real ideal, forge a new friendship and mold their identity and independence as a result. The three girls, all non pros, are perfect. I had a smile on my face through most of this. Good stuff. 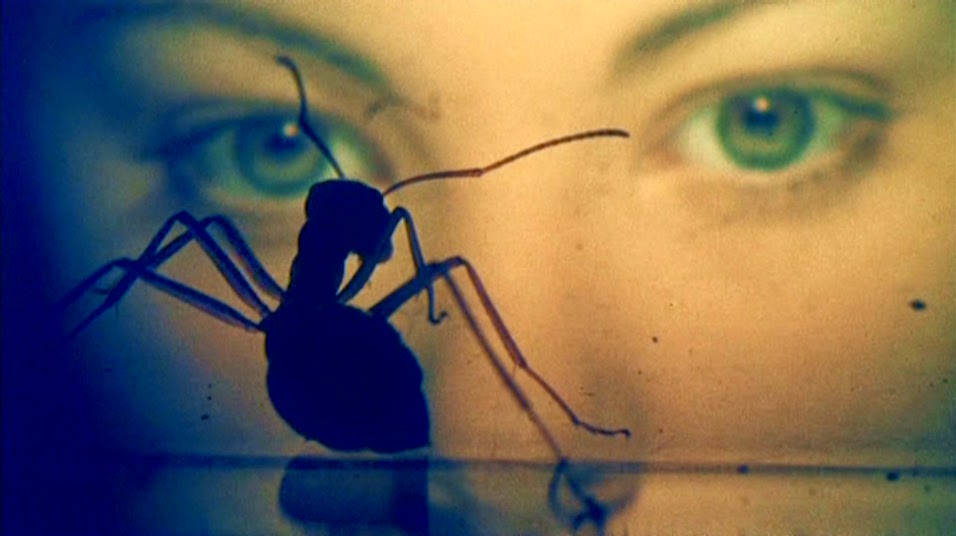 Phase IV (Saul Bass, 1974) - I liked this trippy classic sci-fi, but I don't really know why. The conception and execution of the ant sequences is incredible. How was this even done? Even the human story was fascinating for the most part - the implosion of humanity when threatened by one of the smartest of Earth's creatures, and the aggressive obsession to understand and communicate with a force outside of the claustrophobic lab, when the answers lie within. I watched the alternate ending on Youtube afterwards. WTF. Better than the other one, though.

Detachment (Tony Kaye, 2012) - A fantastic script and performance from Adrien Brody. Kaye's direction is too fiery and aggressive at times, but it is an upsetting story cemented in truth.

E-Team (Katy Chevigny and Ross Kauffman, 2014) - Nerve-racking, illuminating and personal document of a top tier HR Watch E-team investigating and media sharing atrocities in politically volatile climates. Certainly has a shot at a Best Documentary nomination, though I prefer others.

Particle Fever (Mark Levinson, 2014) - Successfully turns the analysis of complex theories into an accessible and inspiring document of grand, and revolutionary, scientific breakthrough. See above.

Cold in July (Jim Mickle, 2014) - There are some very clumsy scenes that dismantle some good work - the first hour is terrific - but this didn't quite meet it's potential. I liked the choice of score, and the way it is shot, and the performances, but I can't help but wonder why it went down the path it did. The film's agenda completely switches, but the through line is Hall's timid small town framer - whose flirt with violence unlocks a masculine urge to see this through. For reasons he doesn't need to explain. We get it.

Testament of Youth (James Kent, 2014) - The gorgeous Alicia Vikander, who is very good (and deservedly nominated at the British Indie Film Awards), in an array of cute hats. And a beardless Kit Harrington. But seriously, this is an elegant, gorgeously photographed and stirring study of a generation's war-torn love, hope and opportunity. Inspired by Vera Brittain's powerful memoir, recounting her devastating loss and her experiences as a nurse and a woman during WWI. I feared it was going to be too soft for a while, and early sequences seem to be the project's growing pains. But, there were a lot of sniffles throughout in the crowd and the story is very affecting. At two hours it also doesn't quite sustain interest for the duration, but very solid.

Galore (Rhys Graham, 2014) - Regular teenage life involves putting out daily emotional fires, captured very authentically here over a sweltering, bushfire-addled Canberra summer. Fine performances from Cummings and Sullivan, especially, and some of the somewhat contrived developments have a sense of stakes. The dialogue has been a common source of criticism, but that's how kids talk *shrugs*.

The Mule (Tony Mahony, 2014) - An uncomfortable film to watch. Bizarre and entertaining (unpredictable/often very funny) recount of one man's excruciatingly unpleasant attempt to withhold evidence, after being nabbed mid mule mission. Sampson, a very funny man, delivers a thoroughly convincing dramatic performance. Weaving, whose lines are a mixed bag, makes everything out of them. Pretty good once it gets into the thick of the story. The first act is pretty lacklustre but stick with it.

Breathe In (Drake Doremus, 2013) - Jones is lovely and Pearce's forlorn teacher draws sympathy but the measured, delicate build-up is surrendered for predictable melodrama.

Housebound (Gerard Johnstone, 2014) - I am having problems with the horror/comedy blend at the moment - and this Kiwi brand of humour did not resonate with me. Particularly coupled with the goofy scares. Inventively utilizes the oddball family/haunted house tropes, and those from many different horror sub genres, but it wasn't the day for this. The lead is a real pain, too.

Maps to the Stars (David Cronenberg, 2014) - This makes Cosmopolis look like a masterpiece.

How contrived is all of this. Such a mess, and ultimately not really about the toxicity of Hollywood stardom and the pressure to live up to 'expectations', but about how irresponsible parenting has repercussions. Funny that. Look, I haven't really liked a Cronenberg film since Eastern Promises, which is an incredible film. But, I miss the old sci-fi/body horror stuff. Videodrome, The Fly, eXistenZ. Crash. So good. I was never bored in this, but I didn't like anything about it. Not even Moore, who's Cannes win is dubious. In fact, Cusack has the most interesting character - the most 'celebrity' of anyone in the film, and a man devious enough to keep his career afloat in the aftermath of everything that happens. And Pattinson is pretty good too, actually. There's some sick humour - a horrible creature being beaten to death with her own award - and some moments of tension, but there's a false, forced feeling about its off-kilter tone. Unsatisfying.

Killer Mermaid - There was some merit here. Some pretty stunning establishment shots - and decent use of an abandoned Alcatraz-like prison. But the title is...misleading. I wanted a killer mermaid (not really!) and I got a guy killing tourists for most of it. Cheap slasher junk.

Also watched, but can't rank or discuss for professional reasons and embargoes: Still Alice and Into the Woods. I liked the latter.