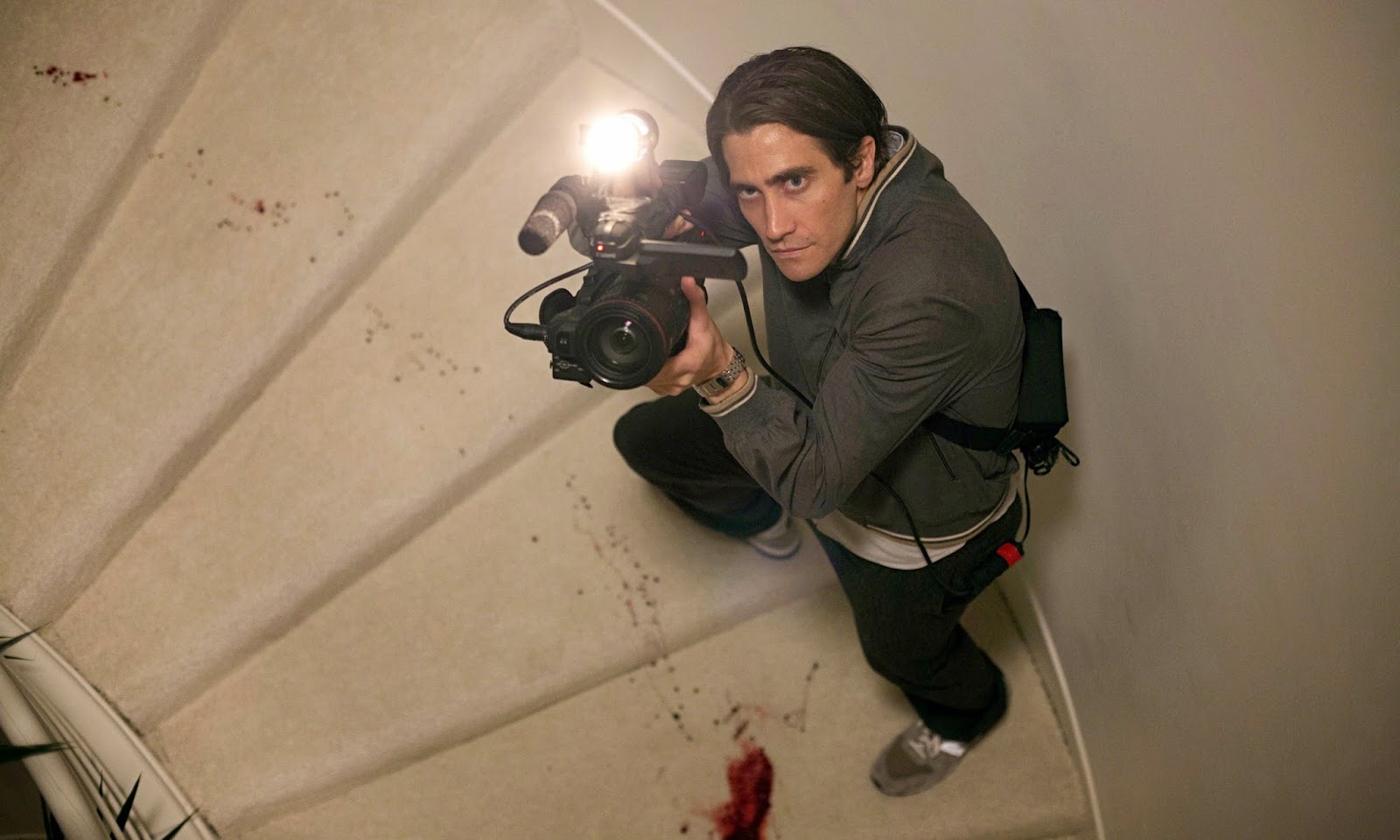 Nightcrawler - A pulse-pounding thriller set in the nocturnal underbelly of contemporary Los Angeles. Jake Gyllenhaal stars as Lou Bloom, a driven young man desperate for work who discovers the high-speed world of L.A. crime journalism. Finding a group of freelance camera crews who film crashes, fires, murder and other mayhem, Lou muscles into the cut-throat, dangerous realm of nightcrawling -- where each police siren wail equals a possible windfall and victims are converted into dollars and cents. Aided by Rene Russo as Nina, a veteran of the blood-sport that is local TV news, Lou thrives. In the breakneck, ceaseless search for footage, he becomes the star of his own story. Quite simply one of the elite films of the year. Absolutely blown away by this one.

Men Women and Children - Follows the story of a group of high school teenagers and their parents as they attempt to navigate the many ways the internet has changed their relationships, their communication, their self-image, and their love lives. The film attempts to stare down social issues such as video game culture, anorexia, infidelity, fame hunting, and the proliferation of illicit material on the internet. As each character and each relationship is tested, we are shown the variety of roads people choose - some tragic, some hopeful - as it becomes clear that no one is immune to this enormous social change that has come through our phones, our tablets, and our computers.

Particle Fever - Imagine being able to watch as Edison turned on the first light bulb, or as Franklin received his first jolt of electricity. For the first time, a film gives audiences a front row seat to a significant and inspiring scientific breakthrough as it happens. Particle Fever follows six brilliant scientists during the launch of the Large Hadron Collider, marking the start-up of the biggest and most expensive experiment in the history of the planet, pushing the edge of human innovation. As they seek to unravel the mysteries of the universe, 10,000 scientists from over 100 countries joined forces in pursuit of a single goal: to recreate conditions that existed just moments after the Big Bang and find the Higgs boson, potentially explaining the origin of all matter. But our heroes confront an even bigger challenge: have we reached our limit in understanding why we exist? Directed by Mark Levinson, a physicist turned filmmaker, from the inspiration and initiative of producer David Kaplan and masterfully edited by Walter Murch (Apocalypse Now, The English Patient), Particle Fever is a celebration of discovery, revealing the very human stories behind this epic machine. It successfully turns the analysis of complex theories into an accessible and inspiring document of grand, and revolutionary, scientific breakthrough. ★★★1/2

1000 Times Good Night - Rebecca (Juliette Binoche) is one of world's top war photojournalists, capturing dangerous and chilling images in the most dire landscapes, all in an effort to shed light on the real cost of modern war. But she's also a wife and mother, leaving behind a husband and two young daughters every time she travels to a new combat zone. After a near-death experience chronicling the ritual of a female suicide bomber, husband Marcus (Nikolaj Coster-Waldau) levels an ultimatum: give up the dangerous profession or lose the family she counts on being there when she returns from each assignment. Yet the conviction that her photos can make a difference keeps pulling at Rebecca's resolve, making it difficult for her to walk away entirely. With an offer to photograph a refugee camp in Kenya, a place allegedly so safe that daughter Steph (Lauryn Canny) is allowed to join her, Rebecca comes face to face with just how much she risks each time she steps back into the fray.

Serena - Adapted from the novel by Ron Rash, director Susanne Bier's romantic period drama Serena details the deteriorating relationship between North Carolina timber magnate Pemberton (Bradley Cooper) and his fiercely independent, entrepreneurial-minded wife Serena (Jennifer Lawrence) following a devastating miscarriage. A woman who isn't afraid to speak her mind and relishes the opportunity for manual labor in the forest, the enigmatic Serena subsequently grows intensely jealous of the woman who previously bore her husband a son, and quickly begins to unravel over suspicions that Pemberton is sheltering his illegitimate family.

Jimmy's Hall - In 1921 Jimmy Gralton's sin was to build a dance hall on a rural crossroads in Ireland where young people could come to learn, to argue, to dream... but above all to dance and have fun. Jimmy's Hall celebrates the spirit of these free thinkers. The film is set in 1932 and follows events when Jimmy returned from a decade in New York and re-opened the hall. The film is freely inspired by Jimmy's life and turbulent times.


Weekly Recommendation: Nighcrawler is brilliant. If you don't see it, you are seriously missing out. Jake Gyllenhaal's performance is incredible. I fear I have oversold this, having been blabbing about it since I saw it at TIFF, but I hope you enjoy it. Particle Fever isn't essential cinema viewing, but it is a very interesting documentary that makes large volumes of stats and data pretty accessible to an inquisitive viewer. I have Serena and Men Women and Children lined up this week so we will see how they go (reviews are poor), but if I get the chance to see Ken Loach's Jimmy's Hall I won't pass that up either.
Posted by Andy Buckle at 8:54 PM