In cinemas this week: The Drop, Winter Sleep, My Old Lady and Lets Be Cops. 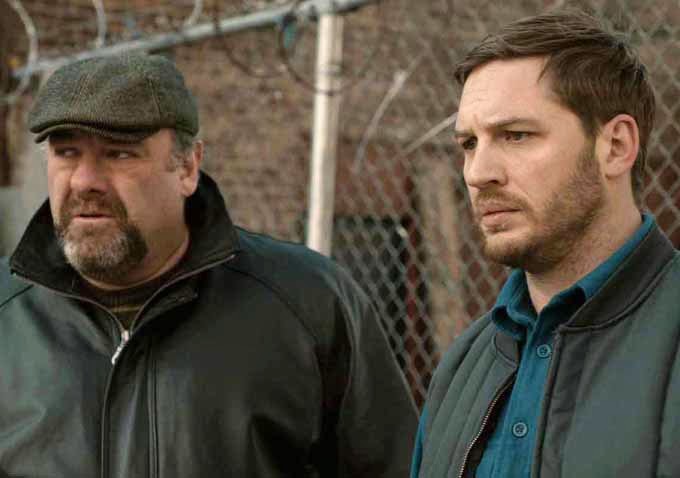 The Drop - A new crime drama from Michaël R. Roskam, the Academy Award nominated director of Bullhead. Based on a screenplay from Dennis Lehane (Mystic River, Gone Baby Gone), The Drop follows lonely bartender Bob Saginowski (Tom Hardy) through a covert scheme of funneling cash to local gangsters - "money drops" in the underworld of Brooklyn bars. Under the heavy hand of his employer and cousin Marv (James Gandolfini), Bob finds himself at the center of a robbery gone awry and entwined in an investigation that digs deep into the neighborhood's past. This is a strange film. A slow-building, character-driven Brooklyn underworld-set thriller that feels different, thanks to Roskam's direction. It is always interesting, despite some plot holes on reflection. Hardy is terrific. Gandolfini ditto in his last (?) role. ★★★1/2

Winter Sleep - Aydin, a former actor, runs a small hotel in central Anatolia with his young wife Nihal with whom he has a stormy relationship and his sister Necla who is suffering from her recent divorce. In winter as the snow begins to fall, the hotel turns into a shelter but also an inescapable place that fuels their animosities. This year's Palme d’Or winner from Nuri Bilge Ceylan (the extraordinary Once Upon A Time In Anatolia) is a riveting, beautifully photographed portrait of middle-age re-evaluation and revelation in historically and economically crippled Anatolian isolation. Amazing. ★★★★

My Old Lady - Mathias Gold (Kevin Kline) is a down-on-his-luck New Yorker who inherits a Parisian apartment from his estranged father. But when he arrives in France to sell the vast domicile, he's shocked to discover a live-in tenant who is not prepared to budge. His apartment is a viager - an ancient French real estate system with complex rules pertaining to its resale - and the feisty Englishwoman Mathilde Girard (Maggie Smith), who has lived in the apartment with her daughter Chloé (Kristin Scott Thomas) for many years, can by contract collect monthly payments from Mathias until her death.

Lets Be Cops - It's the ultimate buddy cop movie except for one thing: they're not cops. When two struggling pals dress as police officers for a costume party, they become neighborhood sensations. But when these newly-minted "heroes" get tangled in a real life web of mobsters and dirty detectives, they must put their fake badges on the line.


Weekly Recommendation: Winter Sleep is one of the best films I saw at the Sydney Film Festival earlier in the year. It is long, but I was riveted the entire way. The Drop features one of Tom Hardy's best performances (think about that) and very much worth your time. They are pretty niche films, though, so I expect they will have their detractors. I enjoy watching Damon Wayans Jr. and Jake Johnson but Lets Be Cops looks abysmal.
Posted by Andy Buckle at 7:43 AM