It is with a little sadness but also some relief that I bid farewell to another Sydney Film Festival, the 60th year of it’s running and my third year of coverage. This year’s lineup was impressively strong, and I must extend huge congratulations to festival director Nashen Moodley and the entire team. I experienced no technical issues over my 28 films, and even the queuing system was well handled. Terrific execution.

Congratulations to Nicolas Winding Refn’s Only God Forgives for winning the Sydney Film Festival Prize for the Official Competition. 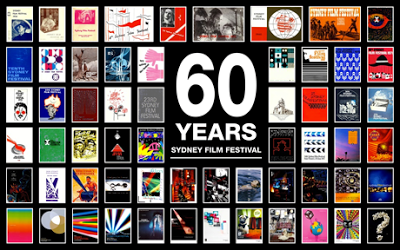 Of course, no festival is without dashes between the State Theatre and Event Cinemas, a desperate phone charge and the moment of panic when the app won’t load and you can’t prove you have a ticket. A common one this year was getting involved in a conversation at the Festival Hub and realizing I had less than ten minutes until my film.


Two of the festival highlights were briefly chatting with Paul Wright, writer/director of For Those In Peril, and gushing about his film, and meeting Bob Rosen, the former Dean of UCLA and an annual Oscar voter. He was in town to watch the work of one of his former pupils, Alex Gibney (We Steal Secrets: The Story of Wikileaks), and stopped into the Film Club for a chat.


The Film Club numbers were on some occasions quite small, but there were several days when there was a giant turnout. Film buffs from all over Australia, including visitors from Brisbane, Canberra, Melbourne and Perth, descended on the Hub to chat about just about everything. I met some fantastic new people, and it was great to catch up with others I haven’t seen in twelve months.


Though I managed to avoid sickness, my energy levels over the last three days were depleted to say the least. I almost nodded off during Downloaded and had to work very hard to keep alert during Upstream Colour. I worked a few shifts, so adding a pair of films to the back of a hard day at work meant snacks were essential. I also tried to squeeze in as many reviews as possible and thoughts on fourteen of the films can be found on Graffiti With Punctuation, with more to come.


To wrap up the festival, here are some personal awards I’d like to honour some of the very best with:


Runners Up: The Rocket, Prince Avalanche and The Past


Runners Up: The Act of Killing, Blackfish and 20 Feet From Stardom


Best Debut Feature: Paul Wright, For Those In Peril


Runner Up: Ethan Hawke, Before Midnight


Runner Up: Asghar Farhadi, The Past


Runner Up: The Rocket


What were your top films from this year’s Sydney Film Festival?