Stoker is a wonderfully directed gripping psychological thriller and the first English-language film by the great South Korean master Park Chan-Wook (Joint Security Area, Oldboy). Written for the screen by Wentworth Miller (best known as the star of Prison Break), it tells a macabre coming-of-age tale about family dysfunction and human depravity, within the mould of an atmospheric gothic horror. Featuring fantastic performances from Mia Wasikowska, Nicole Kidman and Matthew Goode, its many chilling twists and turns effectively serve the formal brilliance of director Park’s vision. Any shortcomings with the script in the latter half are forgivable because of how incredibly beautiful it is visually and how immersive it is as an experience. 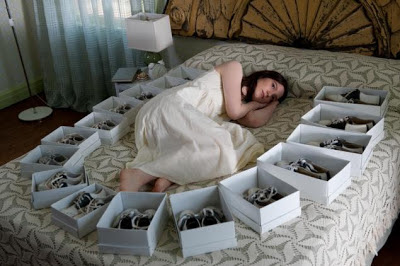 On the day of her 18th birthday introvert misfit India Stoker (Wasikowska) learns that her beloved father (Dermot Mulroney) has died in a car accident. Estranged from her mother, Evelyn (Kidman), she becomes even more cold and withdrawn than usual in her grief. When her father’s charismatic brother Charlie (Goode), a man India has never known, comes to visit and decides to stay to help around the place, she is immediately suspicious of him. At a time when she is dealing with grief but existential angst, seclusion and her overbearing mother, the arrival of this stranger puts her at great unease. What secrets does he harbour? What is his fascination with her and why is she so drawn to him?


Continue reading at Graffiti With Punctuation.
Posted by Andy Buckle at 9:55 PM