At this year’s Cannes Film Festival Stranger by the Lake was the winner of the Queer Palm, while writer/director Alain Guiraudie was named Best Director in the Un Certain Regard section. It screened at the Queer Screen Film Festival last week, and is scheduled to hit cinemas on limited release next month. 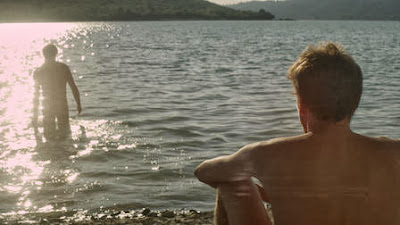 This confronting film pushes some boundaries. The explicit sex scenes (real acts, clearly unsimulated) will likely shock many an audience, but while possessing a handsome visual style, this is as candid a study of the homosexual cruising lifestyle as you are likely to find on screen. It is a tale of desire and lust, companionship and solitude, voyeurism and secrecy, enshrouded by murder. While it isn’t a particularly enjoyable experience – routine and repetition are ingrained in the plot, the laboured middle stretch involving a police investigation less than convincing – one can admire this bold undertaking. The final minutes alone will leave your heart racing.


Continue reading at Graffiti With Punctuation.
Posted by Andy Buckle at 11:23 PM