Wonderfully written and directed by Destin Cretton (I Am Not A Hipster), Short Term 12 is actually based on Cretton’s 2008 short film of the same name, which also stars Brie Larson and several other cast members. Premiering at the 2013 SXSW Film Festival Short Term 12 won the Grand Jury Narrative Feature Award and the Narrative Audience Award, and has since been nominated for several Independent Spirit Awards. It is a sincere film that is full of life, with fantastic performances and arresting drama that provokes almost every emotion imaginable from an audience. Infusing well-suited humour, and without overdone sentiment, Cretton beautifully balances the uplifting and the heartbreaking in an authentic telling of tremendously moving human stories. 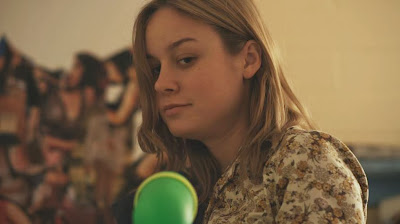 So observant is this study of the relationship between caretakers and residents at a foster-care facility that you leave questioning whether Cretton has had some experience in this environment himself. Extraordinarily, he has worked in a facility like the one he depicts, and has actually drawn influence from his personal encounters. It is a film about the emotional and physical scarring suffered my many youths, and the role these facilities (and passionate supervisors) play in offering a safe environment for temporary refuge and in helping to ease them back into society.

Grace (Larson, 21 Jump Street) is a twenty-something supervisor of a Southern California foster-care facility called Short Term 12. She works long, tough hours as a nurturing and counseling presence for damaged and at-risk teenagers and provided leadership for her colleagues (some of whom are experienced, others we join on their first day). She loves her long-term boyfriend Mason (John Gallagher Jr, The Newsroom), who also works at Short Term 12, and their mutual understanding of the line between their professional and romantic relationship is one of the many charms in the film. These two are perfect for one another, and it is obvious. Over the course of the film Grace will be forced to deal with a mounting series of personal anxieties that have been bubbling beneath the surface as a result of some unexpected recent news and the arrival of a new girl Jayden (Kaitlyn Dever), whom she closely relates to. This begins to affect both her relationship and her profession until she is forced to take on her own advice.


Continue reading at Graffiti With Punctuation.
Posted by Andy Buckle at 10:27 PM