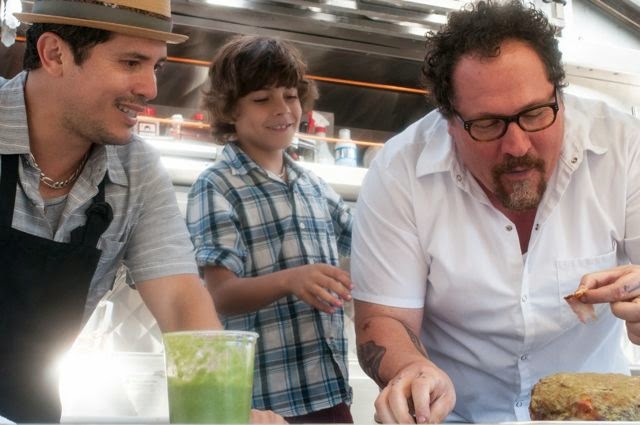 Chef (May 8) - Favreau's workaholic pro chef Carl Casper revives his passion and gets back to cooking real inspired food again while on the road from Miami to L.A with his best friend and estranged son in a newly-acquired (and miraculously made-over) Cuban cuisine-inspired food truck named El Jefe Cubanos. It will prove to be his vessel to redemption. When he walks out from his job as head chef of a sleek but tired L.A restaurant, and makes a meal of a public social media-fueled rivalry with influential food critic, he returns to his origins in Miami, re-acquainting with his ex-wife, a successful event planner, and his tech-wiz of a ten-year-old son, along the way.


It is the montage-y cross-country road trip where Favreau's film livens up, but as pleasant and enjoyable as Carl’s turnaround is, and as delectable as his food looks, it all runs longer than necessary. He also overdoes the trendy multimedia foundations that add timely relevance, while glazing up its tropes just enough.

I enjoyed the soundtrack of instrumentals from hip hop classics and the brief Gary Clark Jr. show and the montages of food prep will make your stomach grumble. Leguizamo, as usual, is a blast but some of the cast (Johansson, Cannavale, RDJ) is under/oddly used. Favreau is likable and his professional crisis is convincing. Even without the failing single dad turnaround it would have been satisfying enough to see him find a means to once again live out his passion for cooking; which we learn is a daily requirement to fuel his happiness.

A couple of things: I didn't buy that Dustin Hoffman's jerk restaurant owner would impose such limitations on his clearly-talented chef, especially when the critic who roasted his restaurant the night before is coming in 'again' with the expectations of experiencing a different menu. Also, if that review was so bad why was the place busier than ever on that night? Also, you have to question the casting of some of the most beautiful women in the world (Sofia Vergara and Scarlett Johansson) as Favreau’s ex-wife and love interest. There are a few things in the script that let it down, but it's a sweet film that has a lot of heart. ★★★

Released on May 15 are two foreign language dramas that I viewed at last year's Sydney Film Festival.

Child's Pose - In the 2013 Golden Bear winner the lives of an estranged mother and son collide after an incident, resulting in a fascinating study of family, class and justice in Romanian society. Talky but engaging, and quietly suspenseful, and like other modern dramas from the burgeoning national industry, there is no clear line between the construct of the narrative and natural events. Excellent hand-held photography (the lengthy takes are especially impressive) and exquisite performances. ★★★1/2 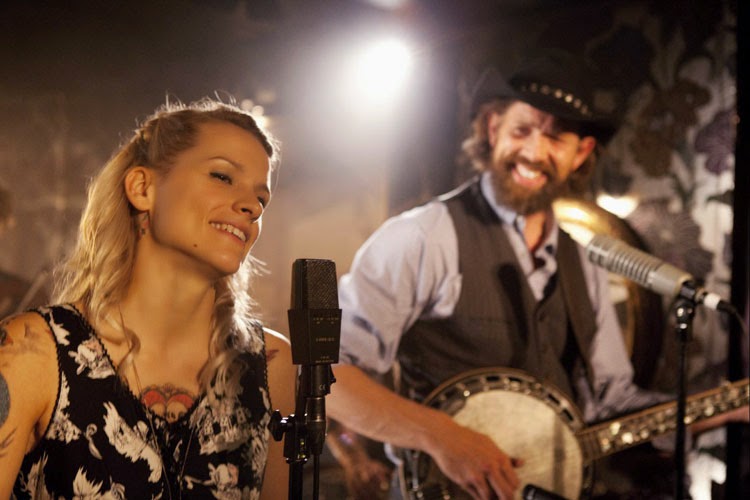 The Broken Circle Breakdown - "I want you to cry dammit!" Any affecting drama in the Best Foreign Language Film Oscar nominee is undone by a maddening final act that is clearly blind to its gross overreach, genre pitfalls and strays into blatant emotional manipulation. Still, it does hit hard at times with achingly sad and traumatic situations that draw sympathy towards the central couple, who are dealing with a life-changing diagnosis and forced to cope with their young daughter's terminal illness. This is complemented by a pair of beautiful performances (Baetens and Cattrysse), and neat bluegrass soundtrack.

Following one particular tragic turn it becomes an overload of melodrama, introducing a preachy pro-life/stem cell debate to make matters worse, and erratically incorporating its sketched themes into the sad sequence of events. A shame. While members of the Sydney Film Festival audience were reaching for their tissues, I was left bewildered and frustrated. It has continued to leave a bitter taste, especially as it gathered awards buzz. Having said that, I remember enjoying Groeningen's use of the non-linear storytelling, while the music and most of the film's first half is wonderful. ★★★