Under the Skin has a limited release in Australian cinemas - including Palace Verona here in Sydney - from May 29.

Jonathan Glazer, the renowned visionary director of three feature films and many music videos and commercials, makes a welcome return after working on his astonishing and beguiling new film, Under the Skin, for the last decade. His previous feature film, the hauntingly brilliant and underappreciated Birth (2004), stars Nicole Kidman as a woman who believes her late husband has been reincarnated as a young boy. Before that he directed the BAFTA-winning crime thriller Sexy Beast (2000), for which Sir Ben Kingsley received a Best Supporting Actor Oscar nomination for his terrifying performance. 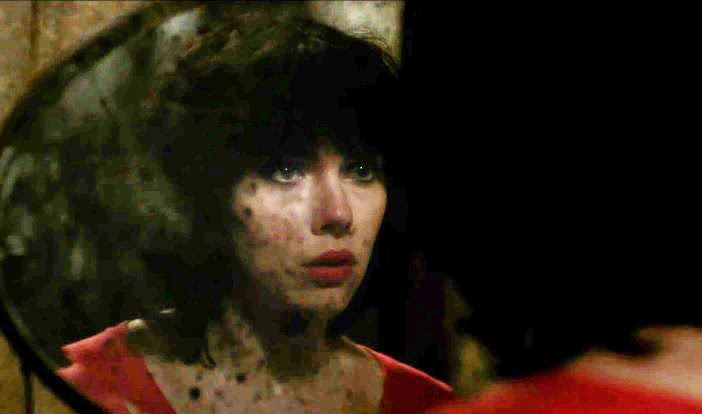 Under the Skin premiered at the 2013 Venice Film Festival, where it screened in competition and was met with a fitting chorus of boos and cheers. It is a film that is sure to provoke a strong reaction, however you feel about it. I loved it.


Under the Skin is a thoroughly absorbing experience of pure cinema and an expert utilization of the sensory spectrum within the medium. It is a film bursting with opportunities for theoretical and analytical dialogue, but ultimately a film about our world, how our world is seen through alien eyes and what it means to exist on earth as a human being.


In addition to Glazer’s credentials the producers of Under the Skin also have impressive resumes. James Wilson served as a producer on Joe Cornish’s low-budget sci-fi Attack the Block and executive producer on Edgar Wright’s Shaun of the Dead. Nick Weschler’s name can be found credited on Magic Mike, The Road, The Fountain and Requiem for a Dream. This is a top-tier production unlike anything I have ever experienced. The artistry is evident in every single frame.

Under the Skin is based, very loosely, on Michael Faber’s stunning 2000 novel of the same name. If you are inspired to read his novel after seeing this film, I wholeheartedly recommend it. Both texts are so different that they proudly stand alone, linked only by the predatory female – named Isserley in Faber’s novel - who cruises the streets of Scotland looking for men to seduce. In Faber’s novel it is revealed that the heroine is an alien who has been surgically altered to appear as a female, looking for suitable specimens - young, healthy Scottish men with no families and whose sudden disappearance wouldn’t be soon noticed – who are then turned into a type of meat to be sent back to her starving homeland. She views herself as a professional, dedicated to doing her job to the best of her ability. She has learned how to act human purely for the purposes of her role, but that façade often slips, caught out by language barriers and unacquainted cultural and political references.


The film’s psychedelic opening sequence consists of an eye being formed, which is signification that we are dealing with something non-human. Accompanying these strange images are the sounds of a female talking - mostly indistinguishable vowel sounds and the repetition of simple words. The significance of this vocal training becomes apparent once we are introduced to Scarlett Johansson’s alien (who I will later refer to as ‘the girl’). In the next sequence we see her removing the clothes of an identical-looking woman. Who is she? The audience is immediately challenged to interpret the exposition-free narrative from these audio and visual cues.


The girl prepares herself for her role and cruises through the streets of Scotland in a white van. While we come to understand something about the creature, enough to inform what is to follow, she remains intriguing. What is it? Where is it from? What is the mission? How far do its human characteristics stretch? The men the girl successfully lures to her cottage with the prospect of sex find themselves engulfed in an inky blackness that feels like it is within another dimension. How they meet their demise, and what transpires in the film’s very different second half, is best left unshared. But, I can assure it won’t be forgotten. 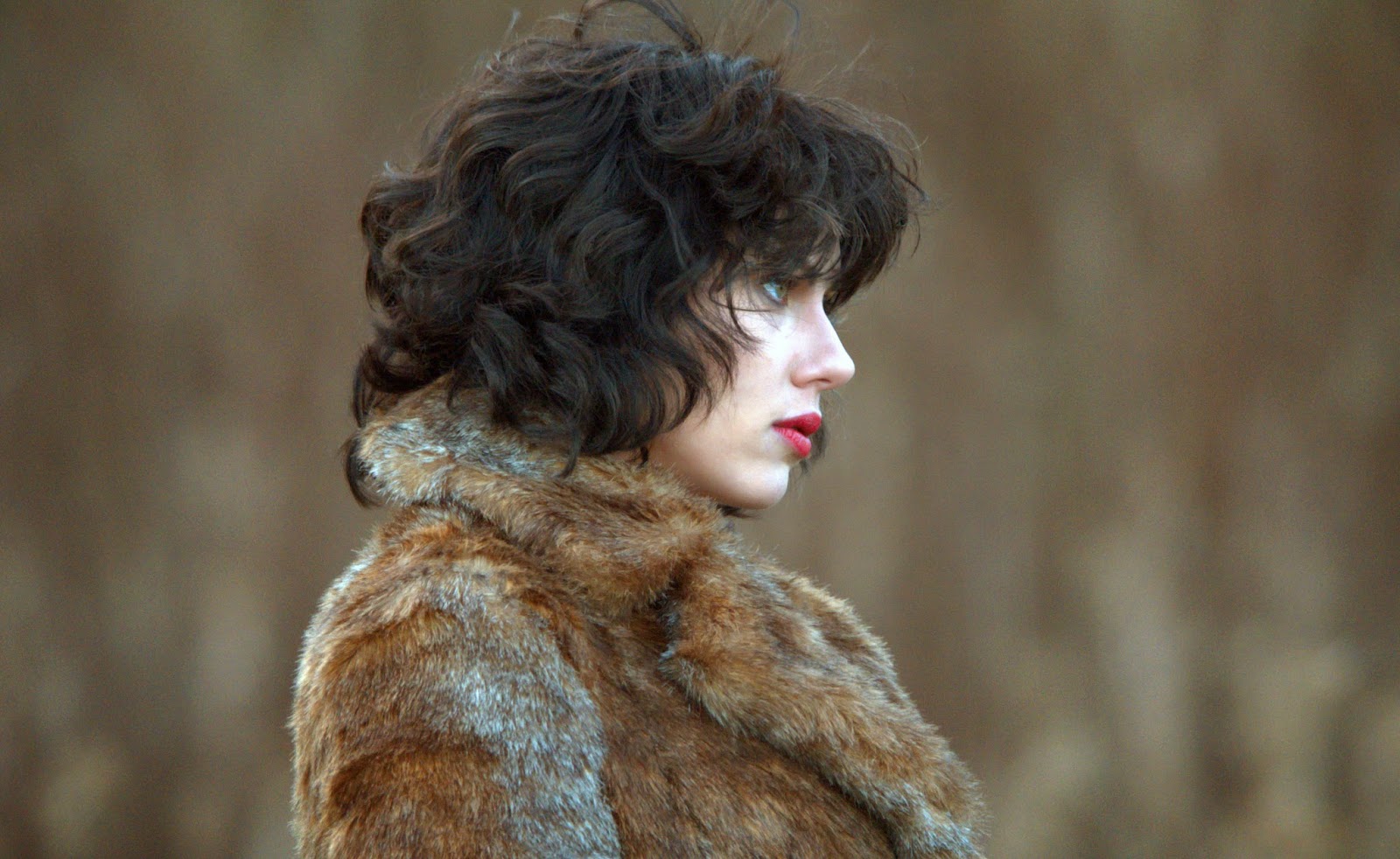 Glazer’s co-screenwriter Walter Campbell had never read the book when he came on board, and Glazer has said in interviews that he left the book behind early on in the production. “There is definitely the residue of the narrative from the book, but rather than exploring industrialized food practices and the idea of what it would be like if humanity were the source of food for someone else, it is about the girl’s transformation, and fulfilling an idea.” It is a stylish, experimental exploration of, as Glazer puts it, “an ‘It’ becoming a ‘She’.” Without even considering the extraordinary technical elements, this arc is emotionally satisfying by itself. Glazer is more interested in re-seeing the world we live in through the eyes of an extraterrestrial, capturing the nature of humanity – the desire for pleasure and the weight of isolation and loneliness – as a document.


A series of incidents transform the girl from a remorseless predator to a creature with a more advanced self-awareness. She has no empathy or feeling for what she is doing; she has no relationship with human life at all. There is a sequence that takes place on a beach involving a shocking act of self-sacrifice, viewed impassively by her, followed by a horrifically inhuman act to signify this fact.


After seducing a disfigured young man, we see the first signs of the girl’s transformation. She is clearly troubled by the encounter and becomes more self-aware and conscious of her body, and questions her mission. You see the beginning of something, a burgeoning consciousness. It is the story of an organism – a predator who gives up the hunt and asks herself existential questions, before seeking out a more fulfilling life. There are several revelations in this film that are amongst the most heartbreaking I have ever seen.


There is another layer to this film, and that is Johansson’s transformation into her character. Dressed in a wig, hidden beneath a thick fur coat and speaking with a British accent, one could be forgiven for not recognizing her. That was the plan. She was dropped into the middle of Glasgow and forced to interact with the unbeknownst locals. Cameras hidden in the van filmed the scenes of Johansson cruising around and talking to men covertly. Many of these men were not actors and Johansson improvised dialogue depending on their responses to her inquiries. “There were eight cameras built into the dashboard, behind headrests, places where you would normally find an air conditioner,” Glazer says. Johansson clearly had an appetite to do something risky and is incredible and she has thrown herself into this challenging role. It is perhaps her greatest performance yet. 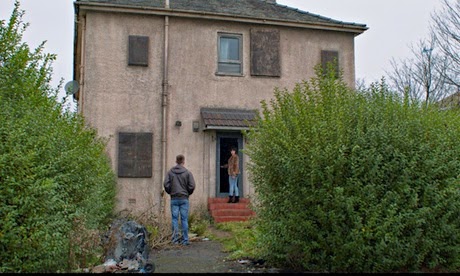 When you learn just how much work that went into filming some of these sequences, you may just appreciate the film even more. This is a filmmaker that has decided to take risks to make a film in his own unique way, managing to align an audience with the girl’s journey, while ensuring that the essence of reality is maintained. The success of these scenes hinged on the moment and was reliant on factors outside the control of Glazer and Johansson. Even if they captured a fantastic scene, the photographed individual had to give their consent for the footage to be used.


I’ll emphasize that one’s appreciation for this film extends beyond the boundaries of the experience in the cinema. It demands reflection and consideration, and if you were every bit as absorbed as I, this will reward.


The layers of sound exist like a fog within the membrane of the film and it becomes very difficult to differentiate between the natural sounds captured and Mica Levi’s accompanying compositions. The sound design was supposed to be an added auditory level to the girl’s sensory experiences, and is alone worth extended discussion. Lets just say, it is out of this world.


This film has a personality; the atmosphere created by the pacing, the stunning visuals and the rhythms of sound is effectively a texture. Alfonso Cuaron’s Gravity, Nicolas Winding Refn’s Only God Forgives and Leos Carax’s Holy Motors are other examples of recent films in which the aesthetic choices have created an intoxicating texture within the cinema.


Under the Skin is a masterpiece. It is intense, unnerving, horrifying and devastating. If a film can challenge the way you think about the world you live in, and the humans that populate it, it deserves the highest praise. Have you ever been so affected by a film you have sat through the entire closing credits mouth agape in shock, and when you tried to stand up and leave your legs wouldn’t let you? This happened on Friday 2nd May when I watched this film. I can't wait to watch it again.