In cinemas this week: Before I Go To Sleep, A Walk Among the Tombstones, Son of a Gun, Force Majeure and Tammy. 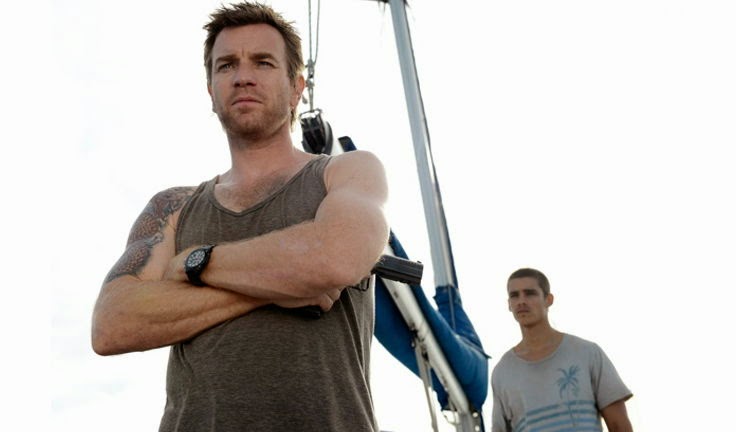 Before I Go To Sleep - A taut thriller based on the worldwide best-selling novel by S.J. Watson, Before I Go To Sleep is the story of a woman (Nicole Kidman) who wakes up every day with no memory as the result of a traumatic accident in her past. One day, terrifying new truths begin to emerge that make her question everything she thinks she knows about her life - as well as everyone in it, including her doctor (Mark Strong) and even her husband (Colin Firth).

A Walk Among the Tombstones - Based on Lawrence Block's bestselling series of mystery novels, A Walk among the Tombstones stars Liam Neeson as Matt Scudder, an ex-NYPD cop who now works as an unlicensed private investigator operating just outside the law. When Scudder reluctantly agrees to help a heroin trafficker (Dan Stevens) hunt down the men who kidnapped and then brutally murdered his wife, the PI learns that this is not the first time these men have committed this sort of twisted crime. Blurring the lines between right and wrong, Scudder races to track the deviants through the backstreets of New York City before they kill again.

Son of A Gun - Serving six months for a minor offence, 19-year-old JR (Thwaites) quickly learns the harsh realities of prison life. After a chance encounter, he finds himself under the watchful eye of the enigmatic Brendan Lynch (McGregor), a calculating crime boss with extensive connections both inside and out. In exchange for protection, JR becomes apprentice to Lynch, and upon release he must orchestrate Lynch’s daring prison escape. Rewarded for his involvement and with a taste for the high life, JR joins the crew on their next job – a high stakes heist that promises to deliver millions. As he gets sucked deeper into Lynch’s criminal underworld, a tangled, co-dependent relationship develops. While planning the heist, he begins to suspect he is being played. Unsure of whom to trust, JR soon finds himself on a collision course with his mentor in a very dangerous game. Shot in Perth, Melbourne and Kalgoorlie, Son of a Gun is the debut feature of Australian director Julius Avery, whose short film Jerrycan was a Jury Prize winner at the Cannes Film Festival.

Force Majeure - A critical favorite and word-of-mouth sensation at this year's Cannes Festival, where it took the Jury Prize in Un Certain Regard, this wickedly funny and precisely observed psychodrama tells the story of a model Swedish family-handsome businessman Tomas, his willowy wife Ebba and their two blond, pre-teen children-on a skiing holiday in the French Alps. The sun is shining and the slopes are spectacular but, during lunch at a mountainside restaurant, an avalanche turns everything upside down. With panicked diners fleeing in all directions, Ebba calls out for her husband as she tries to protect their children. Tomas, however, makes a decision that will shake the family's world to its core. Although the anticipated disaster fails to occur, his marriage now hangs in the balance as he struggles to reclaim his role as family patriarch.

Tammy - Tammy (Melissa McCarthy) is having a bad day. She's totaled her clunker car, gotten fired from her thankless job at a greasy burger joint and, instead of finding comfort at home, finds her husband getting comfortable with the neighbor in her own house. It's time to take her boom box and book it. The bad news is she's broke and without wheels. The worse news is her grandma, Pearl (Susan Sarandon), is her only option-with a car, cash, and an itch to see Niagara Falls. Not exactly the escape Tammy had in mind. But on the road, with grandma riding shot gun, it may be just what Tammy needs.


Weekly Recommendation: Force Majeure, based purely on speculation. It has plenty of Oscar buzz, and near-unanimous praise from friends who have seen it at MIFF and TIFF. Son of A Gun benefits from a compelling turn by Ewan McGregor as a tough guy, and despite doing several things quite poorly and falling into the trap of cliche at times, is mostly excellent.
Posted by Andy Buckle at 12:58 PM