Son of a Gun, a tense crime drama about a young man who finds himself trapped within a ruthless crime syndicate, is the debut feature from Australian director Julius Avery, whose short Jerrycan won a Jury Prize at the Cannes Film Festival. 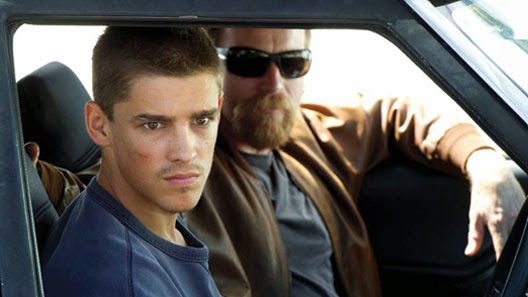 It features an international cast, including Ewan McGregor (Trainspotting, The Ghost Writer) and Alicia Vikander (A Royal Affair, Anna Karenina) as well as newcomer Brenton Thwaites, and was shot in Perth, Melbourne and Kalgoorlie. The latter location is a terrific setting for some of the film’s most vivid latter half sequences, with the rugged ash-coloured terrain surrounding the gold mines perfect in conveying the sense of isolation felt by the young protagonist.

Placed in a maximum-security prison for six months following a minor offence, 19-year-old JR (Thwaites) confronts the harsh realities of the life. When he begins to be terrorized by fellow inmates he finds himself taken under the wing of Brendan Lynch (McGregor), a feared and highly respected crime boss whose reputation is widely known and respected. With extensive connections outside of prison, he offers JR protection while inside if he will assist in the orchestration of Lynch’s daring escape once he is released. From there he is introduced to Perth’s dangerously seductive underworld and meets the beautiful Tasha (Vikander), and as Lynch plans his next high-stakes heist the dependent relationship between mentor and protégé grows increasingly unpredictable.


Continue reading at Graffiti With Punctuation.
Posted by Andy Buckle at 7:26 AM