Interview - Paul Thomas Anderson (Director: The Master, There Will Be Blood)

On Wednesday 24th October I was lucky enough to represent Graffiti With Punctuation in a round table interview session with the director of Boogie Nights, Magnolia, Punch-Drunk Love, There Will Be Blood and The Master, Mr. Paul Thomas Anderson. He is one of the most talented and most respected filmmakers of his generation and admirers of his films (myself included) claim them to be amongst the greatest American films ever made. 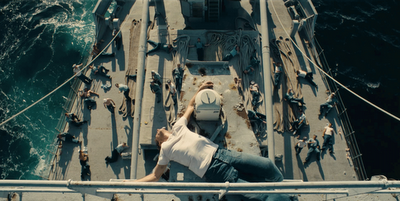 Paul was in town to promote The Master, his most recent ‘masterpiece’. Later that evening he would be introducing the film at the opening of the 1st Cockatoo Island Film Festival and the following night he would be conducting a Q&A session at the Astor Theatre in Melbourne, where the film would be screened in the desired 70mm format. Shane A. Bassett [SB] (a reviewer for the Central Coast Express Advocate), and Jamie Watt [JW] (writer for AskMen) joined me for the roundtable.

Check out the interview at Graffiti With Punctuation. The Master is in cinemas November 8.
Posted by Andy Buckle at 9:08 PM