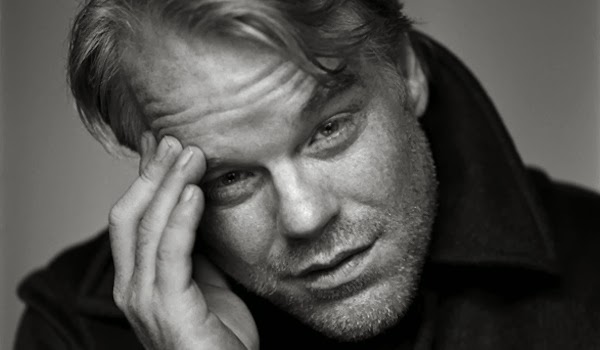 As The Film Emporium acknowledged earlier this week, the magnanimously talented Philip Seymour Hoffman was found dead on Sunday after having reportedly overdosed on heroin. The news has sent shockwaves throughout the world, with several high-profile celebrities publicly offering their condolences to Hoffman’s family, and social media feeds have all featured lengthy commentary from bewildered fans. It’s even been said that neither his ex-girlfriend (and the mother of his three children) Mimi O’Donnell, nor his own mother realized the true severity of Hoffman’s drug relapse. What’s even more tragic is that Hoffman had been stockpiling heroin -- with the police claiming to have found around 60 bags in his apartment. Hoffman is also said to have told at least one friend in the weeks preceding his death: “If I don’t stop, I know I’m going to die.”

The news of Hoffman’s death is all the more tragic because of all the recent news surrounding celebrities and their substance abuse issues. Consider, for instance, former Glee star Cory Monteith’s tragic heroin-related death last July.

One of the underlying tragedies is that stars have historically had issues with drugs and alcohol. There are countless stars who have perish as a consequence of their bad habits: Judy Garland, Jimi Hendrix, Oliver Reed, Mitch Hedberg, Amy Winehouse… The list goes on and on and on.

And this must seem baffling to most people in the general public; why do people who seem to have the most enviable lifestyles allow themselves to completely self-destruct? After all, these are celebrities who have obtained wealth by doing the things which they love. They command and respect the attention of strangers all over the world. And if they received critical accolades as well as commercial success, many people wonder why would these celebrities would need the sort of escape which hard drugs and alcohol provide. And the answer is that there is no simple answer, only centuries of evidence which suggest that, historically, drugs and alcohol have provided a coping mechanism for creative personalities. We also have reason to believe that the very same neuroses and issues which propel certain personality types towards creative expression could be the very same issues which precipitate drug abuse.

Some have managed to overcome their addictions though. For instance, Dick Van Dyke struggled with alcoholism for years before committing to sobriety, and at 88, he continues to thrive professionally. Oprah Winfrey is another example of a contemporary public figure who struggled with addiction. The television show host and media mogul is said to have abused crack-cocaine during her troubled teenage years, but she has clearly managed to transcend her addiction.

One historical artistic figure whose life does seem to echo Hoffman’s in a somewhat eerie way was of course Truman Capote. Hoffman, of course, played the iconic writer in the biopic Capote, which was an enormous success for the actor, who meticulously studied the late writer’s mannerisms and idiosyncrasies. Hoffman would ultimately receive both an Academy Award and a Golden Globe for his portrayal of Capote, and the film stands as a startling testament to the actors brilliance. If you haven’t seen the film, by the way, you must watch it immediately (it’s currently available for streaming on www.directstartv.com and Netflix). Part of what makes the film reminiscent of the actor’s life is that Capote’s output, although highly respected in literary circles, was only a fraction of what it perhaps should have been.

Although Capote’s career was far from fruitless, he was a man of great promise who was incapable of fully realizing his artistic potential because of his neurosis. His penchant for substance abuse contributed to his own death at the age of 59.

Likewise, Hoffman was an actor who will be forever remembered by fans and industry professionals alike, and it’s heartbreaking to think about what he might have accomplished had he not succumbed to addiction. But beyond merely lamenting the loss of this terrific man, let us hope others may derive inspiration from this tragedy and conquer their own demons so that the list of supremely talented artists who were taken years before their time does not continue to grow at such a sickening rate.
Posted by Andy Buckle at 7:43 AM