Ron Woodroof’s powerful true story provides the influence for Dallas Buyers Club, a biographical drama directed by Jean Marc Vallee (C.R.A.Z.Y, The Young Victoria and Café De Flore) and written by Craig Borten and Melisa Wallack. The story begins in 1985 as we are introduced to Woodroof (portrayed by Matthew McConaughey), an electrician, who spends his evenings as a rodeo cowboy and small time hustler. After receiving treatment for a work injury he learns that he has contracted HIV, and given just 30 days to live. 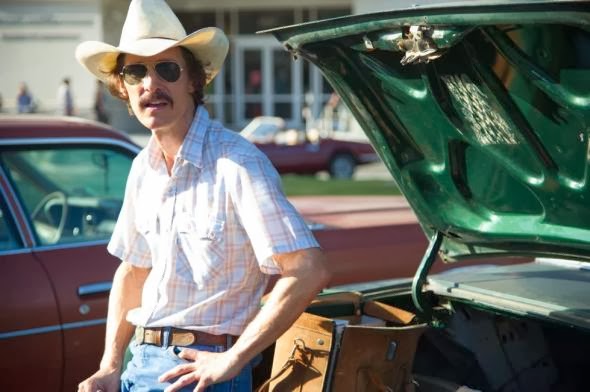 Ostracized by his friends and colleagues, Woodroof initially refuses to accept the news, but then begins to suffer alone and dedicate his precious time to researching treatments. Dr Eve Saks (Jennifer Garner) informs Woodroof that they are currently trialing an antiviral called AZT, the only drug approved for testing on humans by the Food and Drug Administration (FDA). After meeting a doctor, Vass (Griffin Dunne), in Mexico Woodroof starts up a business with the help of Rayon (Jared Leto), a HIV-positive transgender woman, in bringing Vass’ prescribed (but unapproved) treatments into the U.S.A for distribution in protest against the unproven AZT.


Continue reading at Graffiti With Punctuation.
Posted by Andy Buckle at 7:44 AM