Legendary Japanese animation director Hayao Miyazaki announced that The Wind Rises would be his final film prior to a timely retirement from filmmaking. Miyazaki adapted The Wind Rises from his own manga of the same name, which was loosely based on the short story ‘The Wind Has Risen’ by Tatsuo Hori. The Wind Rises is a fictionalized biography of aerial engineer Jiro Horikoshi, designer of the Mitsubishi A6M Zero, used by the Japanese during World War II. 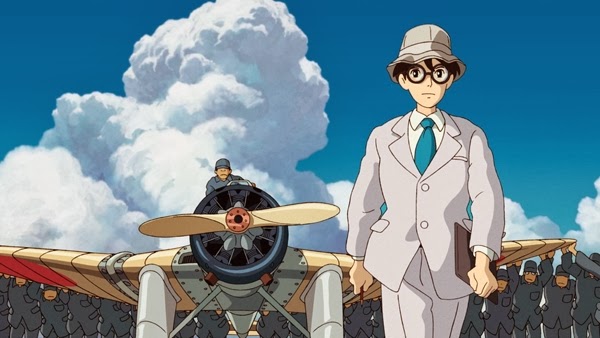 The creator of animated classics like My Neighbor Totoro (1988) and Princess Mononoke (1997), Miayazaki has also been a controversial voice in Japanese media with his strong anti-war/establishment views. The changing political and cultural landscape in Japan, post-Great Kanto Earthquake and pre-World War II provides a rich foundation for Miyazaki to explore Hiro’s aeronautical dreams and engineering feats. I adore Miyazaki’s love for invention and his obsession with how machines function, the details of which have always been carefully included in his films. The motion of flight (Castle in the Sky, Porco Rosso) and the image of machines in action (Spirited Away, Howl’s Moving Castle) has always been an incredibly beautiful element of his animation and are at the heart of this tale. The Wind Rises is a distinctly personal film, a strikingly animated tale of love, inspiration and artistic commitment.