Every now and then a powerful, emotive and chilling political tragedy endowed with harrowing realism will come along that forces viewers to cower in horror at the state of the world they live in. Few films in recent memory have so deftly dealt with such an intriguing and compelling mystery as the one that drives Incendies. Few can match the film's tension and lasting impact neither.

From writer and director Denis Villeneuve (Maelstrom, 2000), Incendies is a Quebecois production and an adaptation of Scorched, Wajdi Mouawad's acclaimed play. Premiering at the Venice and Toronto International Film Festivals in September 2010, Incendies was selected as the Canadian representative amongst the nominees for Best Foreign Language Feature at the 83rd Academy Awards. Though predicted to take out the award, Susan Bier's fantastic Danish drama, In A Better World, was the eventual winner. 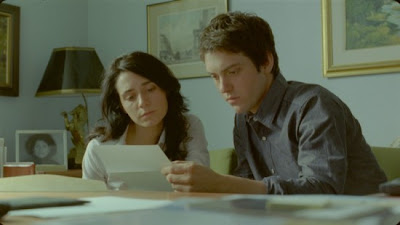 The film's central characters are Jeanne (Melissa Desormeaux-Poulin) and Simon Marwan (Maxim Gaudette) and their recently deceased mother Nawal (Lubna Azabal). The sudden and inexplicable death of their mother, who rescinded into a state of silence and shock during her final days, has noticeably affected the twins in different ways. To be read the terms of their mother's will, the notary and the last employer of Nawal, Jean Lebel (Remy Girard), invites the twins to his office. The entirety of her estate will be equally divided between the twins, but in addition she has left them an unusual assignment each. Jeanne must deliver an enclosed letter to a father she believed was long dead; while Simon must deliver a similar one to a brother neither of them were aware ever existed. The contents of the letters are not revealed, but her instructions stipulate that a third letter will be issued to the twins once the others have been successfully delivered, and their mother's life understood.

Jeanne is in favour of completing her mother's wishes, but she doesn't receive the same cooperation from Simon. Claiming to be at peace with his mother's death, Simon desires nothing more than to keep a lid on her dark secrets and honour her with a 'normal' burial. Jeanne is reluctant to tackle this mystery without the support of her brother, but realises her mind will never be at rest unless she knows for sure. Instructed by her mathematics mentor to investigate, she is given one of his university contact as a starting point. The plight for the Marwan twins is that they really know very little about their mother's life. When trying to unravel their tangled roots, they find that it is impossible to discover the identity of the men they are searching for, without first discovering where their family came from.

Villeneuve presents us with a multi-layered narrative, seamlessly correlating between Jeanne's visit to a recently war-torn Middle Eastern country, retreading the life of her mother and searching for answers from people who once knew her, with Nawal's tragic personal story from decades before. The story is meticulously constructed through a series of episodes, with each headlined by a title caption. Jeanne is soon enough made aware that her mother's history is more shocking than she could have expected, while Narwal's courageous struggle amidst the war-torn nation is unsettling to say the least. Having first to cope with the murder of her boyfriend and then the forced adoption of her baby (conceived out of wedlock), she finds herself caught in a violent and divisive political struggle. As the stakes becomes more dangerous for the twins, sinister and unfathomable secrets await them. To reveal any more would prove to be a great disservice to anyone with the desire to see this wonderful film....and this should be all of you. 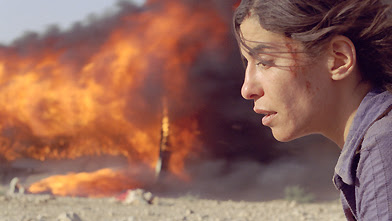 Incendies is not just a compelling mystery that keeps you on the edge of your seat throughout and challenges you to process everything you witness, it is also a dark, powerful and tragic human drama. Amidst a divided, war-ravaged nation consumed by intense hatred and brutal violence, the story of this courageous woman, whose past is decidedly kept hidden from her children, is shocking and moving. Directed by Denis Villeneuve with great assurance and confidence (this is his most established achievement to date), the build up is dense and involving and rounded with consistent and often suffocating tension. The final reveal hits you like a strong punch to the stomach. Considering what you have witnessed through the course of the film, you still find yourself unprepared for the shock. While an attentive viewer will remain committed to every scene, it makes for a nervous watch. The means by which the plot lines converge and the how the secrets culminate, is a masterstroke of dramatic filmmaking. 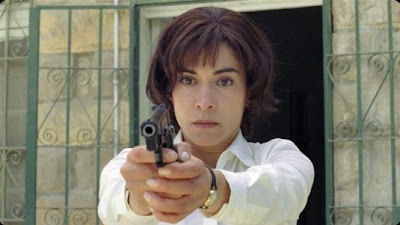 The sporadic violence is pretty brutal, and the war-ravaged setting makes for a frightening backdrop. While Jeanne's search for her family initially seems impossible, her wandering through the labyrinth of streets extenuates her isolation amidst this strange land. Narwal's struggle to locate her son, having to pose both as a Christian and as a Muslim refugee, ends countless times in vain, as she stumbles across the still smouldering ruins of deserted Southern villages and evade the wrath of the sadistic Nationalists.
The camerawork is exceptional and endowed with a documentary-style sense of realism. There are several sequences where the film critiques the horrors of enforced childhood military service, and in the opening scene, we see a number of youths having their heads shaved as part of their recruitment, to the accompaniment of Radiohead's 'You and Whose Army'. Amidst the haunting score, the song recurs on a couple of occasions.
The performances are all very strong, especially from the two women, who actually look very much alike. The sequence where Jeanne visits the village her mother grew up in and drinks tea with the women of the village, is a tribute to Melissa Desormeaux-Poulin's powerful performance. Her range of facial emotions here is amazing. Incendies is likely to be one of the best films you will see this year, and certainly one to walk into knowing as little as possible. As a political thriller and human drama it is compelling and extremely powerful. Tautly constructed, beautifully photographed, impeccably acted...it is a masterpiece.
My Rating: 5 Stars (A)
Posted by Andy Buckle at 9:00 PM