In addition to watching 25 films in April I read Afterwards by Rosamund Lupton, Burial Rights by Hannah Kent, The Hitchhiker's Guide to the Galaxy by Douglas Adams and Under the Skin by Michel Faber.

My favourite albums were 'Pinata' by Freddie Gibbs and Madlib, and 'It's Album Time' by Todd Terje.

As for current cinema releases I am very behind. I still haven't seen Muppets Most Wanted, Divergent, The Amazing Spider-Man 2 and Transcendence, but I have seen most of the films to be released in May. Funny how that works. 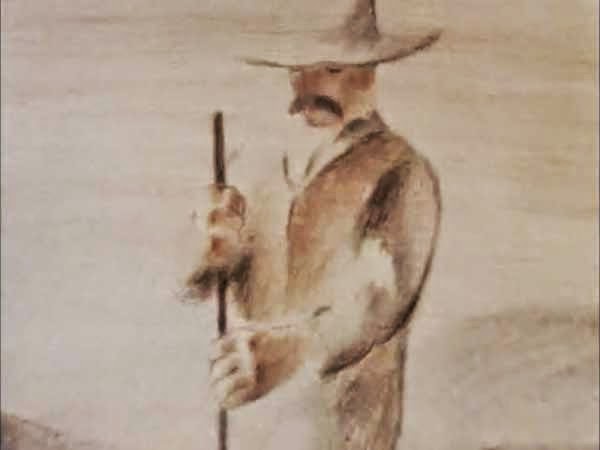 The Man Who Planted Trees (Frederic Back, 1988) - Absolutely wonderful. The most beautiful and affecting film I have seen so far in 2014. Magnificent animation. I will make it essential annual viewing for the rest of my life to remind myself of the extraordinary feats humanity is capable of achieving on this earth. 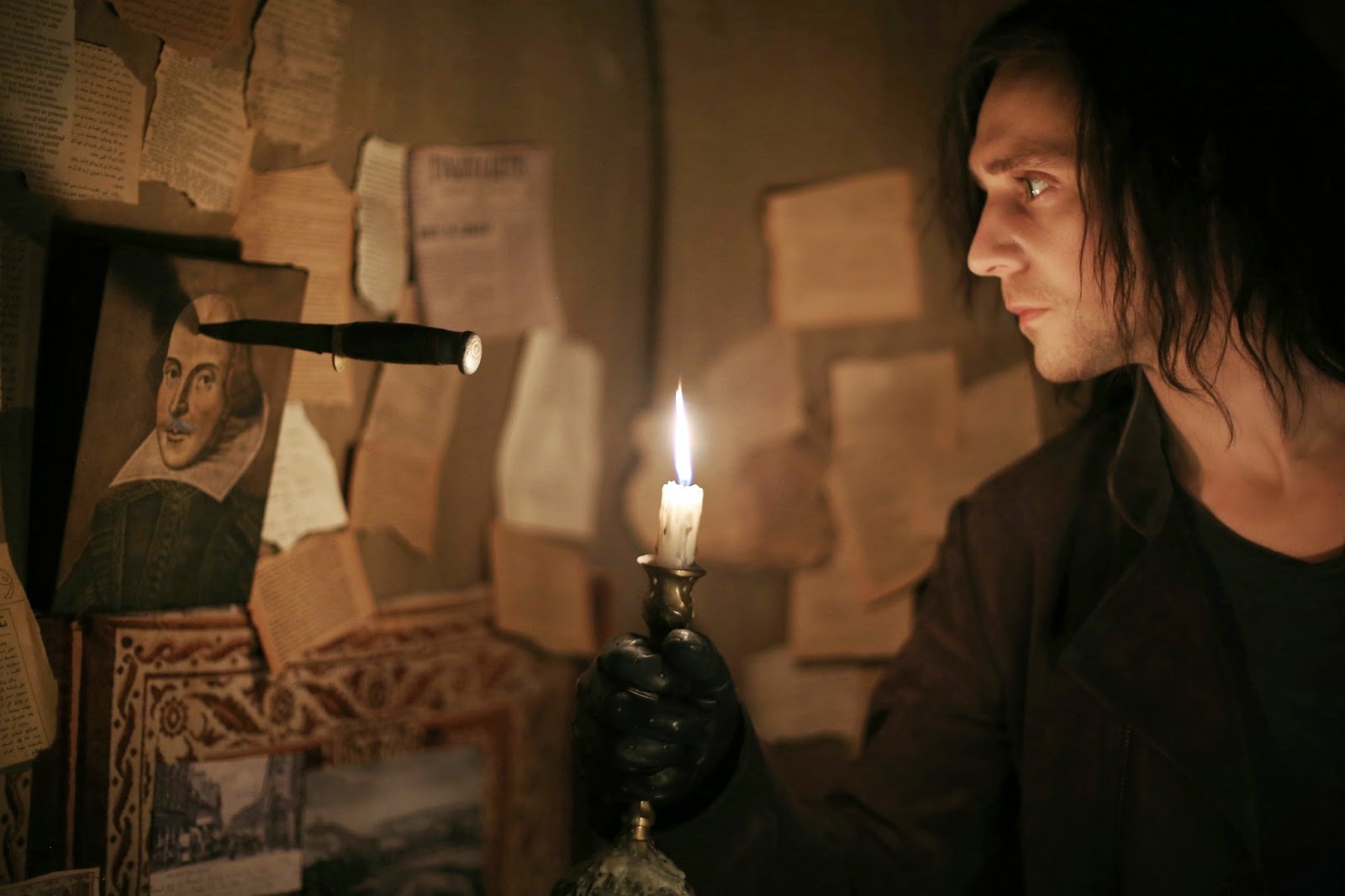 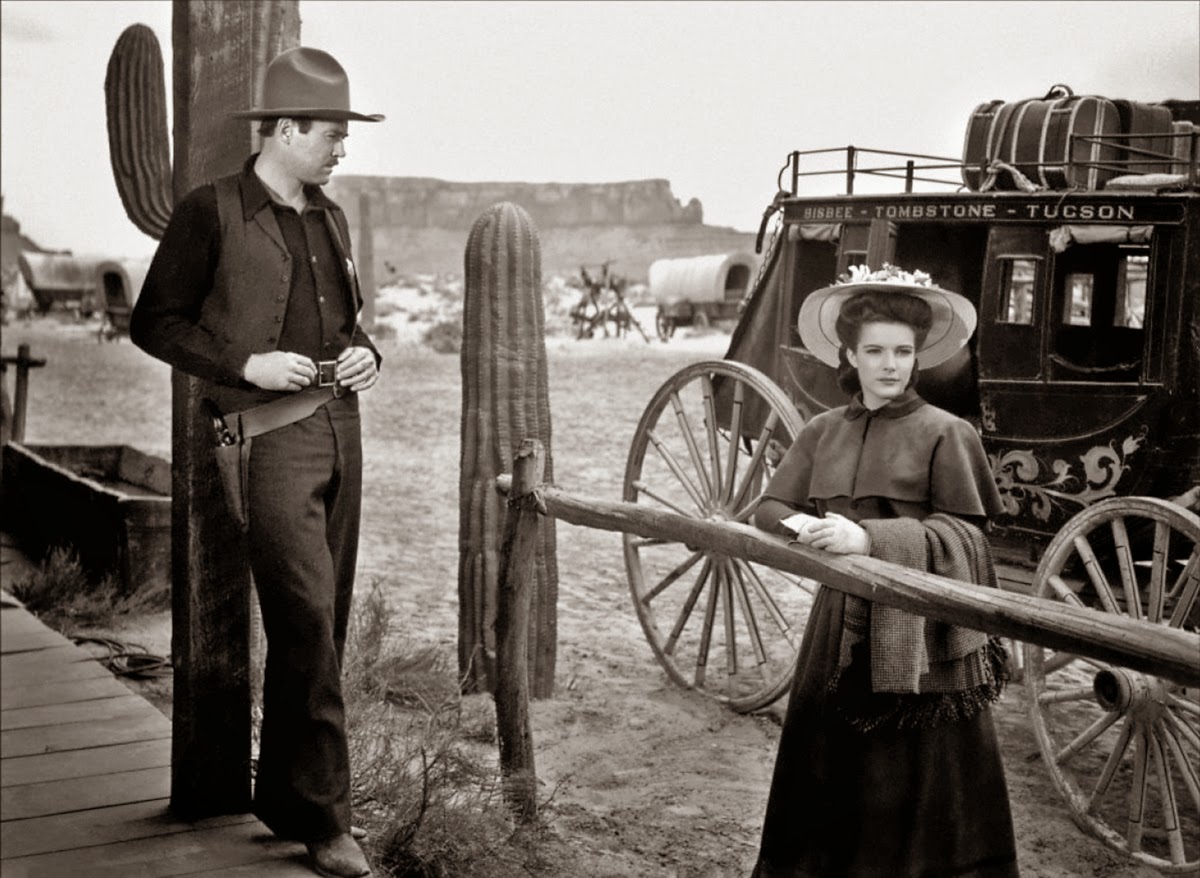 My Darling Clementine (John Ford, 1946) - The story of Wyatt Earp, Tombstone and the gunfight at the O.K Corral, but so much more. My favourite Ford so far. Earp's quest for legal revenge - his control over the town hanging precariously - is compelling, but it is Victor Mature's sad/ill doc-turned-gambling chief that elevates this film into the realm of the greatest westerns.

The Lego Movie (Phil Lord and Chris Miller, 2014) - Well, I was not expecting THE LEGO MOVIE to go into such profound territory about identity and imagination, delivering a potent message about the power of one against corporate conformity, and the limitless creativity present within each and all of us. A genuinely surprising second-half shift that made this brilliantly written film even richer. A giddy, relentless explosion of colourful world-building, action-adventure and invention, with pop-culture references galore, amazing feats of animation and a terrific voice cast. Be sure to stay during the credits and check out how deep it runs. There's something for everyone here. On reflection, it just gets better. 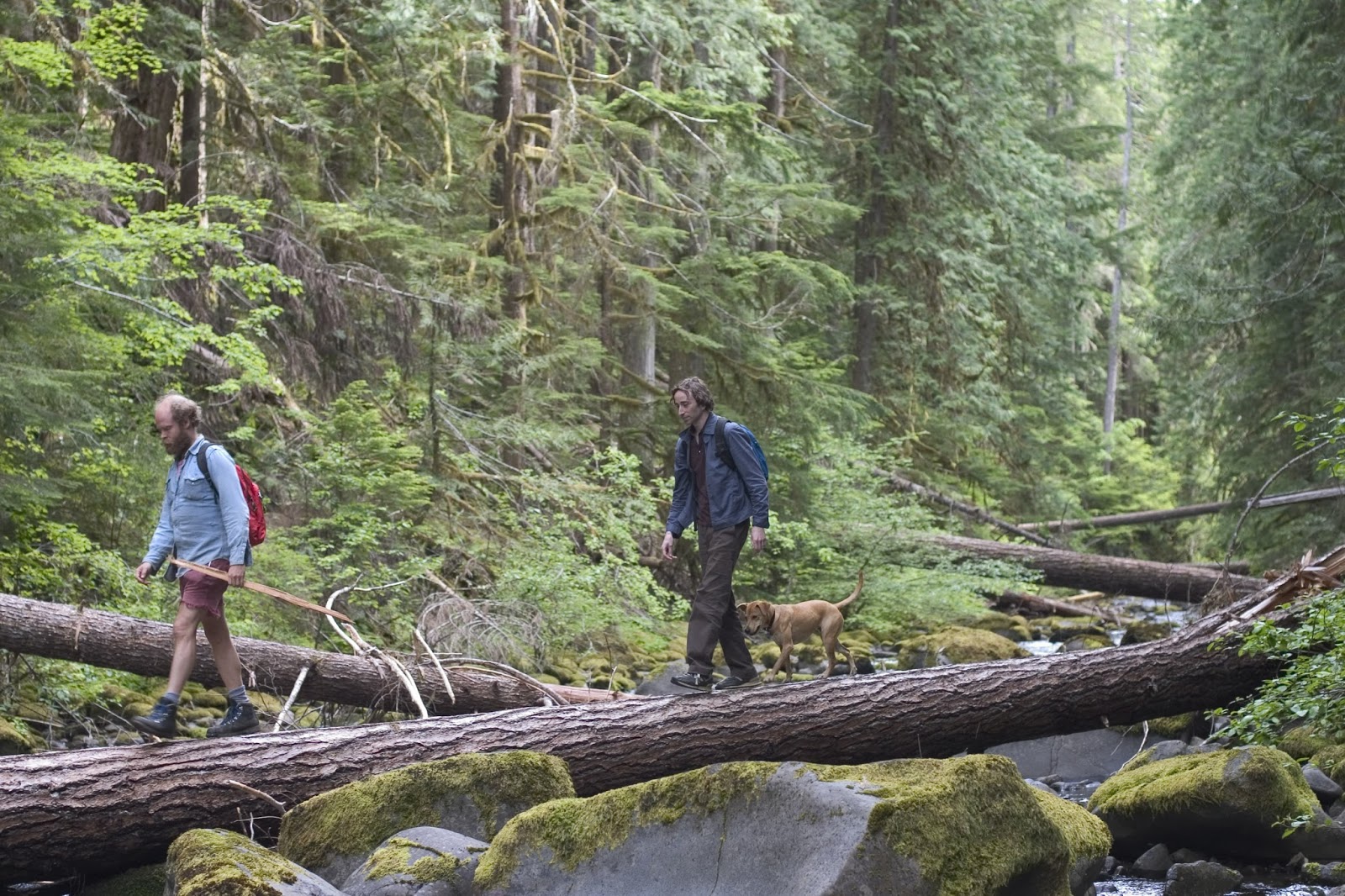 Old Joy (Kelly Reichhardt, 2006) - I don't think I am ever going to forget this film. It really struck a chord with me, and has left me feeling quite sad. London and Oldham's relationship - old friends who have barely kept in touch and share little but memories of the past, a past they each admit to missing - is so authentic, the performances aren't evident. And yet, Oldham is wonderful. The plot is as simple as it gets, but the film is anything but. There is a poetic rhythm to the assembly of shots, and an amazing soundscape, which keeps it utterly captivating. 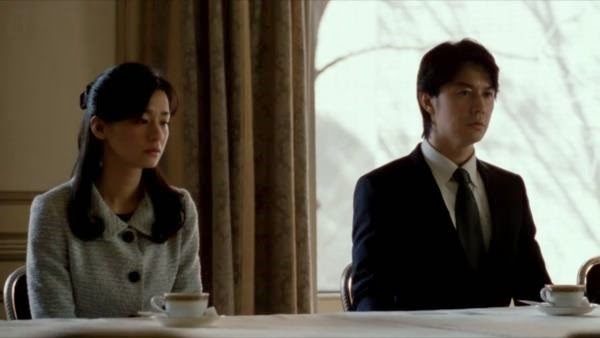 The Babadook (Jennifer Kent, 2014) - Effective blend of malevolent invader/spooky house horror with the real and the personal; a daily reminder of a tragic loss, a wild child and other fatiguing single-mother pressures. It does show a lot of its hands early, but still manages to surprise and frighten consistently. Essie Davis is excellent. The sound design the most unnervingly penetrating and lingering feature.
Neighbours (Nicholas Stoller, 2014)

The Double (Richard Ayoade, 2014) - Memorably peculiar and haunting with some very strong elements (that score!). Ayoade uniquely spins his influences, his direction remarkably assured, but...huh? It's an odd one. I liked it.

Ain't Them Bodies Saints (David Lowery, 2013) - Lifted by compelling performances from Affleck, Mara and Foster this is a passionate, efficient and beautifully told Badlands-esque crime drama that rarely progresses as you'd expect.

Paprika (Satoshi Kon, 2006) - Visually inventive with some truly nightmarish imagery. Though loaded with ideas of dream terrorism and the hijacking of our realities, and cinema as a projected medium of dreams - these begin to weigh down the swift plot, which doesn't stop to allow a viewer to catch up.

Captain America: The Winter Soldier (Joe and Anthony Russo, 2014) - This all-serious Marvel addition bucks the foundations that Rogers and co. fight for. Some excellent high-stakes action set-pieces, and a credible threat to S.H.I.E.L.D, but surprisingly dull overall. Scar-Jo makes a welcome return as Black Widow, and with the exception of Frank Grillo, disappointingly typecast, the new cast were serviceable. I really enjoyed the old-fashioned nostalgia of the first Captain America film, and find Rogers (and Stark) the most interesting of the Avengers team. Rogers is the best team player that's for sure. While I appreciated the meatier plot and the political angles of this one, I became fatigued. BTW the post-production 3D is worthless here. That opening fight scene on the boat was barely visible.

The Other Woman (Nick Cassavetes, 2014) - Pretty bad, but the laxative revenge had me in tears.

The East (Zal Batmanglij, 2013) - An average spy thriller. Tackles interesting ideas about eco-terrorism but I found the character relationships unconvincing and the story preachy and uninvolving. Poorly paced too.

Ender's Game (Gavin Hood, 2013) - Have a drink every time a grim-faced Harrison Ford says: "he's the one, I told you so." Never involved in this. Plot zips by - chapters seem to be too short, and yet the whole experience feels like a drag - but stifled by half-explained details, moronic cliches (several brooding rivals, with meatheaded cronies in tow, challenge the protag to a fight), and bored performances. Ben Kingsley, what were you doing? Ender's 'only chance' status and pushover-to-leader arc heavy-handed too. Decent visual effects though, and Butterfield on the whole, is pretty good. For the uninitiated with the source material the twist has the capacity to surprise too.

Forces of Nature (Bronwen Hughes, 1999) - Bullock and Affleck have their moments of fine chemistry, but this film looks like shit.