In cinemas this week: Fading Gigolo, 52 Tuesdays, Young and Beautiful and Beyond the Edge. 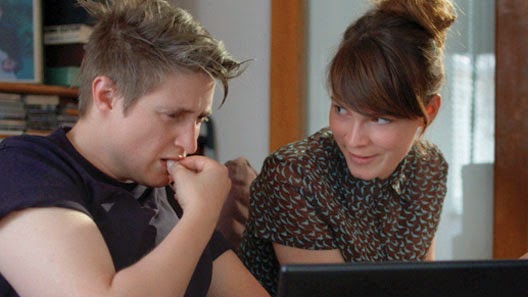 Fading Gigolo - Fioravante (John Turturro) decides to become a professional Don Juan as a way of making money to help his cash-strapped friend, Murray (Woody Allen). With Murray acting as his "manager", the duo quickly finds themselves caught up in the crosscurrents of love and money.

52 Tuesdays - Sixteen year old Billie has always enjoyed a healthy relationship with her mother. Upon learning that the woman who raised her now plans to become a man, Billie does her best to be understanding as she is sent to live with her father for a full year. During that time, Billie and her mother agree to meet once a week. Meanwhile, Billie secretly begins to explore her own budding sexuality with a pair of older classmates.


Beyond the Edge - Sir Edmund Hillary's incredible achievement - becoming the first man to stand atop of Mt Everest - remains one of the greatest adventure stories of all time; the epic journey of a man from modest beginnings who overcame adversity to reach the highest point on Earth. Both a classic triumph of the underdog story and a gripping, cinematic experience, Beyond the Edge is a tale of human endurance, tenacity and courage in the face of overwhelming odds. With the support of the Hillary family, Sir Edmund's story will be brought to life on the big screen, 'relived' using both original colour footage and photographs and dramatised recreations of the assault in stunning 3D.

Weekly Recommendation: The best film in cinemas, Only Lovers Left Alive, still hasn't been seen by enough people. If you haven't experienced the new Jarmusch I give it the highest endorsement. I can also recommend 52 Tuesdays, an impressive first feature from Sophie Hyde. Young and Beautiful premiered at Cannes last year, which immediately makes it worth considering. I intend to check it out this week. I imagine Beyond the Edge will also be stunning.
Posted by Andy Buckle at 10:00 PM