Throughout the frivolity that encapsulated the entire duration of The Grand Budapest Hotel a little smile (or maybe it was a mischievous grin) never left my face. I love new introductions to the worlds of Wes Anderson (responsible for The Royal Tenenbaums, Fantastic Mr Fox and Moonrise Kingdom) and being repeatedly surprised by his ability to find humour in the most sad and mundane events, his stunning shot compositions and his ability to attract such wonderful casts, all of whom seem to be having a great deal of fun. It is impossible not to admire the amount of work that has gone into the conception and execution of these ideas. Anderson is a true auteur, a man who seems to possess unlimited originality and imagination, and with a newfound sense of unbridled inspiration. He has faced his animated critics head on and refused to alter his widely considered worn out style, but has tightened his scripts, chiseled his style down to the strongest features and spruced them up. 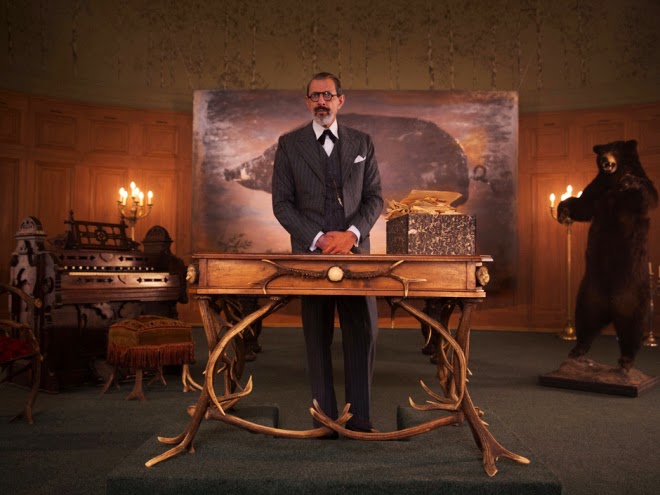 Anderson has crafted a gem that is characteristically hilarious and playful, yet surprisingly bold in its construction (the film shifts between 1.33, 1.85 and 2.35:1 ratios), and tackles a horrific period of history with seriousness and respect. The Grand Budapest has some genuinely grisly bits, and an all-new darker edge, but offers plenty of charming, emotional developments. It is a venture into fun-house cinema you may cherish for a long time after.

This layered narrative comprises, on the simplest level, of a friendship between the legendary concierge of the Grand Budapest Hotel, M. Gustav (Ralph Fiennes), and his loyal lobby boy and protégé, Zero (Tony Revolori), and the wild adventure they share with many others. The story, set in the fictional republic of Zubrowka, a European alpine state, predominantly during the year 1932, revolves around the theft and recovery of a priceless Renaissance painting and the battle for the enormous family fortune of one of the mysterious hotel guests, whose sudden death is treated with suspicion. We also visit the hotel during the late 1960’s, where an unnamed author (Jude Law) meets an older Zero (F. Murray Abraham), who recounts the experiences we witness. The true character of the film is the hotel, a relic that has survived being surrounded by war and barbarity to continue thriving as a result of the passion of those operating within its walls.


Continue reading at Graffiti With Punctuation.
Posted by Andy Buckle at 11:53 AM