In cinemas this week: just two - Dawn of the Planet of the Apes and The Lunchbox. 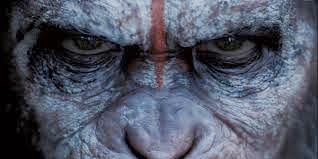 Dawn of the Planet of the Apes - A growing nation of genetically evolved apes led by Caesar is threatened by a band of human survivors of the devastating virus unleashed a decade earlier. They reach a fragile peace, but it proves short-lived, as both sides are brought to the brink of a war that will determine who will emerge as Earth's dominant species. Review by Blake Howard, Graffiti With Punctuation.

The Lunchbox - Middle class housewife Ila is trying once again to add some spice to her marriage, this time through her cooking. She desperately hopes that this new recipe will finally arouse some kind of reaction from her neglectful husband. She prepares a special lunchbox to be delivered to him at work, but, unbeknownst to her, it is mistakenly delivered to another office worker, Saajan, a lonely man on the verge of retirement. Curious about the lack of reaction from her husband, Ila puts a little note in the following day's lunchbox, in the hopes of getting to the bottom of the mystery. This begins a series of lunchbox notes between Saajan and Ila, and the mere comfort of communicating with a stranger anonymously soon evolves into an unexpected friendship. Gradually, their notes become little confessions about their loneliness, memories, regrets, fears, and even small joys. They each discover a new sense of self and find an anchor to hold on to in the big city of Mumbai that so often crushes hopes and dreams. Still strangers physically, Ila and Saajan become lost in a virtual relationship that could jeopardize both their realities.


Weekly Recommendation: I really enjoyed The Lunchbox, a pleasant Indian romantic drama that celebrates the role that chance plays in our lives, but you should make every effort to see Dawn. It is an intense, shocking and affecting sci-fi/war hybrid with astounding effects. It improves upon the already excellent Rise in pretty much every capacity.
Posted by Andy Buckle at 1:16 PM