Directed by Matt Reeves (Cloverfield and Let Me In), Dawn of the Planet of the Apes takes 20th Century Fox’s reboot of the original series to an intelligent and ambitious new level. Rupert Wyatt’s unexpectedly excellent 2011 Rise of the Planet of the Apes introduced audiences to the miraculous Caesar (an extraordinarily emotional motion-capture performance from Andy Serkis), delved into themes of nurture versus nature and became a largely-silent prison uprising and coordinated revolution full of exciting action set pieces and one of the most shocking revelations in the last few years of cinema. 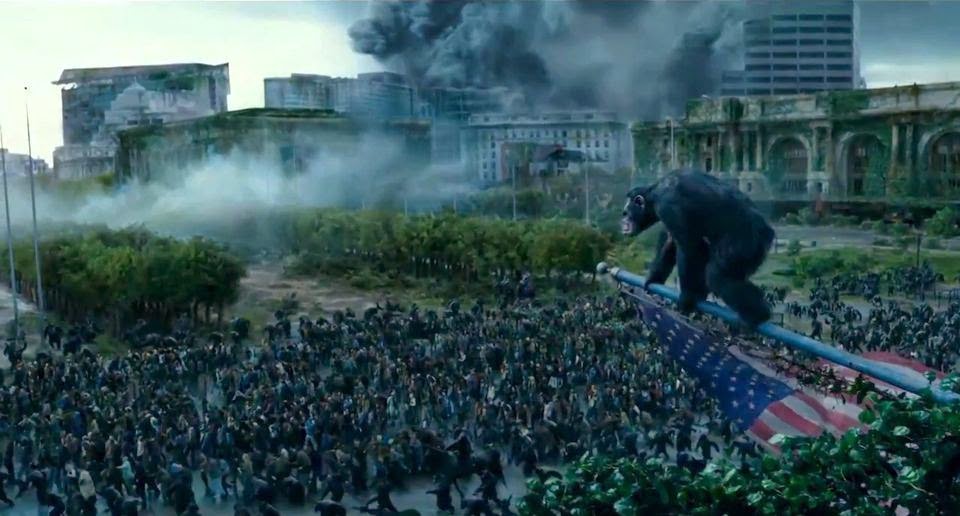 The much darker Dawn feels completely different, the now post-apocalyptic San Francisco setting playing a role in this. It is an intimate, complex character-driven sci-fi/war hybrid that offers a relentless barrage of intense, unpredictable and deeply affecting moments of moral conflict, and an astounding fusion of visual effects and choreographed battle sequences. Incredibly, the epic Dawn improves upon Rise in almost every capacity, offering thought-provoking commentary on humanity and the differences that may bring opponents to war – despite the mutual desire for peace – amidst unfathomably consistent tension and aesthetic spectacle.


Continue reading at Graffiti With Punctuation.
Posted by Andy Buckle at 9:42 PM