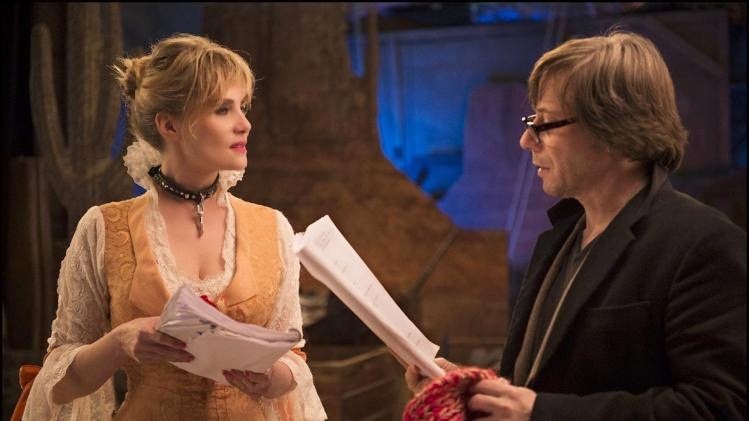 Within the film, Thomas (Mathieu Amalric), a writer-director of a new adaptation of the novel, finds himself involved in an elaborate audition with an intoxicatingly sexy, aggressively energetic and unrelentingly persistent actress (Emmanuelle Seigner) who shares a name, Vanda, with his lead female character. After surviving the storm outside and arriving wet and disheveled well after Thomas has seen his last audition, she convinces Thomas to give her a chance and read with her. To his surprise she not only shows great understanding of the script and the intricacies of the character but has also brought along her own costumes and props.


Continue reading at Graffiti With Punctuation.
Posted by Andy Buckle at 9:00 PM