In cinemas this week: Sex Tape, Charlie's Country, Venus in Fur, All This Mayhem, Words and Pictures. 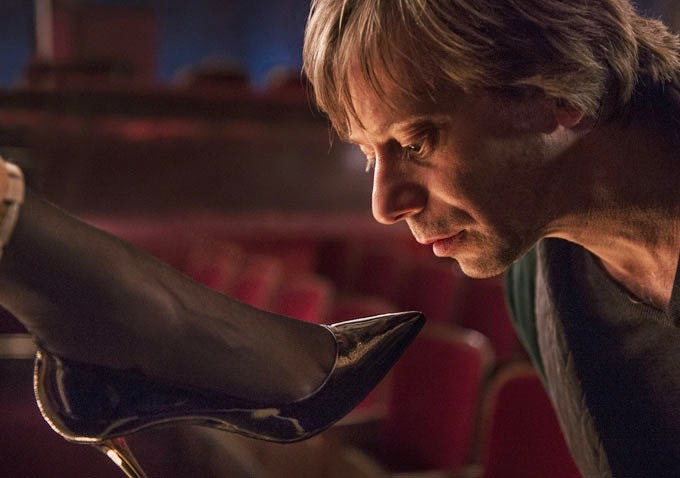 Sex Tape - Jay (Jason Segel) and Annie (Cameron Diaz) are a married couple still very much in love, but ten years and two kids have cooled the passion. To get it back, they decide - why not? - to make a video of themselves trying out every position in THE JOY OF SEX in one marathon three-hour session. It seems like a great idea, until they discover that their most private video has gone public. In a panic, they begin a wild night of adventure - tracking down leads, roping in friends, duping Annie's boss - all to reclaim their video, their reputation, their sanity, and, most importantly, their marriage.

Charlie's Country - Written by Rolf de Heer and David Gulpilil as a collaborative project, CHARLIE’S COUNTRY stars Gulpilil as blackfella Charlie, who is getting older, and is out of sorts. The government’s intervention is making life more difficult on his remote community, what with the proper policing of whitefella laws that don't generally make much sense, and Charlie's kin seeming more interested in going along with things than doing anything about it. So Charlie takes off, to live the old way, but in doing so sets off a chain of events in his life that has him return to his community chastened, and somewhat the wiser.

Venus in Fur - Based on the Tony Award-winning Broadway play by David Ives, which itself was based on Leopold von Sacher-Masoch's groundbreaking novella, VENUS IN FUR is the latest film from master filmmaker Roman Polanski. Alone in a Paris theater after a long day of auditioning actresses for his new play, writer-director Thomas (Amalric) complains that no actress he's seen has what it takes to play the lead female character: a woman who enters into an agreement with her male counterpart to dominate him as her slave. Thomas is about to leave the theater when actress Vanda (Seigner) bursts in, a whirlwind of erratic - and, it turns out, erotic - energy. At first she seems to embody everything Thomas has been lamenting. She is pushy, foul-mouthed, desperate and ill-prepared - or so it seems. When Thomas finally, reluctantly, agrees to let her try out for the part, he is stunned and captivated by her transformation. Not only is Vanda a perfect fit but she apparently has researched the role exhaustively, learned her lines by heart and even bought her own props. The likeness proves to be much more than skin-deep. An analytical and interpretative performance adaptation of a playwright's adaptation of a 19th century erotic novel with contemporary commentary on relationships and gender politics. There really is a lot going on, but it sure is sexy. Brilliantly performed by Seigner and Amalric, this all takes place in a lone empty theatre on a stormy night. Polanski still has it. ★★★★

All This Mayhem (actually released last week, very limited screens) - Tells the story of brothers Tas and Ben Pappas, two boys from Melbourne who took the skateboarding world by storm, defeating Tony Hawk and crowned International World Champions within a year. Skateboarding came naturally to the Pappas brothers, but success was a different story. In this unflinching, never-before-seen account we witness the dark consequences of Tas and Ben’s rapid success, their intense fraternal bond and their journey from the pinnacle of their sport into a downward spiral of self-destruction. From the makers of award-winning documentaries Exit Through the Gift Shop and Senna and featuring fascinating interviews, first person accounts and archival footage, All This Mayhem is a searing account of what happens when raw talent and extreme personalities collide and tells of a tragedy too incredible to believe. Review by Tom Clift, Concrete Playground.

Words and Pictures - Stars the engaging duo of Juliette Binoche and Clive Owen working together on-screen for the first time. Prep school English teacher Jack Marcus (Owen) laments his students' obsession with social media and good grades rather than engaging with the power of the written word. A one-time literary star, Jack has not published in years filling his spare time with drink versus the art of language. He meets his match in Dina Delsanto (Binoche) - an abstract painter and new teacher on campus, who was once celebrated for her art. From the start, the two flirt and provoke each other with equal relish.


Weekly recommendation: I have heard terrific things about Senna-esque skateboarding documentary All This Mayhem and Roman Polaski's Venus in Fur is one of the sexiest films I have seen this year. I am also very much looking forward to seeing Rolf De Heer's Cannes winner, Charlie's Country, starring the great David Gulpilil.
Posted by Andy Buckle at 6:21 PM