In addition to finishing True Detective S1 and Brooklyn Nine-Nine S1, and reading Freedom by Jonathan Franzen and Gone Girl by Gillian Flynn, I watched 35 Films.

Most of the viewing took place at home, but I have been slowly catching up on new releases in the cinema. Having seen Noah and The Grand Budapest Hotel over the weekend my enthusiasm for reviewing has been renewed, after a lengthy slump. 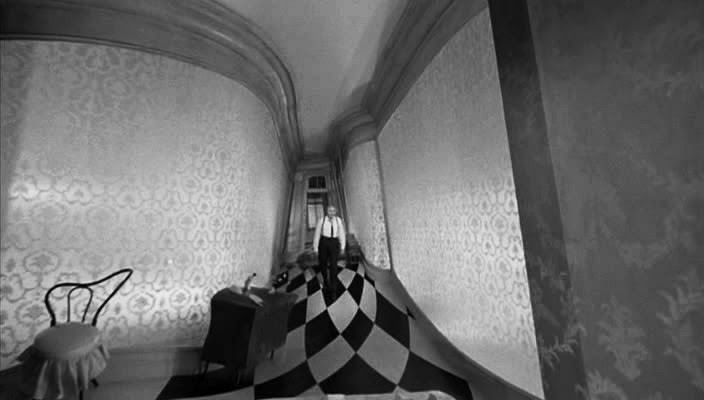 Seconds (John Frankenheimer, 1966) - Amidst post-war dissatisfaction and failed American Dreams a secret company offers a 'do-over' with what we learn to be sinister intentions. Enter Rock Hudson's Tony Wilson, a 'Second' to John Randolph's purposeless banker, Arthur Hamilton. He's younger and better looking and he works as an artist from his beach house in Malibu. With this second chance will Hamilton have the chance to live the life he has long desired? One of my favourite films of the year to date; an eerie and relevant sci-fi which morbidly taps into failure as inevitably human. Hudson is great and the photography is genius. 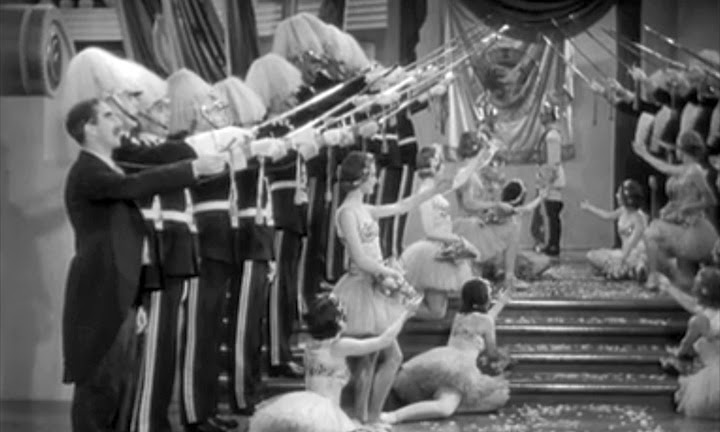 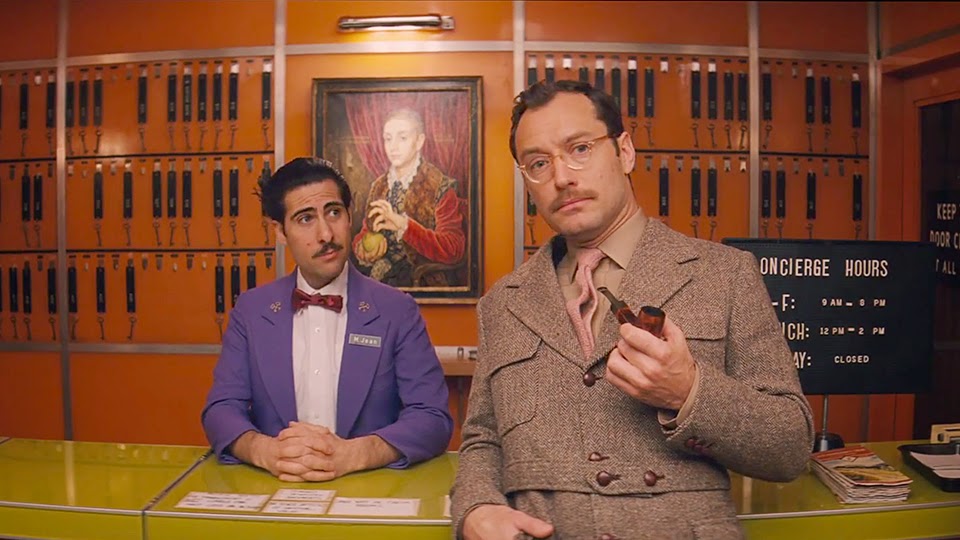 The Grand Budapest Hotel (Wes Anderson, 2014) - Hilarious (and yet it's quite dark), Anderson's madcap delight is formally astounding (on a peaked scale). Cast (Fiennes and Goldblum were my favourites, but it runs deep), music etc. all brilliant. Like Anderson's other films, a treasure to admire again and again. 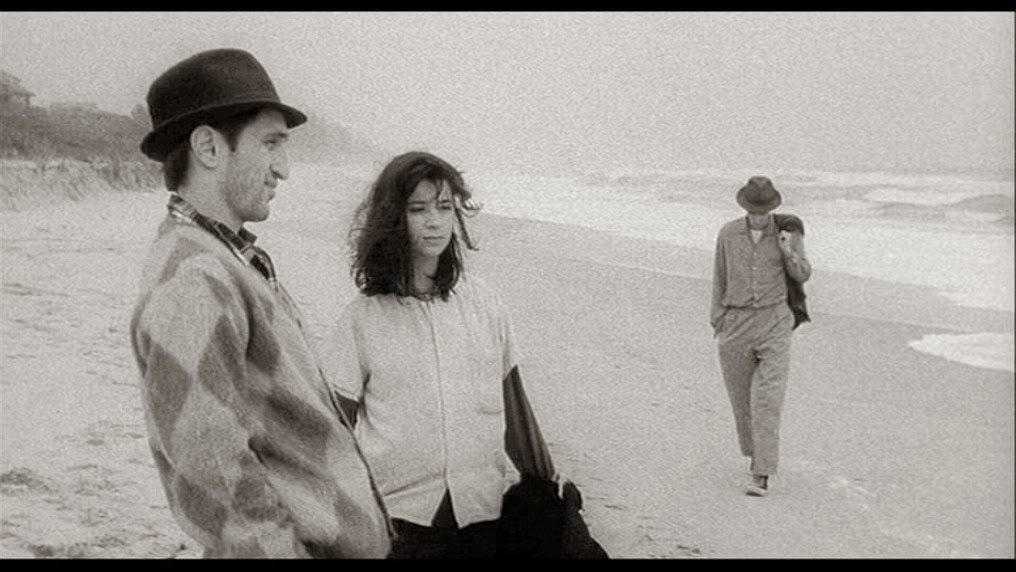 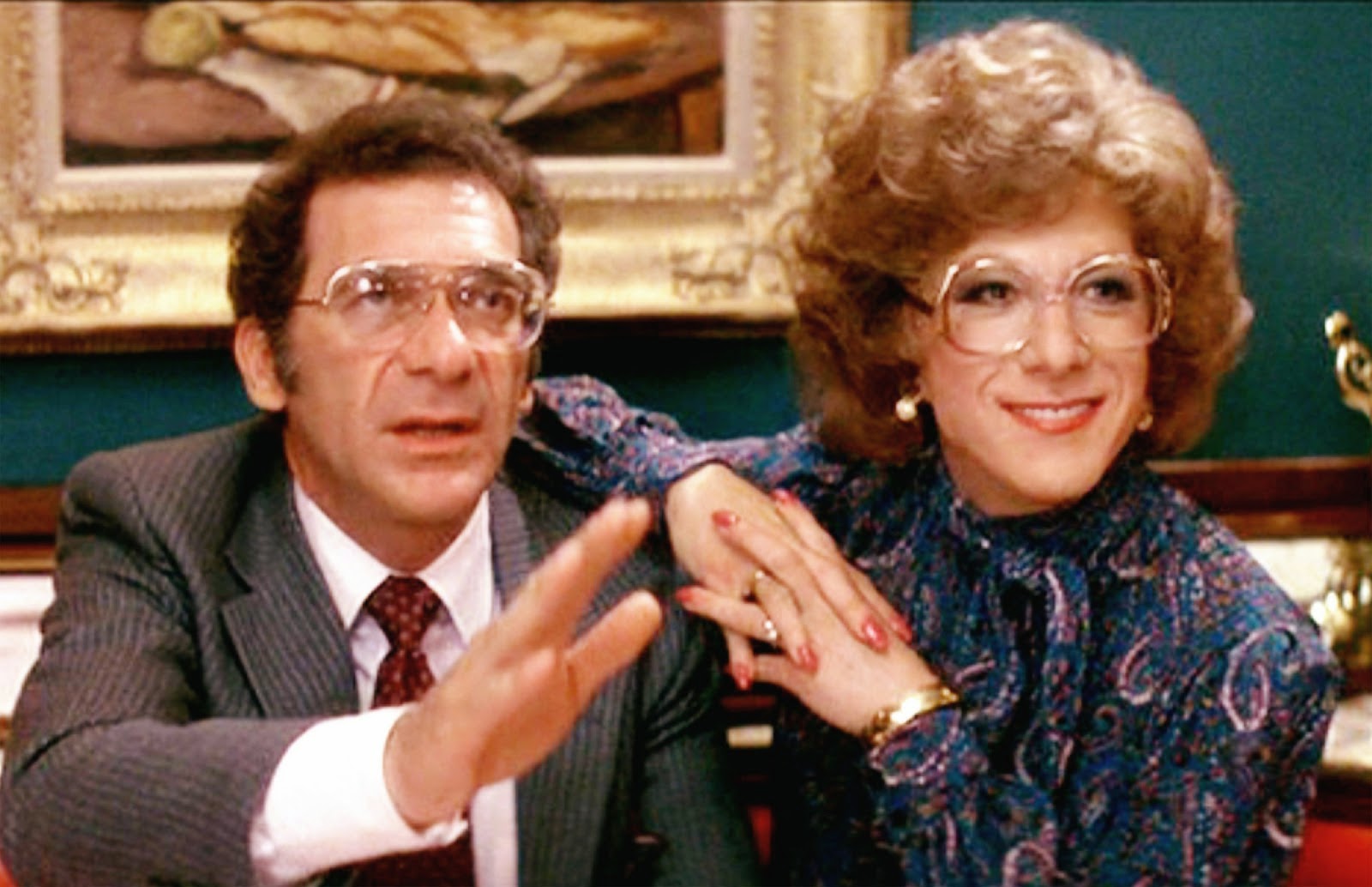 Tootsie (Sydney Pollack, 1982) - Hoffman is the star, whether appearing as Michael or Dorothy, but the supporting cast are all stellar too. I especially enjoyed the scenes shared by Pollack and Hoffman. And who couldn't love Jessica Lange. Hilarious and touching with sharp observations about sexism in the entertainment business, and a satirical insider into the daytime soap. Ultimately about a man improving himself, having been forced to rescue his career by playing a woman. 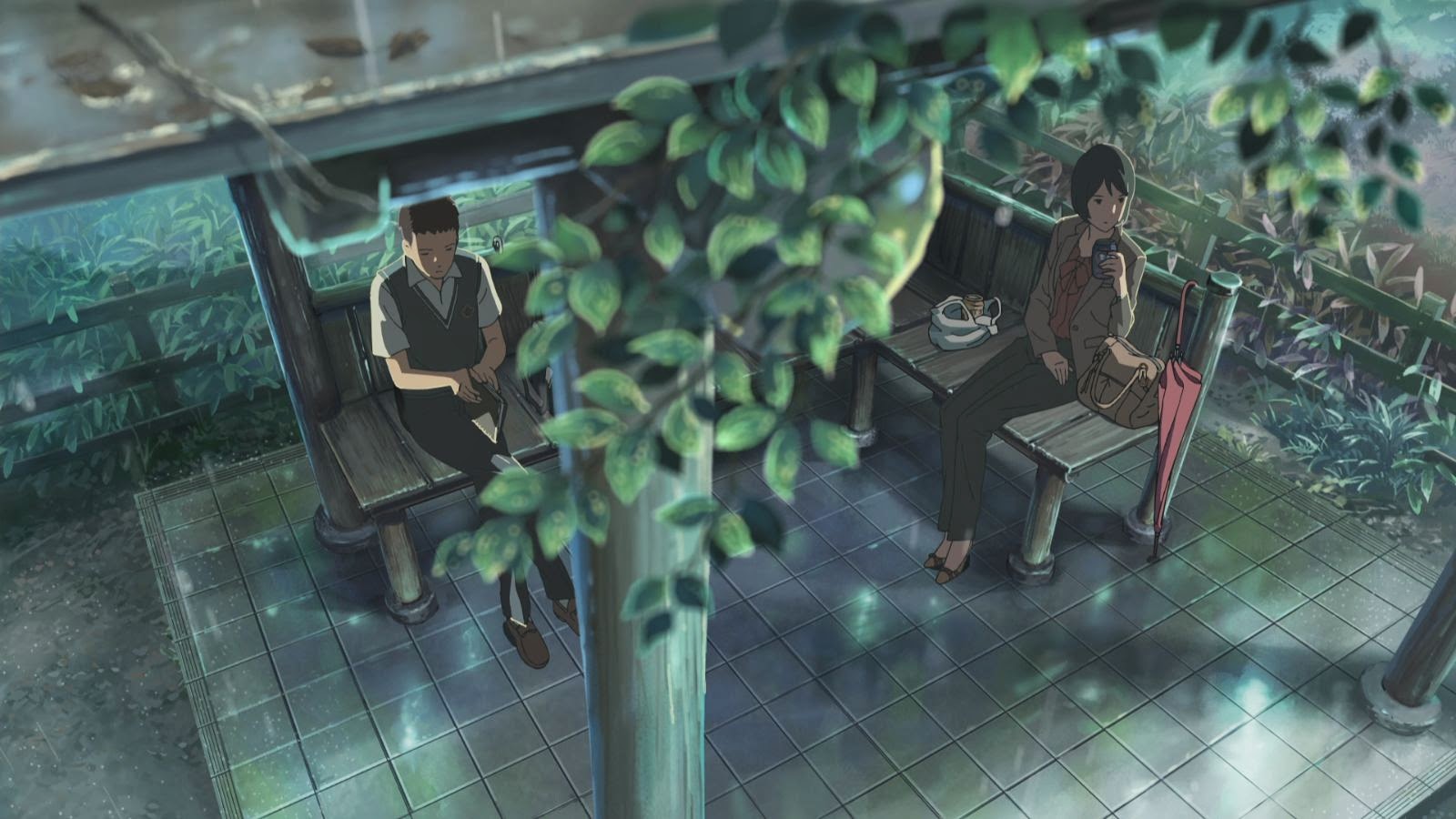 The Garden of Words (Makoto Shinkai, 2013) - Quite stunning. Conceptually and visually.


The Limits of Control (Jim Jarmusch, 2009) - The photography in this film is incredible. Jarmusch's minimalist-plot, formally disciplined Euro-thriller possesses many unpredictable and hypnotic peculiarities. It has been trashed my many and I feel like it should have worn my out patience...but it didn't. Like his unnamed protagonist Jarmusch knows exactly what he is doing, and maintains a strict adherence to the mission at hand.

Noah (Darren Aronofsky, 2014) - Aronofsky's weakest film, but still more than worthwhile viewing. This mammothly ambitious, visually splendid biblical epic has periods of brilliance, a super-intense siege/flood, a stunning creation story sequence, a terrific performance from Rusty and another brilliant Mansell score. Thin subplots, some ridiculous developments, dodgy dialogue and very weak acting (DA clearly didn't have the time to work as closely with his cast - usually his actors are great), but it breaks down any religious prerequisites and is an admirably unique interpretation of the flaws of humanity, even amongst the good and pure elected to survive the 'The Creator's' cleansing.

The Missing Picture (Rithy Panh, 2013) - Very tough viewing but utilizing an impressively layered and unique cinematic language (a fusion of archival footage, hand-crafted clay figures and sets, and poetic narration) director Rithy Panh recounts a devastating period of overlooked and undocumented Cambodian history. An extraordinary amount of work has gone into the construction of this very important film. The sound design is one of many stand-out elements, but it is let down by some late wearying repetition and a somewhat jarring structure. I haven't seen anything quite like this film, though I was working hard to keep up with the history lesson. Super limited release (I think it is screening in Sydney only at Dendy Newtown) but worth the journey if you're interested in challenging cinema and learning about one man's personal recreation of the atrocities that stemmed from Pol Pot's reign and the actions of the Khmer Rouge.

Pat Garrett and Billy the Kid (Sam Peckinpah, 1973) - Grandiose and long-controversial tale of former gunslingers - Pete Garrett (James Coburn) and Billy the Kid (Kris Kristofferson) - who are now operating on opposite sides of the law. Several bloody shootouts between the pair, a complicated relationship and a cloudy hero/villain dynamic follows. Peckinpah's dusty, violent Western terrifically uses Bob Dylan's "Knockin on Heaven's Door" (Dylan appears in the film, too) and ends with an admirable acknowledgement of the unlawful use of law. Note: I watched the 2005 Special Edition release of this film. Butchered, and as a result, poorly received on release, Peckinpah's 1988 Director's Cut Preview was quite a bit longer than the original theatrical version, but removed a lot of Dylan's soundtrack. This version includes the Dylan, and is a tad shorter than Peckinpah's re-release.

The Invisible Woman (Ralph Fiennes, 2014) - Expresses fondness for Charles Dickens' work amidst a tragic late chapter of his life. Fiennes, again, very good. A wearying pace, but direction, costumes, period-ness, and structural experiments all very impressive. Fiennes' Dickens is likable and has charm, his attraction to the younger Jones believable and non-condemnable.


Non-Stop (Jaume Collet-Serra, 2014) - A thoroughly entertaining and gripping mystery thriller, a multi-suspect whodunit atmosphere with a deep cast and some decent twists. It gets a bit silly in the end, but for the most part it kicks ass. I dare say better than all those other recent Liam Neeson-driven action films (save for The Grey, which is fantastic).

The Hitchhiker's Guide to the Galaxy (Garth Jennings, 2005) - Frantic and very random, but injected with lots of laughs and a top cast. I understand it is far inferior to the brilliant source novels, but I could revisit this again.

Belle (Amma Asante, 2014) - An elegant and moving period drama about a young mixed race woman who challenges the rigid social and legal foundations as she searches for love. While it all wrapped up fairly predictably I grew to care for Gugu Mabatha-Raw's character, and hoped that all she fought for was realized. A pleasant surprise.

Bug (William Friedkin, 2006) -  Shannon and Judd in particular, but all-round exemplary acting in Friedkin's raw, intense, horrific, full-bodied paranoia-horror. An evil parasite of a film that's tough to shake off.

Adventureland (Greg Mottola, 2009) - When his post-college aspirations take a hit, James' world gets smaller. We've all faced these complicated emotional hurdles and existential anxieties. Eisenberg and Stewart had a genuine chemistry and I felt like I had actually met these characters. On reflection its decent, but forgettable. Good soundtrack, but the film leans on it a lot.

Cuban Fury (James Griffith, 2013) - Decent enough underdog story about a sad-sack engineer (Nick Frost) whose long-lost passion for salsa dancing is re-ignited with the arrival of a gorgeous new boss, who shares a similar love. The ever-likable Frost is an endearing lead with Rashida Jones, Olivia Colman, Kayvan Novak and Ian McShane providing ace supporting work. Chris O'Dowd's vile, cringe-worthy office asshole/romantic rival is unexpectedly my primary criticism here. The final dance sequences (not to mention the Frost/O'Dowd dance-off) are especially impressive, and despite the cliche training-montages and some clumsy plot conveniences, it offers more than enough laughs.

And you know what, I was inspired. Also, keep an eye out for one hilarious cameo. A nice touch.

Tracks (John Curran, 2014) -  Elusive motivations and a frustratingly stubborn protagonist don't aid the viewer. Montage-y and dramatically sparse but visually striking. Mia, as always, is solid as Robyn Davidson but I would have liked more time with Robyn overcoming the desert. It seemed 'too easy'. Walkabout influences apparent, which is not a bad thing.

Jetlag (Daniele Thompson, 2002) - There are enough genuinely pleasing scenes in this generic romcom to hold interest, and Binoche gives any film a lift by simply being there.

Lone Survivor (Peter Berg, 2013) - Ugh. Patriotic pro-military rubbish save for the only commendable stretch - the mission/combat centerpiece. The evidently 'heroically' dramatized events - each U.S soldier dies in the most heroic fashion possible, while the Taliban army are commonly taken down with a single shot - results in the complete loss of the thin plausibility to begin with. The morality of the mission hinges on a warfare clause forced into the film's diabolical first act, which attempts to make these men 'human' by throwaway references to wives and wedding plans. After Wahlberg's character is rescued by an Afghan villager (with his symbol of goodwill - a young son - always in tow) what ensues is incredibly idiotic. The 'villains' have already been painted as barbaric head-loppers, but when they shoot up an entire village for the purposes of taking out the single U.S soldier protected within, I all-but gave up on this vile film. Shoddy dialogue and acting throughout, but to cause conflict, a really strong middle stretch.

Endless Night (Sidney Gilliat, 1972) - Faithful, if wacky, adaptation of Agatha Christie's sinister (and great) late work. A decent cast (save for Ekland), and a shocking final twist, but there's little tension and some baffling direction.

Re-watched (In Order of Preference)