In cinemas this week: Noah, Mr Peabody and Sherman, Romeo and Juliet, Nymphomaniac (Parts I and II), Half of a Yellow Sun and on Friday 28th The Raid 2: Berandal 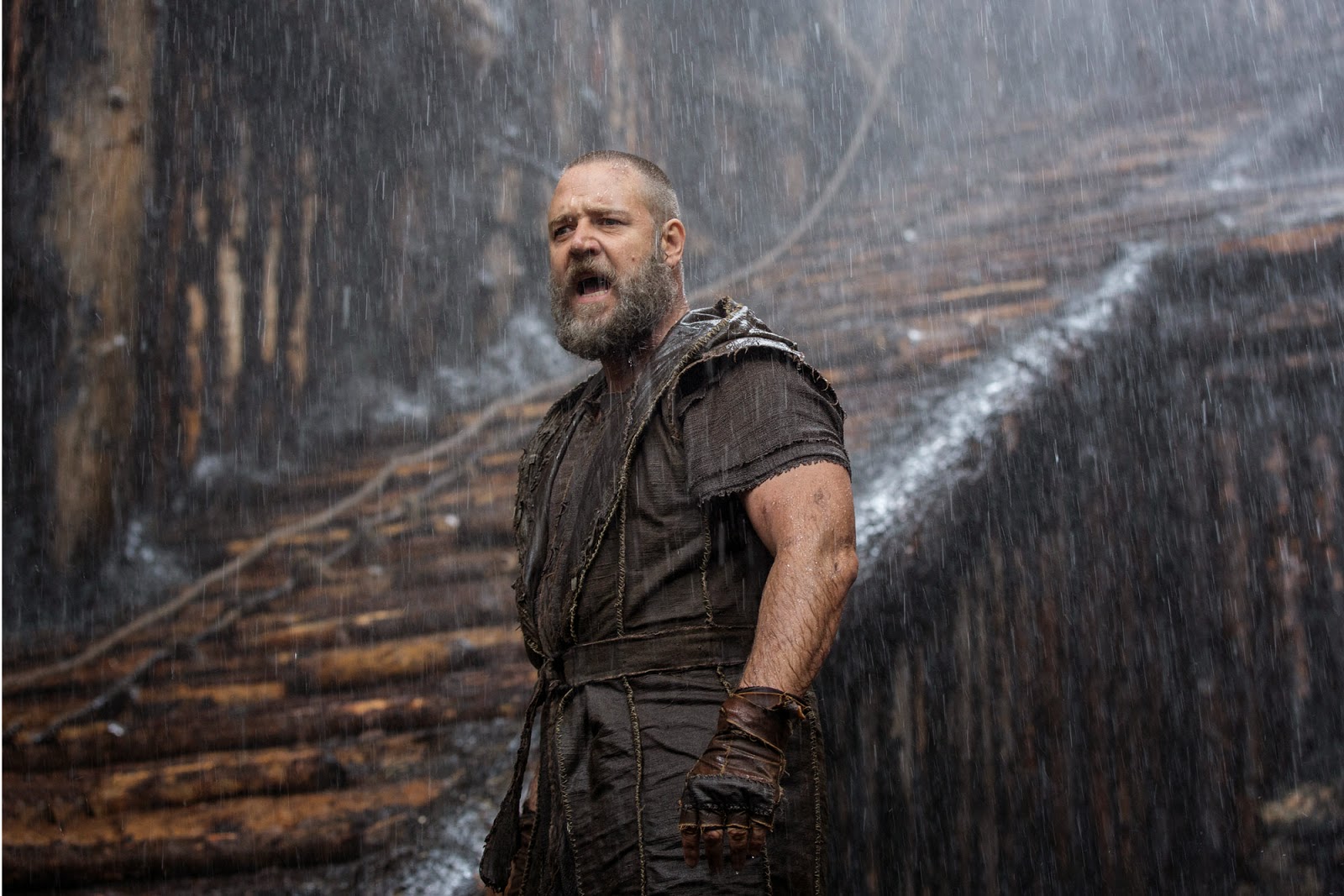 Noah: Russell Crowe stars as Noah in the film inspired by the epic story of courage, sacrifice and hope. Directed by visionary filmmaker Darren Aronofsky (The Wrestler, Black Swan). Some reports have expressed that there is a fine film here not represented by a pretty average trailer. Something much deeper and more ambitious. I expect nothing less from DA and I am optimistic that it will prove to be a success.

The Raid 2: He thought it was over. After fighting his way out of a building filled with gangsters and madmen - a fight that left the bodies of police and gangsters alike piled in the halls - rookie Jakarta cop Rama thought it was done and he could resume a normal life. He couldn't have been more wrong. Formidable though they may have been, Rama's opponents in that fateful building were nothing more than small fish swimming in a pond much larger than he ever dreamed possible. And his triumph over the small fry has attracted the attention of the predators farther up the food chain. His family at risk, Rama has only one choice to protect his infant son and wife: He must go undercover to enter the criminal underworld himself and climb through the hierarchy of competing forces until it leads him to the corrupt politicians and police pulling the strings at the top of the heap. And so Rama begins a new odyssey of violence, a journey that will force him to set aside his own life and history and take on a new identity as the violent offender "Yuda." In prison he must gain the confidence of Uco - the son of a prominent gang kingpin - to join the gang himself, laying his own life on the line in a desperate all-or-nothing gambit to bring the whole rotten enterprise to an end. The Raid is one of the most intense action films I have ever seen. I am eagerly awaiting Evans' sequel.

Mr Peabody and Sherman: Mr. Peabody, the most accomplished dog in the world, and his mischievous boy Sherman, use their time machine - the WABAC - to go on the most outrageous adventures known to man or dog. But when Sherman takes the WABAC out for a joyride to impress his friend Penny, they accidentally rip a hole in the universe, wreaking havoc on the most important events in world history. Before they forever alter the past, present and future, Mr. Peabody must come to their rescue, ultimately facing the most daunting challenge of any era: figuring out how to be a parent. Together, the time traveling trio will make their mark on history. This enjoyable, fast-paced time-travel adventure amusingly utilizes significant periods and figures of history. Blends kid (toilet jokes) and adult humor (dad-joke puns) reasonably well (so parents won't get bored, I assure you). Ty Burrell does a terrific job voicing Mr. Peabody. ★★★

Romeo and Juliet: William Shakespeare's epic and searing tale of love, is revitalized on screen by writer Julian Fellowes (Downton Abbey) and director Carlos Carlei (The Flight of the Innocent). An ageless story from the world's most renowned author is re-imagined for the 21st Century. This adaptation is told in the lush traditional setting it was written, but gives a new generation the chance to fall in love with the enduring legend. Stars Hailee Steinfeld and Douglas Booth in the lead roles.

Nymphomaniac (Parts I and II): The story of Joe (Charlotte Gainsbourg), a self-diagnosed nymphomaniac who is discovered badly beaten in an alley by an older bachelor, Seligman (Stellan Skarsgård), who takes her into his home. As he tends to her wounds, she recounts the erotic story of her adolescence and young-adulthood (portrayed in flashback by newcomer Stacy Martin). This release of the film includes both Parts I and II and clocks in at 4 hours. As with Lars Von Trier you never know what you are in for, but this is the first film from the controversial filmmaker (who also made Dancer in the Dark, Antichrist and Melancholia) that I have actively disliked. ★1/2


Half of A Yellow Sun: During the mid-to-late sixties, twin sisters Olanna (Thandie Newton) and Kainene (Anika Noni Rose) return to Nigeria after their education in England, they make decisions that shock their family. Olanna moves in with her lover, the ‘revolutionary professor’ Odenigbo (Chiwetel Ejiofor) and his houseboy Ugwu (John Boyega) while Kainene takes over the family interests and pursues a career as a businesswoman, falling in love with Richard (Joseph Mawle), an English writer. As the Igbo people struggle to establish Biafra as an independent republic, the sisters become caught up in the shocking violence of the Nigerian Civil War and a betrayal that threatens their family forever.

Weekly Recommendation: Nymphomaniac is the single most unpleasant experience of the year to date, so I can offer no recommendation there. I am, however, in a lopsided minority. Even non-fans of LVT have expressed admiration and enjoyment (how?). Mr Peabody and Sherman is a better-than-average family option, while Noah and The Raid 2 are two I am personally looking forward to seeing this week. I'm not going to lose sleep over missing Romeo and Juliet.
Posted by Andy Buckle at 6:15 PM