In February I watched 27 films. I didn't visit the cinema as much as usual, but I did catch some undisputed classics (Lawrence of Arabia, His Girl Friday and Dog Day Afternoon) at home. I wrote only a few reviews (linked below), but kept up with the pretty crazy award season. Here are my Oscar Predictions (Part 1/Part 2) and my contribution to Andrew Kendall's 2013 Motifs in Cinema.

As for television, I continued through the brilliant True Detective (just two episodes left in S1) and watched the entirety of House of Cards S2, which started with a bang and eventually fell apart under the weight of its surprisingly soapy cheesiness, and a lack of enticing subplots.

Lawrence of Arabia (David Lean, 1962) - A timeless classic. My first viewing was a restored and 4K remastered 50th Anniversary blu-ray copy on my TV, but it was spectacular, nonetheless. Phenomenal film-making...on every level. 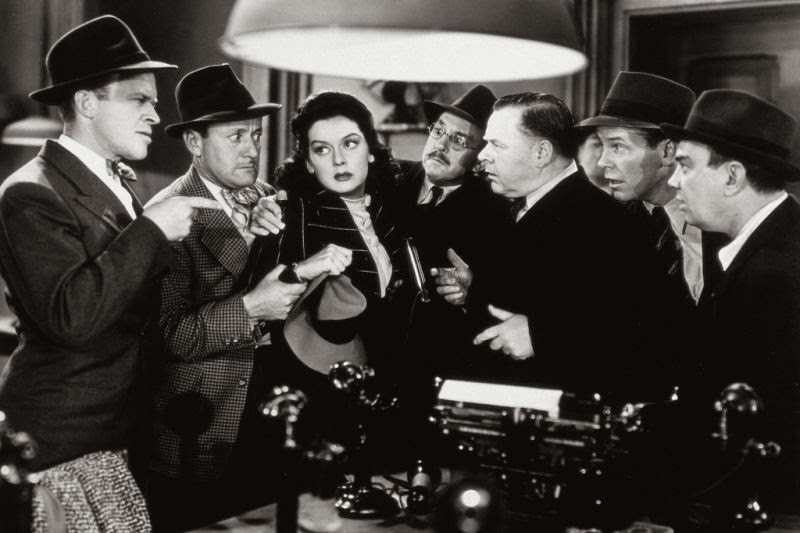 His Girl Friday (Howard Hawks, 1940) - Gee, this script sure does rocket along. Very very funny. I have never seen Rosalind Russell in anything before, but she's terrific. 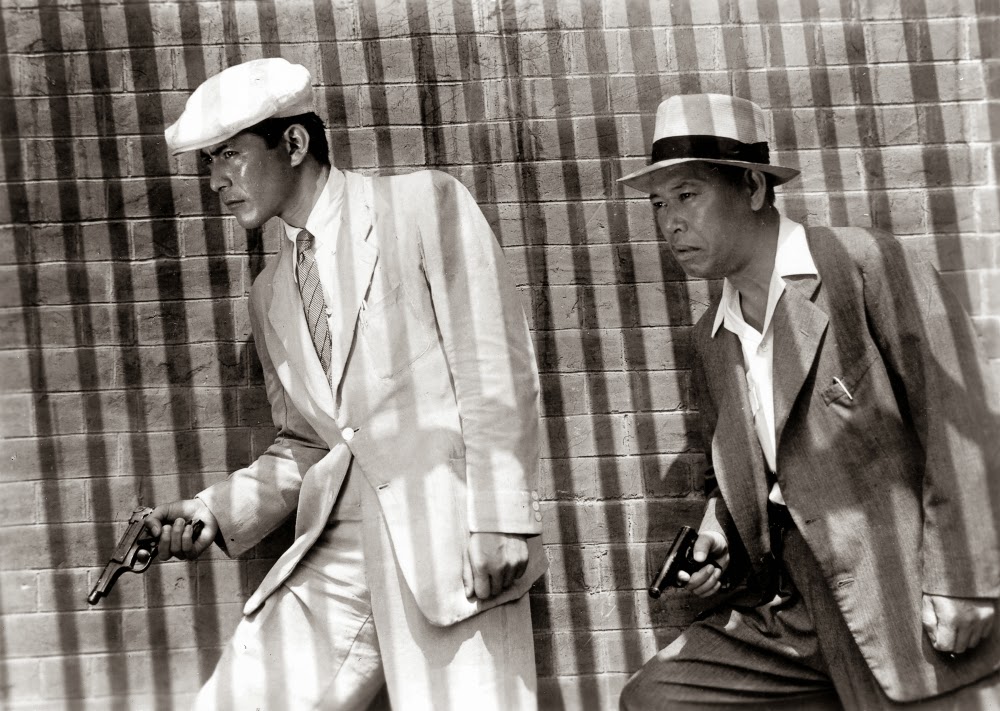 Stray Dog (Akira Kurosawa, 1949) - I loved this film. A very-likely major influence on the noir procedural and the rookie/vet buddy cop thriller. Right up there with Kurosawa's best - Seven Samurai, Rashomon and Ran. While its phenomenal technical aspects warrant lengthy discussion, I was fascinated by the thematic layers and post-war setting, the analysis of the different paths taken by veterans - an emasculated and still-green homicide detective (Mifune, outstanding) tracks down an embittered and disillusioned thief/murderer through the unforgiving Tokyo underworld. 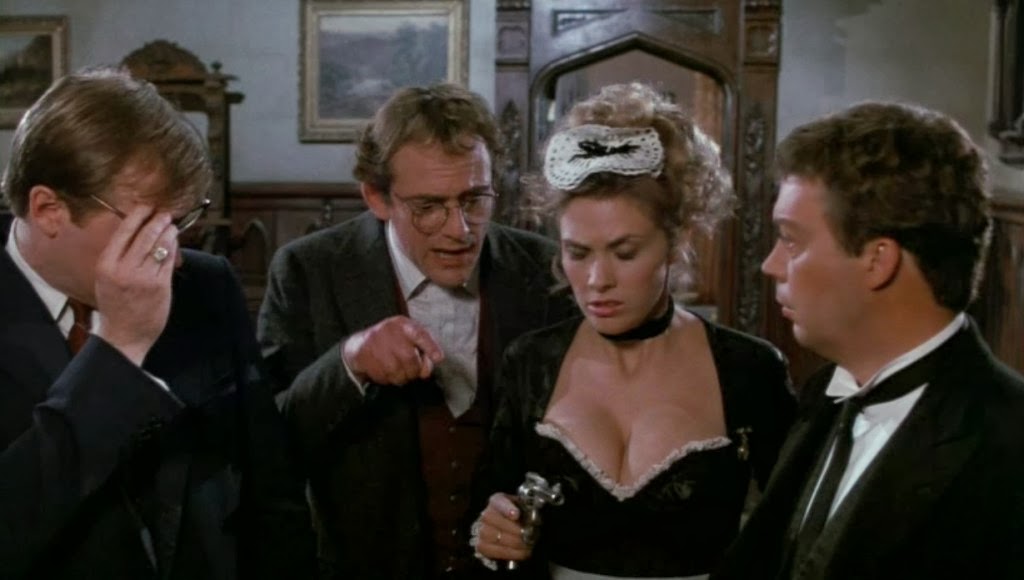 Clue (Jonathan Lynn, 1985) - So what's the consensus on Clue? It wasn't very well received initially, but I get the sense that could have had something to do with whichever ending was screened. Three different endings were distributed to cinemas, and the cinemas did not know which one they had. On home video, all of the endings play back-to-back, and a cult following has spawned. I found it to be a hilariously entertaining parody of the Agatha Christie-like cosy school mysteries. I love a good whodunit, and Lynn manages to match the immeasurable campness with intelligence and wit. 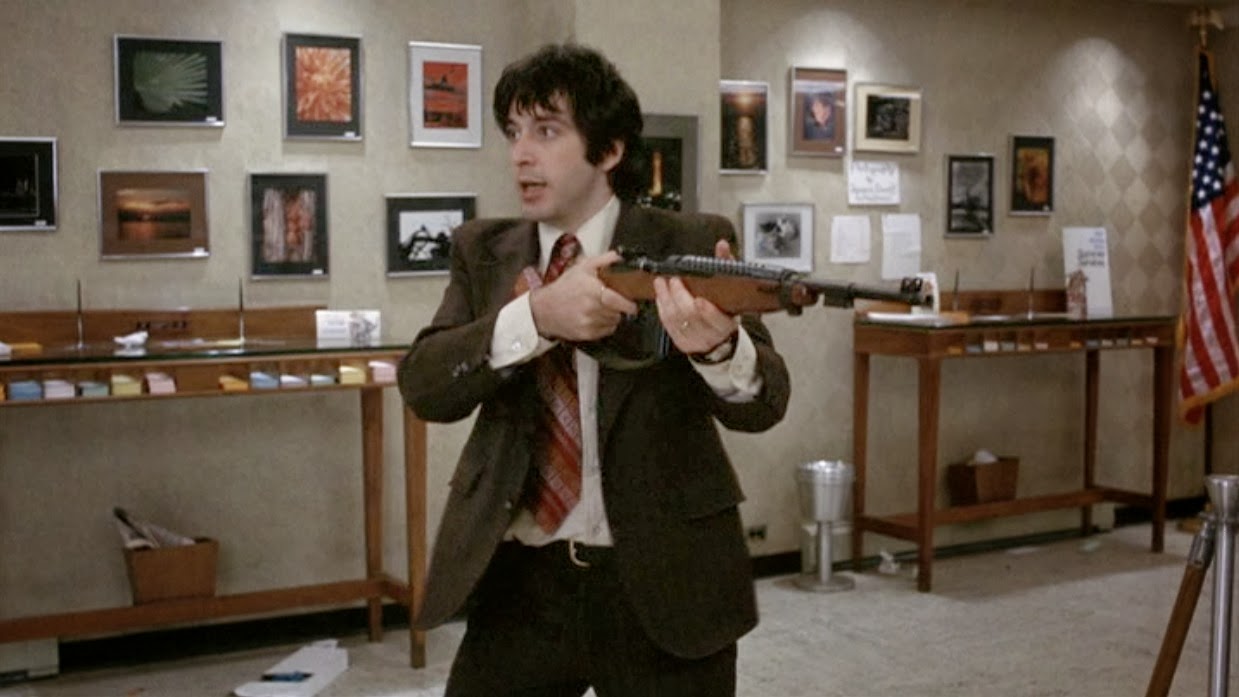 Jay Z: Made in America (Ron Howard, 2013) - Jay Z brought talent like Janelle Monae to Philadelphia for the 'Made in America' concert and they opened up to Ron Howard in this terrific music doco.

Bringing Up Baby (Howard Hawks, 1938) - High-energy '38 screwball offers a bombardment of hilarious gags without ever losing control. Hepburn gets tiring, but Grant is strong.

Bringing Out The Dead (Martin Scorsese, 1999) - A tonally warped, hyperactive trip through an urban wasteland as burned-out paramedic (Cage) deals with career demons.

Mandela: Long Walk To Freedom (Justin Chadwick, 2013) - Suffers from flat direction and episode-snapshot structure, but a compelling Elba and a rousing final act = a satisfying commemoration.

Murder by Death (Robert Moore, 1976) - It had some moments - mostly through Sellers and Falk - but it failed where CLUE so hilariously succeeded. Rough pacing too.

Camile Claudel (Bruno Dumont, 2013) - Binoche is great, but this intensely bleak study of a possibly-mad asylum-bound sculptress pleading for release is for a game crowd only.

Winter's Tale (Akiva Goldsman, 2014) - Could have been something, and showed glimpses of the charming romance it wanted to be. Mostly abominable.