In cinemas this week: Cuban Fury, Pompeii, I, Frankenstein, Ride Along, Wadjda, The Missing Picture and Jay Z: Made in America. 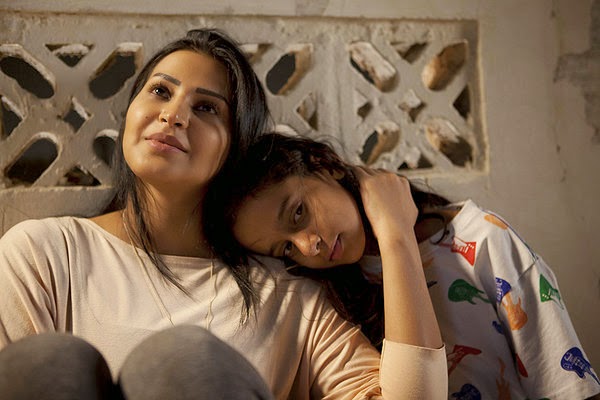 Wadjda - Wadjda (Waad Mohammed) is not your typical 10-year-old girl – she’s intuitive, full of energy and individualism – with the unusual desire of owning a bike. While her father continues to provide for Wadjda and her mother, he is set to take another wife in the hopes that she will bear him a son. He splits his time between both women, which is a cause for anxiety for Wadjda’s mother. At school, Wadjda is rebellious, blatantly disobeying the strict customs that virtuous females must abide by and she has several run-ins with her upstanding headmistress. On the streets she befriends a local boy and gets herself into many unladylike situations. She swindles her classmates for cash by selling bracelets and mix tapes, hoping to buy the bike herself, eventually deciding to try and win the cash prize offered by the school Quran recitation competition. Her attention to her studies, and the memorising of the religious verses begins to change people’s perspective of her. Written and directed by Haifaa Al-Mansour, graduate of the University of Sydney, Wadjda is the first film to be shot in its entirety on location in Saudi Arabia. It is also the first feature from a female Saudi filmmaker. Beautifully crafted, admirably honest and unwaveringly optimistic, Wadjda provides fascinating insight into everyday life in the nation’s capital, Riyadh, and tells a sweet and uplifting tale of the earnest belief in life’s potential and teenage independence within a strict conservative culture. ★★★★ 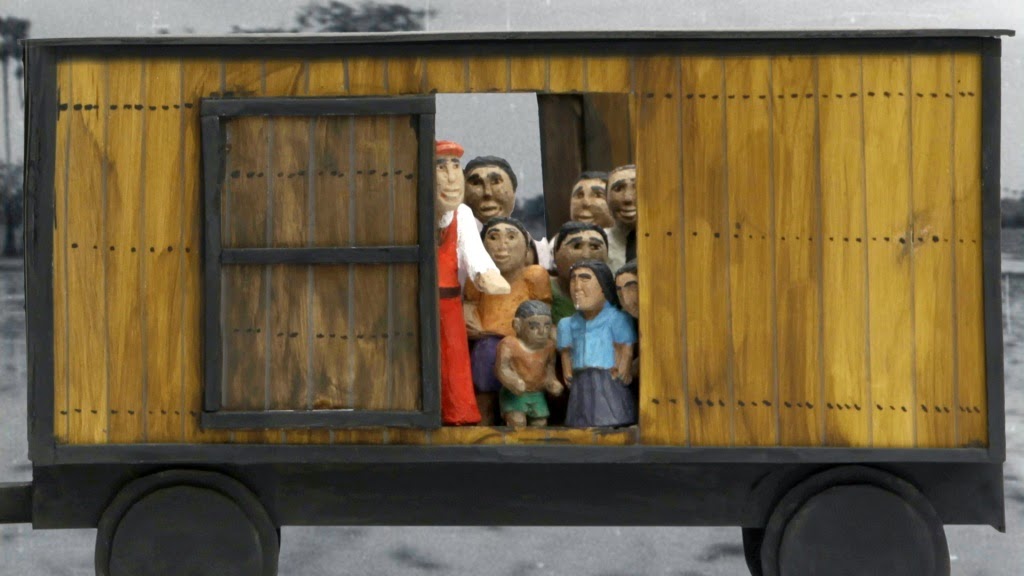 The Missing Picture - For many years, I have been looking for the missing picture: a photograph taken between 1975 and 1979 by the Khmer Rouge when they ruled over Cambodia. On its own, of course, an image cannot prove mass murder, but it gives us cause for thought, prompts us to meditate, to record History. I searched for it vainly in the archives, in old papers, in the country villages of Cambodia. Today I know: this image must be missing. I was not really looking for it; would it not be obscene and insignificant? So I created it. What I give you today is neither the picture nor the search for a unique image, but the picture of a quest: the quest that cinema allows. The Missing Picture offers very tough viewing but utilizing an impressively layered and unique cinematic language (a fusion of archival footage, hand-crafted clay figures and sets, and poetic narration) director Rithy Panh recounts a devastating period of overlooked and undocumented Cambodian history. An extraordinary amount of work has gone into the construction of this very important film. The sound design is one of many stand-out elements, but it is let down by some late wearying repetition. I haven't seen anything quite like this film, though I was working hard to keep up with the history lesson. It has a very limited release (I think it is screening in Sydney only at Dendy Newtown) but worth the journey if you're interested in challenging cinema and learning about one man's personal recreation of the atrocities that stemmed from Pol Pot's reign and the actions of the Khmer Rouge. ★★★1/2

Made in America: Directed by Ron Howard this engrossing multi-faceted documentary chronicles the 2012 debut of the Philadelphia-set “Made in America” music festival, organized and headlined by Grammy-winning hip-hop artist JAY Z (Shawn Carter). Given very little prep time before immersing himself in the energy of the musically and cultural diverse event, Howard proves his chops as a documentarian. He gives us an enlightening and entertaining backstage pass, interviewing not only the assembled roster of talented musicians but also the everyday Americans employed to cater and run the event. Through JAY Z’s personal connection to the city, we are taken around Philadelphia, and shown the sites of importance in the establishment of his towering career. There is an extraordinary range of artists admirably assembled by JAY Z for this concert – from veteran acts like Run-DMC and Pearl Jam, to alt-rock groups Passion Pit and Dirty Projectors, to hip-hop sensations Janelle Monae, Santigold and Rita Ora, to acquired tastes like Odd Future to Skrillex – who each attracted their unique audiences, but no doubt gathered some new fans. ★★★★

Cuban Fury - In 1987 a thirteen-year-old natural born dancer with fire in his heels and snakes in his hips is working himself up to explode all over the UK Junior Salsa Championships. But then: a freakish bullying incident on the mean streets of London robs him of his confidence, and our young hero finds his life diverted down a very different path. Twenty-two-years later, an adult Bruce Garrett (Nick Frost) finds himself out-of-shape and unloved - trapped in a downward spiral of self-pity, repression and Nando's take-outs. Only Julia (Rashida Jones), his smart, funny, gorgeous new American boss, gives him reason to live. But she's untouchable; out of his league. Luckily for him, she also has a secret passion. Thus, Bruce is once again brought face-to-face with the darkest and most powerful of his inner demons. Somehow, someway, Bruce must learn how to unshackle his dancing beast, regain his long lost fury and claim the love of his life.

Pompeii - Set in 79 A.D., Pompeii tells the epic story of Milo (Kit Harington), a slave turned invincible gladiator who finds himself in a race against time to save his true love Cassia (Emily Browning), the beautiful daughter of a wealthy merchant who has been unwillingly betrothed to a corrupt Roman Senator. As Mount Vesuvius erupts in a torrent of blazing lava, Milo must fight his way out of the arena in order to save his beloved as the once magnificent Pompeii crumbles around him.

I, Frankenstein -  Set in a dystopic present where vigilant gargoyles and ferocious demons rage in a battle for ultimate power, Victor Frankenstein's creation Adam (Aaron Eckhart) finds himself caught in the middle as both sides race to discover the secret to his immortality. Written for the screen and directed by Stuart Beattie based on the graphic novel "I, Frankenstein" by Kevin Grevioux, and brought to life by a cast that includes Aaron Eckhart, Bill Nighy, Yvonne Strahovski, Miranda Otto and Jai Courtney.

Ride Along - When a fast-talking guy joins his girlfriend's brother - a hot-tempered cop - to patrol the streets of Atlanta, he gets entangled in the officer's latest case. Now, in order to prove that he deserves his future bride, he must survive the most insane 24 hours of his life. For the past two years, high-school security guard Ben (Kevin Hart) has been trying to show decorated APD detective James (Ice Cube) that he's more than just a video-game junkie who's unworthy of James' sister, Angela (Tika Sumpter). When Ben finally gets accepted into the academy, he thinks he's earned the seasoned policeman's respect and asks for his blessing to marry Angela. Knowing that a ride along will demonstrate if Ben has what it takes to take care of his sister, James invites him on a shift designed to scare the hell out of the trainee. But when the wild night leads them to the most notorious criminal in the city, James will find that his new partner's rapid-fire mouth is just as dangerous as the bullets speeding at it.


Weekly Recommendation: We're in the middle of March, typically one of the year's weakest months for film. It is clear again. Wadjda, The Missing Picture and Made in America - which are all receiving a limited release, especially the latter pair - are all well worth seeking out. I intend the check out Cuban Fury from the others (purely because of the cast), but all have received poor to abysmal reviews.
Posted by Andy Buckle at 9:31 PM