In cinemas this week: The Monuments Men, Need For Speed, The Armstrong Lie, Hannah Arendt and Generation Iron. 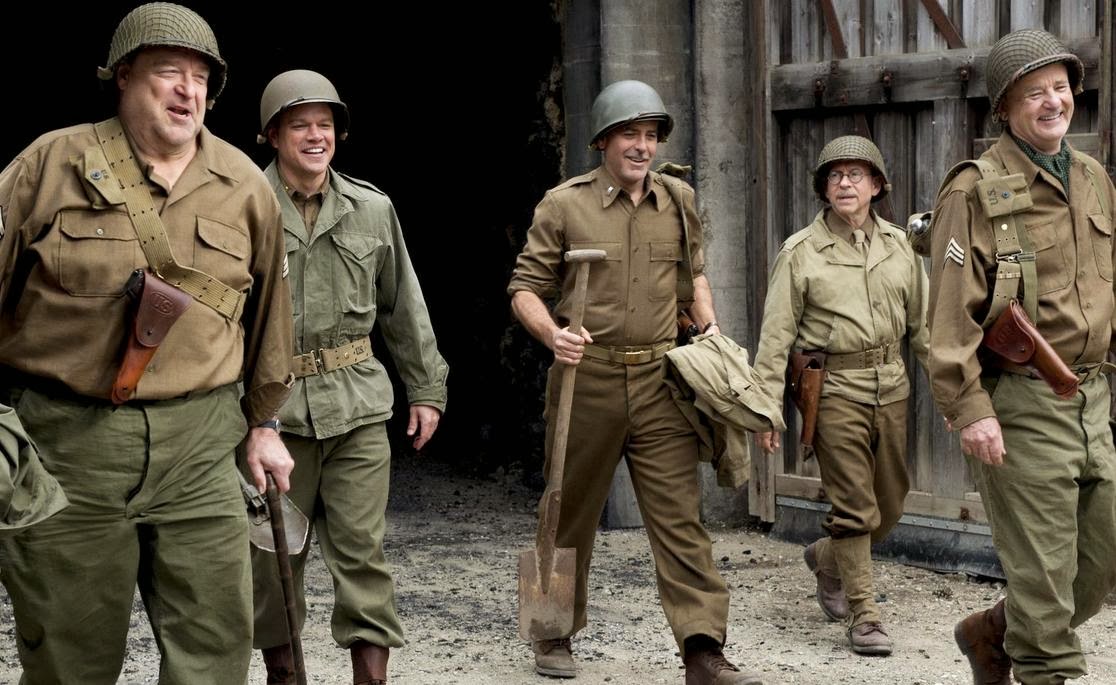 The Monuments Men: Based on the true story of the greatest treasure hunt in history, The Monuments Men is an action drama focusing on an unlikely World War II platoon, tasked by FDR with going into Germany to rescue artistic masterpieces from Nazi thieves and returning them to their rightful owners. It would be an impossible mission: with the art trapped behind enemy lines, and with the German army under orders to destroy everything as the Reich fell, how could these guys - seven museum directors, curators, and art historians, all more familiar with Michelangelo than the M-1 - possibly hope to succeed? But as the Monuments Men, as they were called, found themselves in a race against time to avoid the destruction of 1000 years of culture, they would risk their lives to protect and defend mankind's greatest achievements.

Need For Speed: Based on the most successful racing video game franchise ever with over 140 million copies sold, DreamWorks Pictures' "Need for Speed" captures the thrills of the game in a real-world setting. An exciting return to the great car-culture films of the 1960s and '70s, when authenticity brought a new level of intensity to the action, "Need for Speed" taps into what makes the American myth of the open road so enticing. The story chronicles a near-impossible cross-country race against time - one that begins as a mission for revenge, but proves to be one of redemption. In a last attempt to save his struggling garage, blue-collar mechanic Tobey Marshall (Aaron Paul) - who with his team skillfully builds and races muscle cars on the side - reluctantly partners with wealthy, arrogant ex-NASCAR driver Dino Brewster (Dominic Cooper). Just as a major sale to car broker Julia Bonet (Imogen Poots) looks like it will save the business, a disastrous, unsanctioned race results in Dino framing Tobey for manslaughter.

The Armstrong Lie: In 2009 Alex Gibney was hired to make a film about Lance Armstrong's comeback to cycling. The project was shelved when the doping scandal erupted, and re-opened after Armstrong's confession.

Weekly Recommendation: I have seen Need For Speed but my thoughts remain embargoed. The Monuments Men should be worth a look for the great ensemble cast, but reports haven't been great about Clooney's latest. Hannah Arendt and The Armstrong Lie will have very limited releases, and could be worth seeking out if you have interest in the controversial subjects. Last week's pair of All is Lost and Tracks come with higher recommendations, and if you still haven't seen Nebraska, get to it.
Posted by Andy Buckle at 6:46 AM