Corpo Celeste, selected in the Director’s Fortnight of the 64th Cannes Film Festival, is the debut film from 29 year-old Italian director, Alice Rohrwacher. This intermittently effective, but sensitive, and compassionate film doubles as a portrayal of youth and coming of age and an examination of the issue of Catholicism in Italian society. 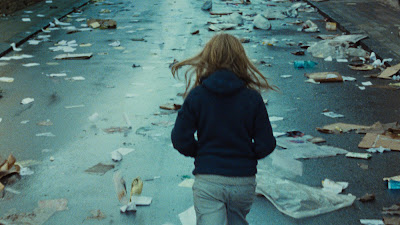 Marta (Yle Vianello), a quiet, intuitive 13 year-old girl, has just moved back to her dilapidated hometown of Reggio Calabria with her mother (Anita Caprioli) and domineering older sister, having spent the last ten years in Switzerland. The Southern town, devoutly Christian, is in decay, with the streets littered with rubbish, and with its citizens scavenging the local dumps for discarded supplies.
Bored and restless, Marta hangs out on the rooftops and wanders the streets, taking in the sights and sounds of the town. Having been introduced to the devout Santa (Pasqualina Scuncia) at a religious rally that opens the film, Marta is sent to the local church and enrolled in Catechism class. Run by Santa these classes are an opportunity for Marta to make some friends and have her interest in religion stimulated, with the events of the film and lessons leading to her eventual confirmation.

But Marta’s knowledge of Catholicism is nonexistent, recognized when she answers a simple multiple-choice trivia question wrong (to the snickers of her classmates) and hastily and awkwardly tries to replicate the cross sign performed by the Parish Priest, Don Mario (Salvatore Cantalupo). The lessons are quite ridiculous and Santa seems unable to teach these youngsters life lessons in addition to the doctrines. Her frustration becomes increasingly apparent, and the choruses she leads are so cheesy that even the Priest cannot listen to them in their entirety. Don Mario has worries of his own – spending his time trying to impress his superiors in the hopes of procuring a transfer and securing votes from local citizens in the upcoming elections. 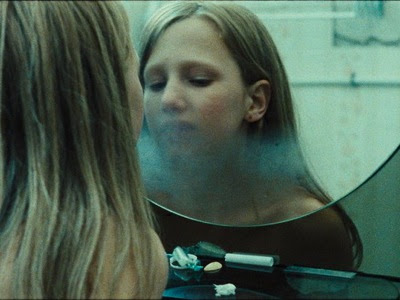 Marta, sweet, innocent and completely alone as she undergoes her adolescent physical changes, rebels against the established order of both her household (inadvertently causing conflict with her hostile sister and then cutting her own hair) and her classes (finally bonding with her peers over her discovery of a litter of kittens, only to see them whisked away by Santa). In the second half of the film she undergoes a journey of self-discovery and faith testing, and there are several key moments of profundity.
The film’s languid pacing is its main challenge. Marta doesn’t talk much and the film moves slowly. I felt my head drooping on several occasions; but there are several subtle pleasures, and confronting moments of drama, that feel genuinely earned, that recapture your attention. As a debut feature, there is certainly plenty to admire about this film. The talented Rohrwacher adopts an every-day minimalist approach that works as a throwback to early Neorealism and utilizes a raw, hand-held photographic style (from acclaimed cinematographer Helene Louvart, Pina) and documentary aesthetic reminiscent of the Dardenne Brothers. Even Marta seems to be based a little on Rosetta, the titular character from their award-winning feature, Rosetta. 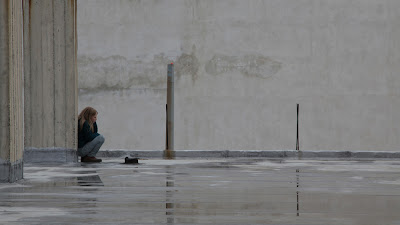 The camera is frequently capturing the characters in close-up, and the fleeting, natural emotions are what keep this film memorable. The performance of Yle Vianello was excellent and her photogenic luminosity and naturalness in front of the camera ensures she is one to watch.
Facing the hypocrisy and morality of the Christian population, Marta decides to influence her own journey rather than have it set out for her. Viewers are thrust into this impoverished Southern region of Italy, and the location becomes a character in itself. Though the pacing will prove to be trying for more viewers than not, this is a commendable debut and a pondering, thought-provoking little film.