Short Review: Uncle Boonmee Who Can Recall His Past Lives (Apichatpong Weerasethakul, 2010)

This is one of the most bizarre films I have ever felt myself completely captivated by. Uncle Boonmee Who Can Recall His Past Lives is a beautifully photographed, patiently paced meditation on life, death and relationships. Winner of the Palme d' Or at the 2010 Cannes Film Festival, Thai director Apichatpong Weerasethakul has created an original and mesmerizing film that warrants and rewards multiple viewings. I have now seen the film twice and though it's puzzling, and hard to describe and recommend, I feel like it is a very special film. 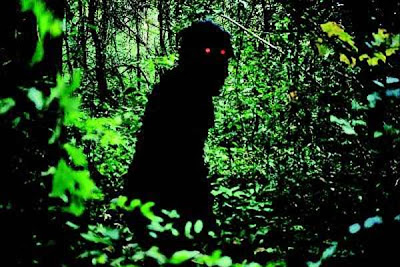 The film centers on the final days of its central character, Boonmee, a villager who has been diagnosed with acute kidney failure. He has retired to a forest retreat with his closest family (his sister-in-law and his nephew) and his personal carer, who treats his wound and prepares his daily dialysis. In one of the film's many extraordinary scenes, the family is sitting down to dinner when Boonmee is visited by the ghost of his deceased wife (who appears suddenly at one of the seats at the table) and his long-lost son, who enters the house in form of a monkey, and explains the circumstance of his disappearance. Though, undeniably creepy, I actually found these sequences to be intentionally comical, with the sudden appearances seeming to come as no surprise to Boonmee, who inquires as to why his son "let his hair grow so long". When Jaai, the carer, walks in on the group, he is shocked by the additional figures and declares that he "feels like the odd one out".
Throughout the film, Boonmee seems at ease with his illness and contemplates his life, his pending death and his idea that karma that has led to his illness. The meandering and pondering plot, which will no doubt be mind-numbingly boring for a lot of people, is strangely entrancing. Observing the beauty and tranquility of the natural environment, the camera lingering for minutes on the characters (and sometimes on animals - the opening sequence is of a buffalo enjoying newfound freedom in the forest) as they converse and complete seemingly mundane tasks. There is a very strange tangent in the middle of the film, where the story jumps to feature a disfigured princess engaging in sex with a catfish in a forest pool. There are so many elusive meanings to this film - and Weerasethakul is implying, I think, that Boonmee may have been one of these creatures in a past life, or perhaps after leaving his human body, returning as one of them. The buffalo, particularly, possesses some ethereal personality. It's haunting.
There is a complete absence of a score (that is until the puzzling final sequence) with most of the sound provided by the chirp of insects and birds in the forest. Purposely incomprehensible, the director finds magic in almost every single shot. I really can't explain what happens, it is baffling to say the least, but it is certainly an enthralling study of reincarnation, one that asks us to question how we truly value our families and our lives.