This idea was always going to be problematic, because anyone who has seen John Carpenter's 1982 version of The Thing (which is actually based on the 1951 Howard Hawks-Christian Nyby film, The Thing From Another World and the John W. Campbell Jr. novella, Who Goes There?) will know of the fates of the characters appearing in this film. But, this prequel, which is set three days before the events depicted in the earlier film, was given the green light based on the decision to reveal the intriguing circumstances that led to the startling events that open the '82 classic. There are plenty of possibilities, but it's frustrating to endure such a similar series of events. Sharing the same name, Matthijs van Heijningen's version follows a team of Norwegian and American scientists who discover an alien buried deep within the ice of Antarctica. 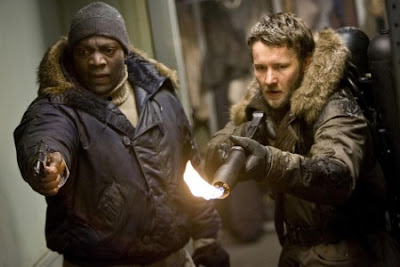 A young American palaeontologist, Kate Lloyd (Mary Elizabeth Winstead, Scott Pilgrim vs. the World) is recruited by crack scientist Sander Halversen (Ulrich Thomsen, In A Better World) and his assistant Adam Goodman (Eric Christian Olsen, The Last Kiss) to join a Norwegian scientific team that has discovered a crashed extraterrestrial spaceship buried beneath Antarctica. They discover the frozen corpse of a creature, which they recover and keep imprisoned in a giant block of ice. Following a test, which establishes that the creature is not of this earth, the creature comes to life and escapes. It begins terrorising the group, with Kate discovering that it has the ability to impersonate any life form it touches and absorbs. Sure enough, it is evident that no-one can be trusted, and it is up to Kate, and the crew's pilot, Sam Carter (Joel Edgerton, Warrior), to ensure the creature remains quarantined at the station.

First time director van Heijningen doesn’t fare well with the actors. None of them are particularly good, with the very appealing Mary Elizabeth Winstead delivering the most impressive performance. Invited to assist the mission, though being passive in the decision-making and possessing no power whatsoever, Kate is clearly intelligent and one of the only ones to rationally react to the situation. The others, and especially Edvard and Sander (the station commander), dismiss her far-fetched theories and underestimate the creature. She becomes the gutsy, levelheaded leader much to the chagrin of some of her counterparts. Joel Edgerton was cast in the ‘Macready role’ adopted by the exceptional Kurt Russell in Carpenter’s version, but it is actually Kate who comes to the same conclusions (well, identical) as Macready's character. Carter just isn’t an interesting character, and the fact that he is absent for an extended period of time didn’t help. 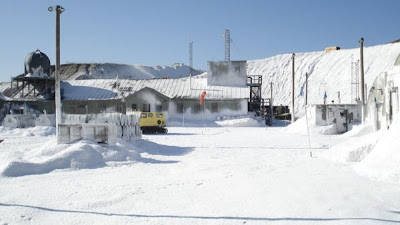 Ulrich Thomsen plays the slimy, big shot scientist who is content on collecting a sample of the creature for study at any cost, even if it means sacrificing members of his team. You know the type. Severely underused was Adewale Akinnuoye-Agbaje, who fans of HBO’s OZ will remember as Simon Adebisi. Here he has but a few lines and his removal from the film is lazy. It was too evident early on in the proceedings who the final players would be. What made the ’82 version so exceptional was the mystery surrounding who would be the next one sprung masquerading as the Thing. Here, there were some characters I expected to stick around.
Contrary to my expectations, I didn't find The Thing terrible. It is serviceable horror and there are certainly some commendable qualities. The CGI effects, though heavy, are often amazing, but compare that to Carpenter’s use of make-up, puppetry and naturally constructed creatures, which were groundbreaking in the early 80’s, it just can’t be praised with the same enthusiasm. The Thing is written as a prequel that can’t escape feeling like a straight up re-make. Only the ending scene, which plays through the final credits, ties this film into the film it is supposed to precede. As a result, it’s difficult not to compare it to Carpenter’s version. 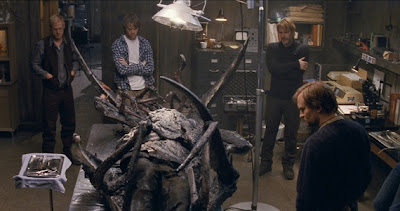 There are lots of scenes that replicate those in Carpenter’s – most notably the set piece where the characters are gathered in a room to participate in a test conducted to expose who’s who - and the film follows in its design (the Norwegian station resembles the American one). The efforts in this version pale in comparison, unfortunately. The heavy use of CGI, interest in cramming in shots of The Thing in non-human form (including a reveal that takes place way too early), maintaining a consistent stream of gore and resorting to jump scares whenever possible results in less genuine suspense and mystery, and less actual fear of one another, features that makes the ’82 version so good.
I’m sure I’m not alone in thinking that this creature is far scarier when it is hiding inside of a human. Most of the action is comprised of fleeing The Thing and eliminating replicated cast members. There are some clever misleads but it is never really effective in capturing the claustrophobic atmosphere of the base, or the stakes. We are bombarded with shock tactics, and it is disappointing to see van Heijningen end the film with an ineffective climax that seems influenced by Aliens. 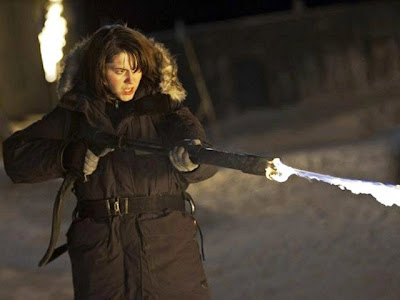 In short, viewers who haven’t seen earlier versions of this intriguing and thrilling premise will likely find this version quite acceptable, but this updated version of a masterpiece is completely unnecessary, and though not in any way offensive to fans of the earlier versions, it is disappointing. To state the obvious, there are far better films out there called The Thing.