Shame, the Steve McQueen/Michael Fassbender/Carey Mulligan collaboration that caused plenty of controversy at the Venice Film Festival and wound up winning a Best Actor Award for Fassbender, has been secured a release date in Australia. February 9, 2012. Around that time Fassbender could be vying for an Oscar, too. The film, which I have read, includes copious amounts of sex and nudity (not a surprise considering the main character in a sex-addict) will likely be branded with the R18+ rating. Here is a new promotional poster - U.S citizens get to see it from December 2. 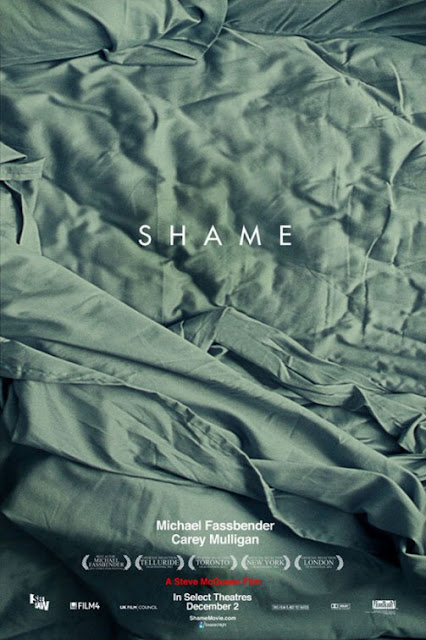