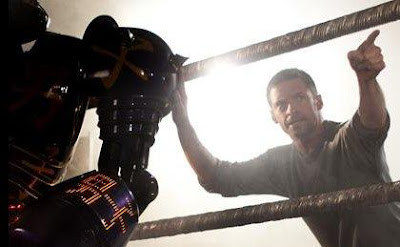 There are five new release in Australian cinemas this week, and surprisingly, three of them are opening at Palace Cinemas. Having said that, and this is contrary to common criticism, I don't think this is a strong week at all. I have no desire to see the Footloose remake, or the new Hugh Jackman film, Real Steel. I am yet to see Higher Ground, the only new film I will be checking out this week, which I believe is quite good, but I really find it hard to recommend both Norwegian Wood or The Hunter. But, here is a quick overview of each film, so you can make up your own mind:

Footloose - Writer/director Craig Brewer (Hustle & Flow) delivers a new take on the beloved 1984 classic. Ren MacCormack (Kenny Wormald) is transplanted from Boston to the small southern town of Bomont where he experiences a heavy dose of culture shock. A few years prior, the community was rocked by a tragic accident that killed five teenagers after a night out and Bomont's local councilmen and Reverend Shaw Moore (Dennis Quaid) responded by implementing ordinances that prohibit loud music and dancing. Not one to bow to the status quo, Ren challenges the ban, revitalising the town and falling love with the minister's troubled daughter Ariel (Julianne Hough) in the process.

Real Steel - This looks like a mix of Rocky, Transformers and a Spielberg film. Real Steel is set in the near-future where the sport of boxing has gone high-tech. Hugh Jackman stars as Charlie Kenton, a washed-up fighter who lost his chance at a title when 2000-pound, 8-foot-tall steel robots took over the ring. Now nothing but a small-time promoter, Charlier earns just enough money piecing together low-end bots from scrap metal to get from one underground boxing venue to the next. When Charlie hits rock bottom, he reluctantly teams up with his estranged son Max (Dakota Goyo) to build and train a championship contender, and of course, repair their relationship. I'm sorry, but this sounds really bad, and with a running time that clocks in at over two hours, I don't know if I could endure it.


Higher Ground - Vera Farmiga (not only a talented actress and a pretty face) has tried her hand at directing here, and her debut feature has been receiving solid reviews. Higher Ground depicts the landscape of a tight-knit spiritual community thrown off-kiler when one of their own begins to question her faith. Inspired by screenwriter Carolyn S. Briggs' memoir, This Dark World, the film tells the story of a thoughtful woman's struggles with belief, love, and trust - in human relationships as well as in God. I'll give it a shot.

The Hunter - Based on the acclaimed novel by Julia Leigh, The Hunter is a psychological drama that tells the story of Martin David (Willem Dafoe), a mercenary sent from Europe by a mysterious biotech company to the Tasmanian wilderness on a dramatic hunt for the last Tasmanian Tiger. There he is confronted with hostility from the locals and bonds with a drug-riddled woman (Frances O' Connor) and her children, whose father had disappeared in the wilderness months before. Though I remained absorbed throughout, it was definitely disappointing, and though the film delves into an array of moral crises surrounding animal extinction and land preservation, it really isn't very poignant at all. Just as Martin David begins to lose his sanity in the wilderness, the film loses it's way in it's laborious pacing. Dafoe is excellent, as is the tech work (if the photography becomes a little too obsessed with the forest).

Norwegian Wood - Tran Ahn Hung's adaptation of the classic Haruki Murakami novel (declared 'unfilmable') is not a successful one, though the films sumptuous visuals, impressive performances and emotional impact will be well-received by some. Set in the late-60's when Tokyo Universities were rife with political unrest, Watanabe (Kenichi Matsuyama) is a quiet, reclusive student whose deepening relationship with the emotionally fragile Naoko (Rinko Kikuchi, Babel) is haunted but fuelled by the spectre of a shared tragedy, the suicide of Watanabe's best friend and Naoko's boyfriend, Kizuki. Caught between Naoko's emotional breakdown and geographical retreat and the expanding and exciting world of his college life, Watanabe's loyalty is tested by his outgoing and sexually active roommate and Midori (Kio Mizuhara), a sexy, enchanting and free-spirited girl he meets on campus. As I said, it's a pretty film, but not very involving at all.


Weekly Recommendation: While The Hunter and Norwegian Wood will attract fans of the novels they are based on, and will likely draw more positive responses than my own, I would suggest waiting for films opening later in the month - Take Shelter, Midnight in Paris, Contagion, Drive and Warrior.
Posted by Andy Buckle at 1:14 PM