As I have done the last few years at the end of February, I am revealing my definitive list of 2012 films. My list at the conclusion of 2012 involved the films released in Australia during the calendar year that I had seen for the first time, plus any festival viewing. As we don't get most of the Oscar heavy hitters (like Django Unchained, Zero Dark Thirty) until January/February here in Australia, these films are not considered. As it stands, viewed between March 1, 2012 and today, here are my Top 30 2012 films. 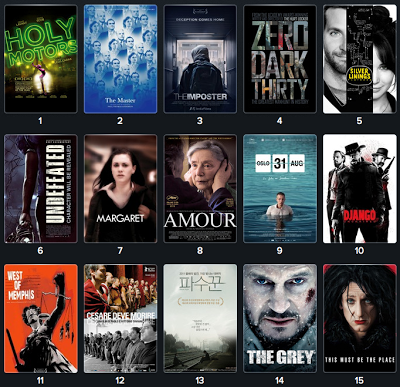 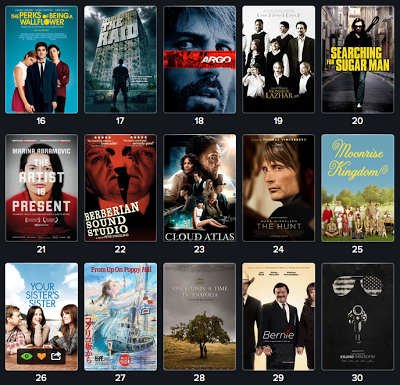